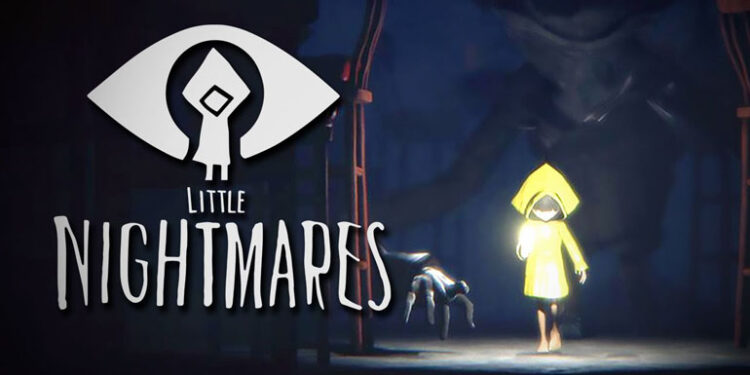 Let’s get one thing straight, I don’t like horror games. I’ve tried to play them but after many failed attempts I realised that being scared just isn’t my thing. However, when I first saw the eerie and atmospheric visuals of Little Nightmares I knew it was one game I couldn’t let slip through the cracks. In Little Nightmares, you play as Six, a little girl clad in a yellow raincoat who is trying to escape from a vile and terrifying place called the Maw. If you are looking for a straight forward story you won’t find it here. Little Nightmares is a game that revels in telling its story through its environments. Each room, little dark nook, and object slowly start to reveal bits of the game’s narrative. It’s this slow a methodical way of story telling that kept me constantly wanting to move forward and explore every dark, dreary and cluttered room in the Maw. Everything in the game feels familiar, yet just a little out of place to make you feel on the edge and unsettled. It constantly invokes a feeling that something is not right.

Visually, Little Nightmares is an unsettling mix of dreary greys and browns splashed with areas of bright colour that, along with the excellent use of light and shadow, kept leading my eyes to where I needed to go next. It’s a great way of helping the player figure out where to go without holding their hand or flashing a bright red arrow on the screen. The environments in the game tend to continually shift from, unsettling to creepy and even downright horrifying. Each of these environments feels dirty, grimy, real and lived in. I continually found myself wondering what exactly went on in each room. Six is exquisitely animated with every one of her movements emphasising her vulnerability. As a kid, I used to lie in bed terrified of what might be lurking in the shadows just outside my field of view. It’s these childhood fears that Little Nightmares so successfully preys on. While exploring each room and area you are never quite sure what dangers could be lurking up ahead. Luckily, Six is able to quickly flick open her lighter to help illuminate the darker areas players will come across. There were many moments though where I didn’t want to flick open the lighter for fear of what might be hiding in the darkness. What dangers does Six have to fear in this unforgiving place you might ask? Well, along with the many environmental threats such as grinders and high drops there are also large grotesque creatures roaming the many rooms of the Maw. These monsters, for lack of a better word, are some of the most unsettling creatures I have seen in any game recently. From a blind long-armed creature with a gaping mouth to a flabby monstrously oversized chef these denizens of the Maw seem like they could have been pluck straight out of a child’s fever dream. Now, being so small Six continually needs to evade these fowl creatures in her attempts to escape. It’s these moments of cat and mouse that kept my heart firmly beating in my throat. There are few things as exhilarating as narrowly escaping detection by ducking below a table as one of these creatures come stomping by. I continually found myself having to find a balance between flat-out running for my life (which mostly ended with Six being killed) and slowly sneaking around making sure to stay behind cover. Sound plays a much larger role in Little Nightmares than I first anticipated. Each environment is strewn with hazardous objects that Six needs to navigate around for fear of it revealing her position. Each loose floor board, or tipped over object could send a monster barreling down on Six and me screaming like a little kid. There are few things as terrifying in the game as hearing a creature searching for you just outside your field of vision and not being sure where it is.

As with most 2.5D games platforming is a bit of a challenge. In most cases not lining Six up perfectly will result in her missing her mark and ending up dead. And while Six is elegantly animated getting her to perform tasks, such as grabbing objects does tend to feel a bit clunky, especially in sections where one wrong move can mean the difference between living and dying. This tended to be the most bothersome in sections where Six needed to move quickly and precisely in order to avoid capture. Luckily, this is made less annoying be a very liberal checkpoint system. I rarely found myself having to start too far back from where I found my demise. Sadly, Little Nightmares ends far too quickly than it should. Clocking in at about six hours, I found myself wanting to see more of the Maw and its creepy inhabitants. Having said this, I do appreciate the fact that the game left me wanting more. It’s a testament to the game’s nightmare inducing immersion that kept me one my toes wanting to explore its grimy and dilapidated world further. The game never over-relies on jump scares but indulges instead in slowly building up the tension. It might not be the most difficult game, but it is one of the most atmospheric ones I’ve played in quite some time.

Little Nightmares is a game that will haunt my dreams for years to come, and I’m not so sure that this is a bad thing.