Linda Hamilton Is Back As Sarah Connor In Terminator 6

James Cameron is getting the original gang back again for Terminator 6, or depending on you see it, Terminator 3. Arnold Schwarzenegger is back as the man who inspired the T-800 cyborg and Linda Hamilton will return to her iconic role of Sarah Connor, which she originally played in 1984’s Terminator and 1991’s Terminator 2: Judgment Day.

Terminator 6 is turning out to be a 25-year reunion for the original cast of Cameron’s franchise. With Deadpool director Tim Miller and David Goyer penning the script, it might actually be just what’s needed to turn the franchise around. While fans might still feel burned by recent Terminator films and would prefer that the series discontinues, Cameron might be the right person to save the franchise from doom.

“As meaningful as she was to gender and action stars everywhere back then, it’s going to make a huge statement to have that seasoned warrior that she’s become return.”

“There are 50-year-old, 60-year-old guys out there killing bad guys, but there isn’t an example of that for women.”

Like Cameron, Hamilton has been out of the Terminator game for more than two decades, sitting out The Rise Of The Machines, Salvation, Genisys, and The Sarah Conner Chronicles. Emilia Clarke played a younger version of Sarah Connor in 2015’s Terminator Genisys, an epic failure that was panned by critics and fans.

Whether we like it or not, the Terminator franchise is out there! It can’t be bargained with. It can’t be reasoned with. It doesn’t feel pity, or remorse, or fear. And it absolutely will not stop… ever. 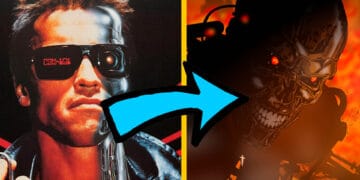