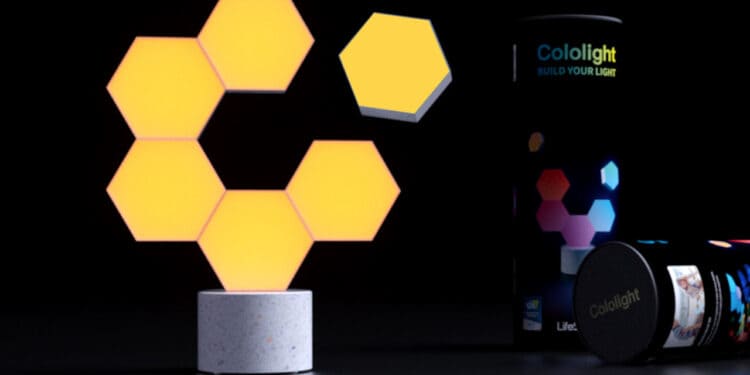 For many gamers, having a great rig or console isn’t the end of the story. Setting up a space for their gaming needs includes the inclusion of good peripherals, such as the mouse and keyboard, but also extends to gaming chairs and the surrounding aesthetics. For PC gamers, LED lighting has meant that custom setups are much easier today than they were a decade ago. It’s available in the rigs and peripherals themselves, as well as the inclusion of a smart light. The LifeSmart Cololight Pro aims to add to your lighting aesthetics with its LED hexagons. 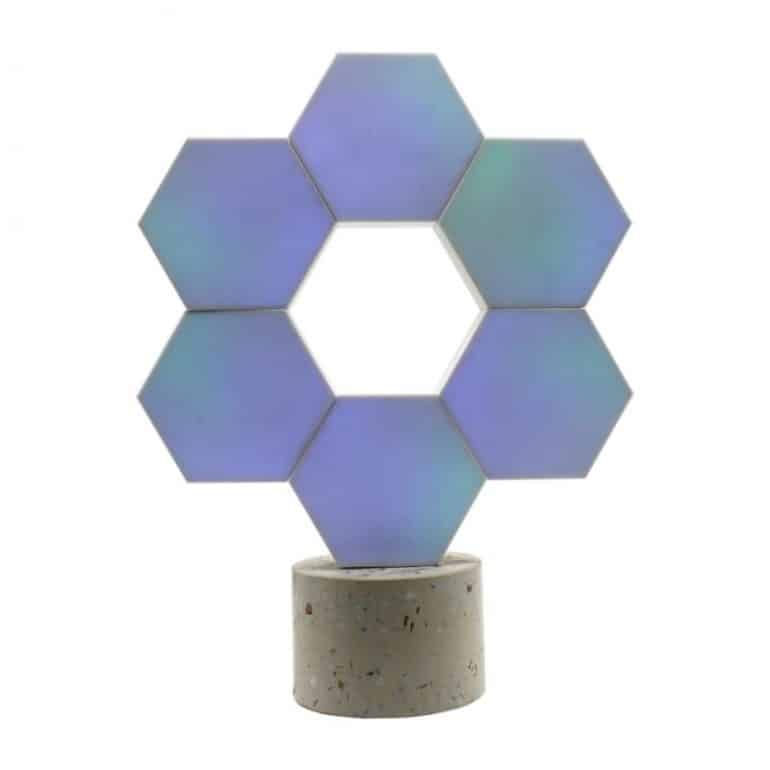 There are two models for the Cololight, the Plus and the Pro versions. The Plus includes just three hexagon panels and a base for power. However, with the Pro variant, its contents include six panels and a ceramic base.

The hexagonal panels are shaped to make it easier to attach multiple panels to one another. As a result, you can create a number of different customised layouts in addition to the default straight-stacked approach.

The ceramic base holds the design in position. It’s fairly solid, making it easy to stack the panels in multiple designs. Although the packaging includes just six panels, users can purchase additional panels to attach to create larger features. 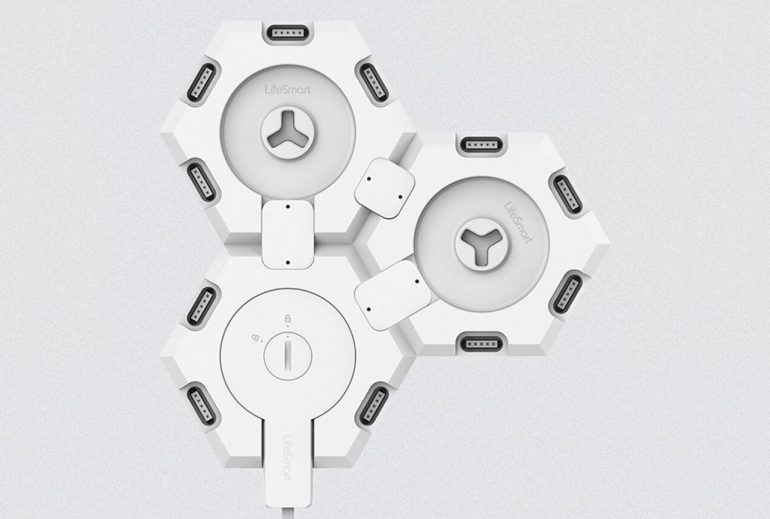 When first unboxing, you’ll unpack the base and six panels. In addition to this, you’ll also find a USB cable and a number of miniature connectors used to connect the panels together.

There is a specific method to setting up the LifeSmart Cololight Pro. Missing a single step would mean you’ll encounter difficulties. The first step is to connect the USB cable to the first panel, where it receives its power from. It clips onto the back of a panel, which then can be screwed in to hold it in position.

There are two types of connectors included. The longer ones are used to transfer power from one panel to the next. There are connections on all of the six sides of each panel. However, only one of these has a special connector used to receive power from the previous source, whether it be another panel or the base. If it’s not connected in this sequence, the power won’t extend from that point to the rest of the panels.

The remaining five connections are able to transfer power to another panel’s main connection. However, these can also be used to secure the panel in place when creating some more obscure layouts that aren’t as stable.

Once you’ve connected all the panels, you can plug in the USB cable into a power source and the LifeSmart Cololight Pro will power on. The default lighting pattern cycles through a few colours. There is a touch switch on the rear that can be used to cycle through a few other default patterns. Further than that, you’ll need to connect the panel to the app for more options. 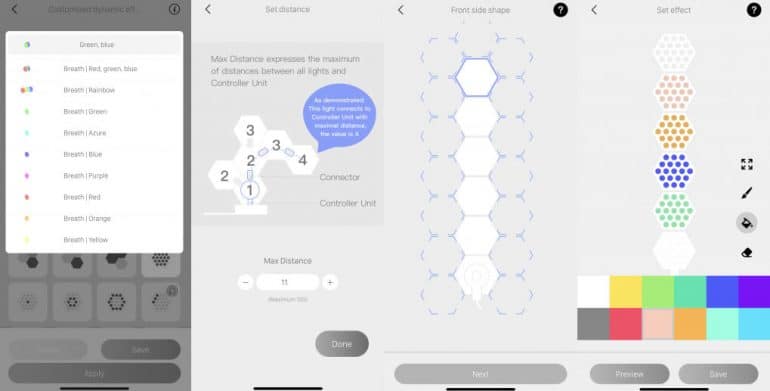 The app itself takes some setting up. For the first connection, users will have to pair with the LifeSmart Cololight Pro via Bluetooth. Once you’ve paired on the app, you can then setup the WiFi on the light to make things easier to use. This is the recommended way in which to pair and use the app.

It’s worth noting that the app has some difficulties when paired to a 5G-enabled WiFi. This meant I had to connect by means of connecting to my phone to run the basic testing. One thing I did notice is that every few hours, the device would disconnect from the WiFi. You’ll then need to unplug the USB cable and plug it back in again before it pairs once more. Not a major issue, but can be annoying.

Using the app, you have a full array of features to use, including the customised colours, themes, patterns and the likes. For more advanced features, such as individual lighting, it gets a little trickier. Within the app, there is a section called My Library. Here you’ll have to draw the shape you’ve created with the panels, and then only be able to set individual colours. This is so that the app knows exactly where each panel is located. The issue here is obvious, for anything beyond the bounds of the drawable layout means that it may not work as accurately.

The LifeSmart app also allows users to download preset themes and patterns as designs by the community. This is done via the Labs section within the app. It’s also not as straight forward to utilise, as you’d need to have the same configuration (or similar) to what the creator has used for it to work. Sometimes you may simply get the message that the setup wasn’t correct. There’s one specific error message, that there isn’t enough “distance” that confused me at first. This, effectively, is the distance each panel creates as you build. For six panels the maximum distance would be six, but if you have some panels doubling next to one another, it won’t’ count towards the “distance.”

In terms of the brightness and colours, it’s a mixed bag. The brightness isn’t that great, as a result of the matte covering atop of the LED lights. That said, the lighting options are great. Being able to mix any of the three main colours, red, green and blue, allowing you to customise the full hexadecimal colour options.

The LifeSmart Cololight Pro has a price point of around R1,399 (R1495 on Takealot). This is a modest price for the starter pack. Each additional panel, however, costs R199, which seems a tad bit on the steep end. Still, it’s great to know that expansion is possible.

If there is one thing I’d wish for more than any fixes is to have it be able to integrate with your PC or console in order to bring some lighting effects to your gaming. Otherwise, the LifeSmart Cololight Pro is great for ambient aesthetics.

Overall, the LifeSmart Cololight Pro is really solid smart light. There are a number of positives and negatives that, depending on your personal preference, would sway your perception. I can easily overlook many of the negatives, which is simply a matter of execution, as the positives far outweigh any of these.