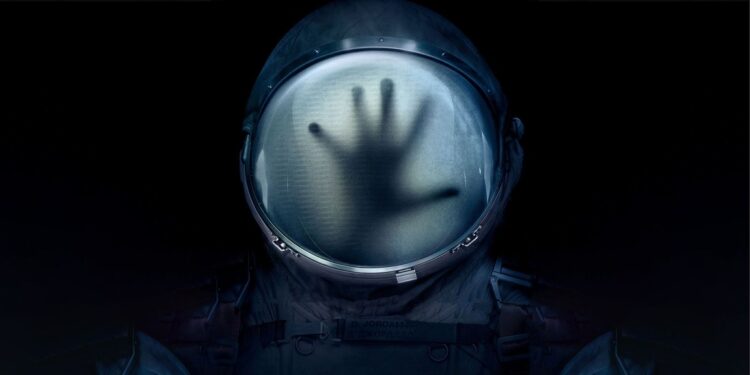 Against all, early indicators, Life turned out to be a hellava well-written movie, with some incredible directing, great characters, stunning visuals, and more than a few worthy scares.

The premise of Life is by no means original. One might even call it trite. A crew of astronauts discover microbial, extraterrestrial life, someone breathlessly utters the phase, “undisputable proof,” then cue the inevitable horror, bloodshed, selfless sacrifice, and vent-orientated shenanigans. It’s the kinda synopsis one might find scrawled on a napkin in a Los Angeles deli being passed by a young hopeful scriptwriter-slash-cashier to a man he kinda thinks maybe looks a little like Harvey Weinstein. The set-up of Life seems so smoothly trodden you could slide down it in your socks… only to come up short, twist your ankle, and maybe bloody your nose.

Starring Jake Gyllenhaal, Ryan Reynolds, Rebecca Fergusson, and five other actors and actresses whose names weren’t on the poster, the film opens on a daring attempt by the crew of the International Space Station to retrieve a capsule gone astray. En route to earth but thrown off-course by a small meteor strike, this capsule contains valuable Martian soil samples – and something that will change mankind’s understanding of the universe FOREVER! (spoiler: it’s life).

As mentioned, none of this is particularly original. But what the characters do next might surprise you! They all act like consummate professionals. In a twist that no one could have seen coming, every one of the characters is written and portrayed as a trained and qualified astronaut doing the job they’ve been sent to do. Their actions are considered and logical. Their relationships are solid. From beginning to end, they act like a team of professionals who likely had been training together for close to a decade before ever setting foot in the ISS; who had undergone extensive psychological testing to ensure that they were suitable for an extended stay in space; who understand their jobs, their orders, the risks, and who have planned for every imaginable outcome, for better or worse. You know, just like actual astronauts. There were no hotheads or wild cards, no shoot-from-the-hip flyboys just waiting to whip off their helmet in an alien atmosphere (we’re looking at you, Prometheus), no reckless, panicking scientists who “never signed up for this” (we’re looking at you again, Prometheus). Not once did I find myself waving my hands at the screen, angrily mouthing the word Why? and it’s, unfortunately, surprising how refreshing that was.

This speaks volumes to the quality of the acting in Life. While no one is walking away with an Oscar after this, everyone involved did an admirable job of bringing life to a group of friends and professionals dedicated to doing the job right – whatever it takes. Ryan Reynolds is trademark lovable though sincere as the pilot/get-stuff-done-guy, Rebecca Ferguson manages to keep her cool against mounting odds as the Quarantine Officer, and Ariyon Bakare and Hiroyuki Sanada do admiral jobs of being British and Japanese respectively while, miraculously, not succumbing to stereotypes. The biggest surprise of the lot, though, was Jake Gyllenhaal, who took this film as an opportunity to finally shrink back down to human size. Also, he’s the doctor.

I had the pleasure of enjoying Life at the Cape Gate IMAX and I would strongly recommend that anyone who feels so inclined should do the same. Daniel Espinosa does an incredible job directing this film, and his successful juxtaposition of deep space against the cramped confines of the International Space Station sets a tense tone that is ripe for some giddy, isolation horror – a genre that birthed some of the greatest science fiction films ever made – Alien, 2001 a Space Odyssey, Event Horizon, the list goes on – but that suffered unfortunately and unfairly at the camp, hammy, directorial style of the early 2000s.

While the ‘tiny inside good, big outside bad’ trope is a far stretch from new, Espinosa’s considered framing and clever use of drift-pans evokes it in a way that seems refreshingly original. Early in the film, during a pivotal plot point, we find all our protagonists engaged in a delicate, critical manoeuvre. As they focus all their attention on the pivotal task at hand, we find the camera beginning to drift. It spins away from the action, we lose track of the cast and instead find ourselves floating alongside a small sachet of juice as it bounces around the capsule, innocuous and unnoticed. We get the sense that the camera has somehow come loose and begun to drift around the cabin while the crew’s attention is elsewhere. It creates a surprisingly candid experience of the confined space in which they operate, while simultaneously, and quite cleverly, foreshadowing the sensation of helplessness that will pervade much of the film to follow. When we do finally get a look at the action outside the station, through a closely cropped portal, much of our view is almost immediately obscured as the crew presses together to see for themselves. The depth of separation between the cramped, safe interior and the threatening, infinite exterior is subtle but constantly, powerfully apparent.

Visually, Life is stunning and incredibly considered, and the attention to detail is admirable – most notable when Ferguson’s character sheds a tear that, rather than slide down her face, pools into a ball and drifts off into the cabin. Small details such as this create a film that is wonderfully immersive. Cheesy as this sounds, there were times when I, quite literally, forgot to blink. But if I had to pick the thing that shone the most, I would have to say the editing. Though considered and well-timed throughout the film, it is in the last fifteen minutes that it truly comes into its own, turning what could easily have been a trite, lacklustre reveal into a tense, edge-of-your-seat race to the credits.

Then, before I end off; the life form. There is a lot I can say about the alien antagonist of Life. Both good and bad. Unfortunately, delving into the specifics will inevitably result in a spoiler or two. A topic, though, that I’m sure will likely become one of contention, and one that I think I can safely comment on, is the design of the alien. I believe I understand the decision Espinosa must have made when styling the creature. But I’m not sure I agree with it. I think they could have done more – been a bit more audacious and pushed some boundaries. Creature effects have been on the up for years now and, for better or worse, audiences have come to expect something original and surprising. Recent movies like Splinter and Edge of Tomorrow, and shows like Stranger Things, have shown audiences how a uniquely conceptualised creature can add an additional, rewarding level of excitement to a film, and while I understand that this likely isn’t what Espinoza and his team had planned for Life, I can’t help but think that the film would have been better for it.

All in all, however, Life was an incredibly rewarding watch. And I would recommend it to any isolation horror fans who prefer getting to know their characters befor they’re eaten.