Earlier this year, February 2016, LG announced a lineup of mid-range smartphones ahead of the Mobile World Congress in Barcelona. The X-series, as the range has been dubbed, included a varied lineup that would cater for the different requirements and tastes of prospective buyers. LG’s lineup included the X Screen, X Cam, X Power, X Max, X Mach, and X Style. The devices each had standout features related to their names. The X-series also had a tie-in with the latest X-Men film, with each phone paired to a specific mutant capability. After a steady global release schedule, LG announced in July the X Cam would be available in South Africa.

As with most mid-range smartphones, there is always a desired selling point, which is not always the cost. For the LG X Cam, that selling point is its camera. While flagship devices are always kitted out with the latest and greatest, the mid-range and entry-level smartphones always tend to lack in almost every department in comparison. What LG aims to bring users with the X-series is one or two features from the flagship range, which users would prefer to have the most. We tested the LG X Cam over the course of two weeks, and the verdict is very impressive. 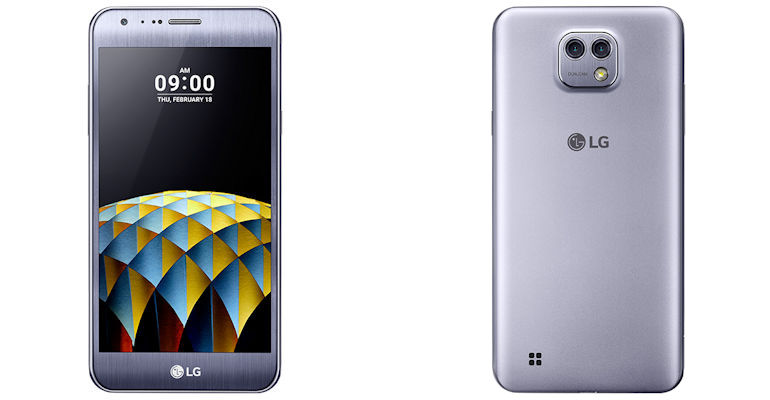 One of the first things you’ll notice about the LG X Cam is its weight. Upon unboxing, my initial thoughts were to reach in the box in order to insert the battery. Given that the X Cam has a non-removable battery, it would’ve made things quite tricky. But that’s just a mark of how light the device is, weighing just 118g. That’s a whole 20g on the recently released iPhone 7. One of the key elements of the design, leading to its lightweight body, is that the X Cam is unashamedly plastic, or metallic plastic to be more precise. Again, the initial observations dominated my thoughts, and I couldn’t help but think the grey plastic felt cheap. But, upon using the device as my daily driver for a few days, I was less troubled by the plastic approach, and began to admire the design instead.

While the build may be plastic, the design wasn’t just put together in the back of a garage before being sent to production. The curves are measured, making it easier to handle given the slightly larger frame, with additional curved on the face of the devices as the glass curves slightly on the top and bottom. The rest of the design is quite minimalistic, with the power button (on the right) and the volume rocker (on the left) almost flush against the body. Those are the only two buttons on the device as well, with no menu or home buttons to speak of. While I did admire the styling in this regard, it does, every so often, present a challenge of not being able to easily spot if the device is facing the right way, especially in lower lighting.

The overall build and design, then, delivers a mixed bag of results, with the design making up for some of the build quality. Being a mid-range phone, the build quality was always going to be less dramatic than its more premium siblings, but it isn’t anything to be ashamed of.

LG has fitted the second best screen on the X Cam, second only to the X Mach, in terms of resolution and pixel density. The unit has a 5.2″ IPS LCD capacitive touchscreen, with a 1080x1920px resolution, giving it a pixel density of approximately 424ppi. The screen has decent brightness levels and good viewing angles to boot. While it doesn’t compete at the highest level, in terms of its brightness, against competitors, I prefer to set the brightness slightly below the average, with auto-adjust for good measure. Colours are also good, resulting in clear and vibrant reproduction, but again isn’t able to compete at the highest levels. The HD resolution also makes for clear viewing pleasure, and the viewing angles are also quite wide. The contrast and deep blacks are also very good, this time well above average. 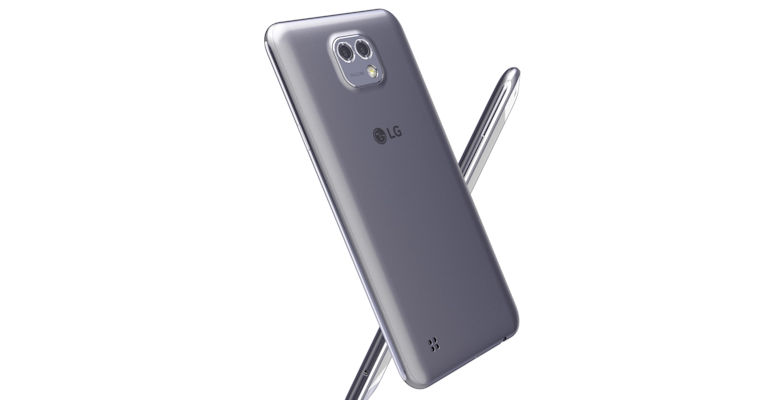 The LG X Cam is powered by a MediaTek MT6753 chipset, which has a 64-bit, Octa-core 1.14 GHz Cortex-A53 CPU. On paper, this seems like a very good build, and for the most part, it is. As a daily driver, the smartphone never lagged or showed any sign of processing tardiness. Running through a few benchmarks and doing some of the comparisons, the MediaTek SoC doesn’t achieve great results, and lags behind some major competition in the form of the OnePlus X and Lenovo Moto G4, and even the Huawei P9 Lite. Still, we can’t have benchmarks ruin a good thing.

There were, however, one or two glitches when it came to gaming. For the most part, the Mali-T720MP3 GPU was able to handle most, if not all games reasonably well. Even the likes of N.O.V.A. 3 and NFS No Limits produced excellent results. The issues arose, though, whenever there were some background ads and pop-ups loaded, and every few minutes or so, when it changed to the next queued ad, the was a notable second or two worth of lag, which, for certain games, made quite a difference. Switching the data and Wi-Fi off at this point does help the performance somewhat, but that isn’t always a good reflection on the device’s capabilities.

The battery performance yielded varying results, mostly on the positive side. Under normal, day to day, usage, I could use the LG X Cam for up to two days before needing to charge, and that included all my browsing, emails, and phones calls during that time. Add a game or two and a few videos, the consumption increases dramatically in comparison. Still, the X Cam could easily power through a full day before needing a charge, which I often did every morning before work. The non-removable, Li-Ion 2520mAh battery achieved some good results over the course of the two weeks, but, again, doesn’t quite compare to one or two other very good phones in terms of their battery life. 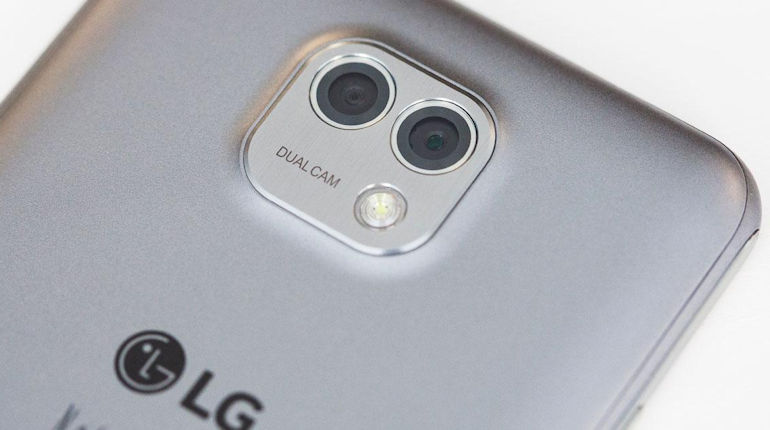 Before the review period had commenced in earnest, I was under no delusions that the LG X Cam was going to wow me in terms of the performance and build quality, especially given the market positioning of the device. That said, there are quite a few gems found scattered throughout, one of which I found to be the software. The unit runs on Android OS 6.0.1, a build from mid-June, and appears very close to the vanilla build. But it isn’t quite. LG’s version of Android, Surface UX, doesn’t have much bloatware in terms of apps, and appears a very clean build, but it has quite a few unique features built into the firmware to make it quite appealing. From the animations, to the gestures, there’s a lot to be said about the detail of the software. The more you explore the menus and submenus, the more you realise just how much is packed into the firmware.

There are also two builds of the UI, one with an app drawer, and one without, which is the set default. I quickly changed this to include the app drawer, and life was good again. The great thing about the software is how customisable it is, even giving users the ability to turn off some of the design features, like animations, while, on the other end, offering quite a number of useful shortcuts, like the double screen tap to turn on the screen. While most of the pre-installed apps have different icons than the vanilla build, many of the apps are available from Google. 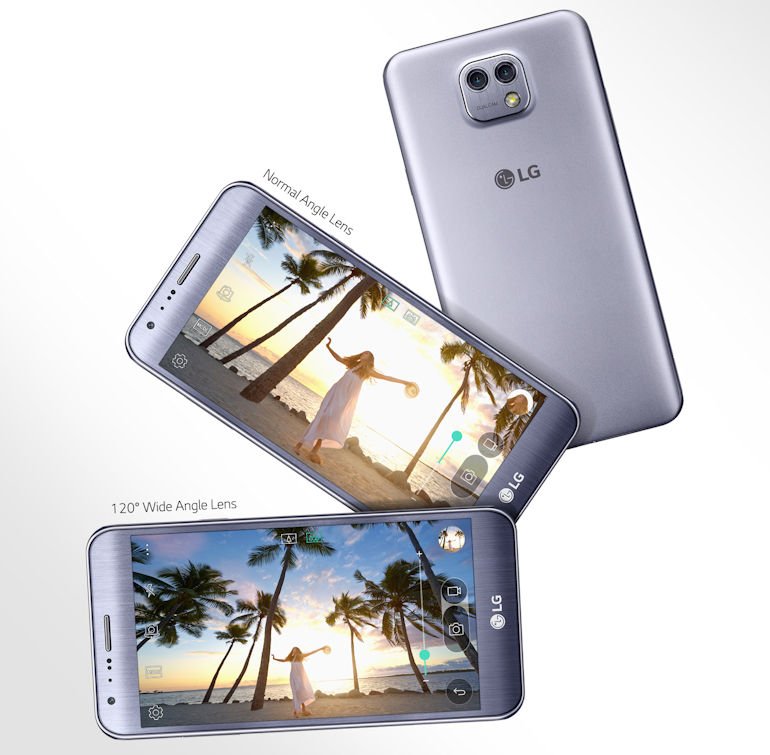 With a name like the X Cam, we had to put the camera through its paces and spend a lot more time taking photos than I’m used to. The rear-facing camera is a dual-lens camera, which has a combination of a 75°, standard angle lens with a resolution of 13MP (or 4160x3120px) and a wide angle lens of 120° with 5MP (or 2560x1920px) resolution. The camera has an aperture of f/2.0, which isn’t bad compared to the f/2.2 on the Huawei P9 and f/1.7 on the Samsung Galaxy S7. Photos in bright lightiging conditions make for some impressive shots, but tend to fade into a blurry mess as the light dims. The two cameras produce somewhat different results on their own, but combine to take quite a few good photos. For the most part, the 13MP standard angle lens takes better images than the 5MP wide-angle lens, often with better colours and lighting. The camera app is very simplistic to use, but does add to usefulness over the default settings. Where it does lack is in the post-capture processing, resulting in a wait of 3 or 4 seconds before being ready for a few additional snaps. The LG X Cam is quite good mid-range phone, and while it doesn’t see off any competitors in any of the reviewed categories, the overall package does rank quite high on the list. At an RRP of R5,499, the unit is reasonably priced in the mid-range market. The camera does a decent enough job at living up to the device’s name, but not good enough to beat out its competitors. While the device does perform quite admirably in all departments, the software detail, for me, makes it quite a catch, and easy to get used to. The LG X Cam is one of my favourite smartphones of the year, as a result, having become more attached to it than most of the other flagship devices used during 2016.