For centuries, there have been arguments between PlayStation, Xbox and PC players as to which platform is superior. And while each platform has it’s own pros and cons, a new study seems to suggest that Xbox gamers might be “better” at playing games than their counterparts on other platforms.

5 Things Xbox Has To Do To Win Over PlayStation Fans

Is Microsoft Working On A Hand-Held Xbox Device?

Microsoft E3 2019 Conference – The Next Xbox, Keanu Reeves In Cyberpunk 2077 And A New Battletoads

Sony And Microsoft Are Teaming Up For Cloud-Based Gaming

Tech company LG recently conducted a study in partnership with Activision to try and determine which gaming platform breeds the best players. The study found that console gamers, specifically those that play on Xbox, have better reaction ability, with PC gamers fairing the worst.

Now, you might wonder how LG came to this conclusion. The tech company used what they call their Elite Reaction test to see which player’s reactions were the fastest. The test had participants having to click on targets as fast as possible. It was then calculated how many they hit, how fast they were and how many were missed. Over 1400 people took part in the study.

The results saw Xbox players able to hit 78% of the targets, PS4 players 74% and PC players 70%. Good news for PC players is that, although they seemed to lack accuracy, they made up for it with much faster reaction time.

Marketing Manager at LG commented that although the study did show that Xbox players did perform better, it doesn’t matter how players choose to play as LG was dedicated to creating the best gaming experiences they could with their range of low latency 4K HDR TVs.

The study feels more like a marketing ploy than something meant to be taken too seriously. After all, there are just too many variables that LG didn’t account for when conducting the test. For example, the participant’s ability to lie about which platform they prefer to play on or participants fairing badly on purpose to distort the results.

What do you think? Does there seem to be some truth to LG’s study or is this just a clever marketing ploy? Are Xbox gamers really better at gaming? 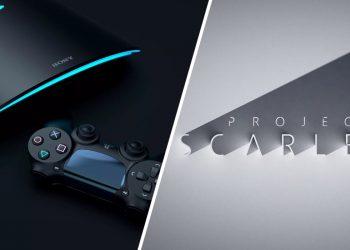 5 Things Xbox Has To Do To Win Over PlayStation Fans

Is Microsoft Working On A Hand-Held Xbox Device?