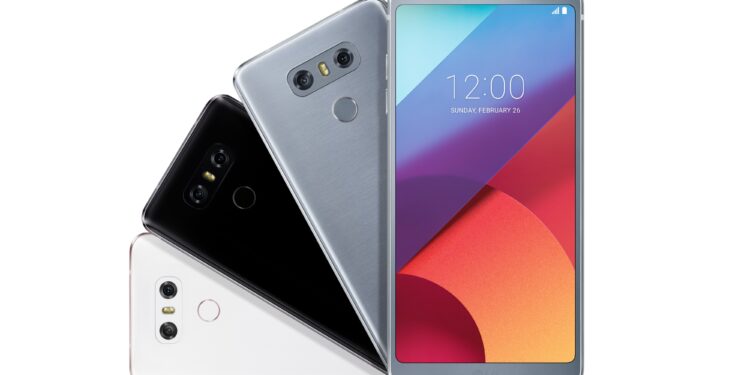 The LG G6 was announced at this year’s MWC in Barcelona and soon after it ended received numerous awards for design, function and much more. But LG wasn’t about to have it all their own way, even if things may have appeared shaky for giant OEM, Samsung. Over the course of a few weeks thereafter Samsung, Motorola, and (possibly) Sony launched their contenders for best smartphone for 2017.

With Samsung’s Infinity Display and Sony’s Ultra Slow-Mo, it will not be an easy run-in for anyone OEM in 2017. Away from cheap thrills and gimmicks in the form of modular approach, LG admitted to the those in attendance at MWC that the view pushed the company in the wrong direction. “We were wrong, but we listened and did better.” Instead, the 2017 version of the G-series was introduced by LG as the perfect smartphone for the modern-day user, based heavily on consumer feedback and scientific research. With sleek and minimalist designs, coupled with the perfect blend of processing efficiency over sheer computational power, does the G6 back up LG’s claim? And how close does it come to hitting the nail on the head? If there’s one word to describe the direction in design LG has taken with the G6 it is “minimalistic.” This, in my opinion, is already a very good sign that their research has paid off, as I’m sure more people prefer having a functional and simplistic design of a smartphone that’s both good to look at and easy to operate with one hand. Right down to the optimum size to hold the device in one hand, LG has really made sweeping changes to the more bulky G5 with its awkward protrusions on the rear-facing camera and fingerprint reader. Halfway through my time with the G6 it dawned on me that LG may have scrapped the entire design ethos they used with the G5 (most of which was engineered towards its modular approach), opting instead for the more measured approach. This is no doubt a brave move, and all the better for it.

The G5 was lighter, although only by a fraction, but the more solid metallic finish speaks volumes for the G6’s premium build. The G6 features the latest Gorilla Glass 5 on the rear of the device, with Gorilla Glass 3 on the front. The two glass panels are separated by means of an aluminium frame. The minimalist approach means that most of the buttons on the device are flush, with only the volume rocker protruding from the left side. The fingerprint reader doubles as a power button, which is fitted to the centre on the rear, towards the top of the device just beneath the dual-camera. While there have already been rumblings as to the Samsung Galaxy S8’s awkwardly placed fingerprint reader, the G6 has no such concerns.

The LG G6 includes an IP68 certification, which provides dust- and water-proofing able to be submerged in 1.5m of water for up to 30 minutes. All of the other features are quite standard, with the 3.5mm audio jack on the top, USB Type-C on the bottom, with the loudspeaker off to the right of the port. The nanoSIM and microSD card are fitted to a single slot that opens by means of a pin. Overall, the design feels quite complete, and despite it being a little heavier in hand than the S8, its solid build provides you with an ease in knowing it won’t just fall apart with the smallest bump. In fact, LG has bolstered the ruggability of the G6, and it’s able to withstand quite a bit of punishment, which should also include a drop on the floor (although I’d never want to perform this test without specifically being asked to).

One of the biggest changes over the previous G5 is the LG’s new screen, which marks the start of a new formula for the G-Series devices. The new panel has a 78.6% screen-to-body ratio, up from just 70% on last year’s model. The IPS LCD screen is measured at 5.7″, which has a 2,880×1,440px resolution. In addition, LG has introduced a new aspect ratio, now at 18:9, which is supposed to provide better viewing options for movies and daily multitasking requirements.

The longer “FullVision” display is quite a sight to behold and provides quite clear imagery for users to enjoy, with bright and vivid colours. This is largely in part to technologies such as Dolby Vision and HDR10 to provide these vivid images. Unfortunately, there isn’t that much content available for mobile to make full use of these technologies.

In addition, the concern I had with the new aspect ratio is that it doesn’t quite play well with many apps and movies. LG has included the option to stretch the native ratio within apps and games to meet the new requirement, but it doesn’t always look that great. Still, the option is there if you prefer it, as I’m sure you’ll get used to it after some time. Google has added the resolution to their Android program in the hope that more developers will start supporting it going forward.

Most flagships when released feature some of the most powerful chipsets available on the market, aiming to push the highest levels of performance it can eke out. That isn’t the case with the G6. LG has partnered with Qualcomm to develop the most efficient SoC for the G6, to fully utilise hardware such as the dual-camera. The Snapdragon 821 was chosen to power the unit’s hardware. When compared to the Snapdragon 835 fitted to the S8 and Sony’s Xperia XZ Premium, it’s down on power on benchmark tests. That said, the LG G6 performed quite swiftly, and I never had any issues during the two-week review period. During the launch event, both LG and Qualcomm highlighted the development in partnership for the LG G6 with the chipset to blend all aspects of the device into a well-oiled machine rather than bolting the biggest engine front. The work in development was extended to other hardware integration such as with the camera. Other specs include 4GB RAM, Adreno 530 GPU, 32/64GB internal storage and non-removable, Li-Po 3300mAh battery.

Despite the fine-tuning in terms of the CPU, the battery is somewhat of a letdown. Although it was able to deliver a full day’s worth of usage the suggested two to three days isn’t achievable for my daily consumption. I’m not the biggest power user, but I do run a game or two along with some apps a few minutes a day, although nothing that should trouble the LG G6. Some of the efficiencies of the battery include a heat-reducing internals, which directs heat away from critical components, while also cooling it in the process. And it’s quite noticeable to the touch with only the top side of the device reaching higher temperatures. LG has taken aim at Samsung, although not in so many words, in this regard, but the lack of out and out battery performance makes the comparison a bit mute. Compared to last year’s standout LG device, the V20, it lags behind normal battery tests by a few minutes.

The OS and software on the LG G6 runs quite smoothly, and there aren’t many issues to discuss. There are, however, a few small niggles, such as the OS tends to open a random app from memory after I hang up each call I made. This is quite a strange phenomenon, but nothing major. Other niggles include the lack of audio quality on the rather small loudspeaker on the bottom. This, once again, is strange, especially when you compare it to the V20, a unit that was built with the audiophile in mind, and delivers some of the best audio, thanks to its Quad DAC technology. Even weirder is the fact that the Asian version of the G6 includes this technology, but isn’t available in the rest of the world.

Over the years we’ve seen LG experiment a lot when it comes to their cameras. They went from including the dual-camera capability to removing it, only to find its way back. And it looks as if it’s back to stay in the LG G6. Although the dual camera first appeared as something of a gimmick, technology and software have progressed enough to find suitable value from them, something is now seen on quite a few other OEMs. Both front and rear cameras feature wide-angle capture, with the rear-facing having a 13MP camera, with 5MP on the front. Unlike the G5, the camera software is a lot simpler, and provide battery resolutions across the different modes. There are still some differences with the dual cameras, with the main camera featuring a f/1.8 aperture, which provides better photos in low light. Opting to use the wide-angle shot, however, will mean that this is reduced, and delivers sub-par images in the same low light conditions.

Where the camera really shines is under normal lighting conditions, as is the case with most cameras. With adequate lighting conditions, users can extract the most from the wide-angle lens, resulting in some really glorious images. Colour reproduction and crispness are also quite good here. The camera software makes life a lot easier for photographers, even when using the manual, Pro mode. There’s a whole host of features to be enjoyed, which includes 360-degree capture, slow-mo, and even a food mode for better colour reproduction of your Instagram food shots. There’s also a new square mode that allows you to take and combine 4×4 images to upload directly to your Instagram account while allowing users to build an animated image or multiple shots of your choosing.

As mentioned earlier, the integration of the Qualcomm chipset with the LG G6’s hardware makes the use of the camera quite smooth, even when switching between modes and cameras. While it may not be the most powerful camera around, the attention to detail and providing a system that’s easy to use makes quite a big difference.

LG has delivered an impressive device in the form of the G6 and it is a big improvement over the last year’s G5. In fact, this might simply be the best smartphone the company has produced. Although it isn’t the perfect smartphone it may have claimed to be, it does go quite a long way in taking the necessary steps in getting there. The device proves that there’s no need for fancy gimmicks, or even outright computational power, but rather a device that’s built from the ground up to offer efficiency over all else. Unfortunately, the battery doesn’t match most of the other features of the G6 but isn’t too much of a train smash.

At an RRP of R12,099, it will definitely be priced aggressively in comparison to its competitors, which makes it all the more appealing to prospective buyers. Having already switched back to my daily driver, I’ve already started to miss some of the features and ease of use of the LG G6. I’m still in the market for an upgrade, which is already available. Although I’ll only make my final decision in the next month or two, the G6 is the front-runner thus far, but not for long if the other players live up to their promise. The ball’s in your court now Samsung, LG, and the rest of the pack.