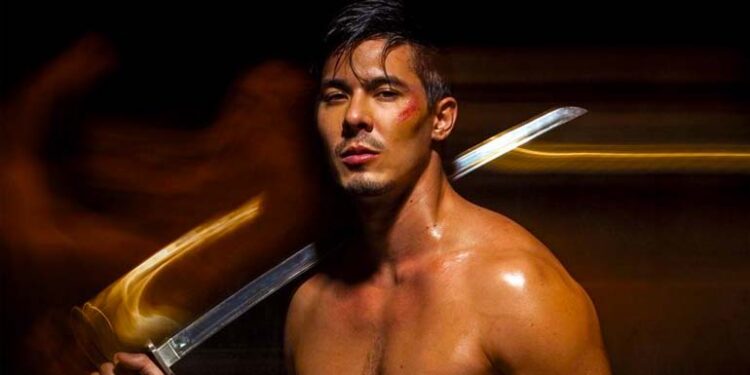 Lewis Tan (Into the Badlands and Deadpool 2) teased a meeting with DC on his Twitter account yesterday. Tan mentioned how his father, Philip, had a role in Tim Burton’s Batman (as one of the Joker’s henchmen) and that things have come full circle now.

Great meeting ?? My father started in this business with Tim Burtons #Batman, soon will be full circle. #DC @TheDCUniverse pic.twitter.com/n8jmwTs1hI

Tan did tag DC Universe, which is DC’s new streaming service that is set to launch later this year, so that could indicate a role in either Titans, Swamp Thing>, or Doom Patrol.

Interestingly, one of the books in Tan’s hand is Ed Brubaker’s Batman Vol. 2. Now that storyline doesn’t match up with anything that DC is doing at the moment, but it’s possible that there’s something else in the pipeline.

At the same time, we know the DCEU might be experiencing a rebrand, and since the comic books and TV shows are under the DC Universe umbrella, maybe the films will follow suit too. If that’s so, we wouldn’t be surprised if Tan is in the running to portray Dick Grayson/Nightwing in Chris McKay’s Nightwing film.

News on that front has gone cold in recent months, but that doesn’t mean it’s been canned. It’s possible that work is taking place behind the scenes and McKay is keeping his cards close to his chest. Anyone who has seen Tan’s martial arts skills will know that he has what it takes to take on the physical and high-flying role of the former Boy Wonder.

Tell us, who do you think Lewis Tan will be portraying in the DC Universe?