Celebrating the 35th anniversary of the Super Mario Bros. franchise on the Nintendo Entertainment System™ 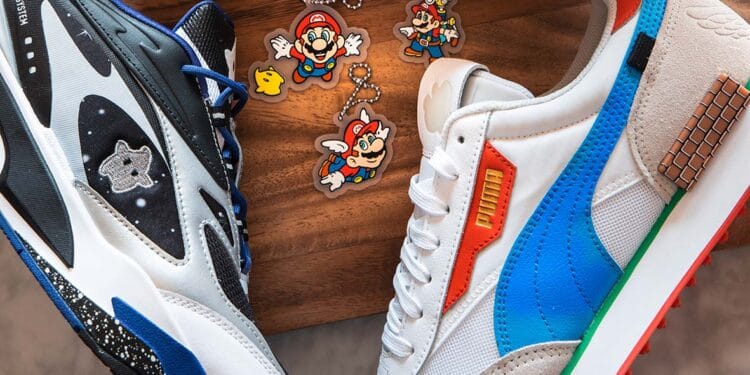 Two months ago, PUMA and Nintendo joined forces to celebrate the 35th Anniversary of Super Mario Bros. franchise on the Nintendo Entertainment System. The drop featured only one sneaker, the PUMA RS-Dreamer Super Mario 64. Teaming up to continue the celebrations, the duo has released a Super Mario Bros pack. 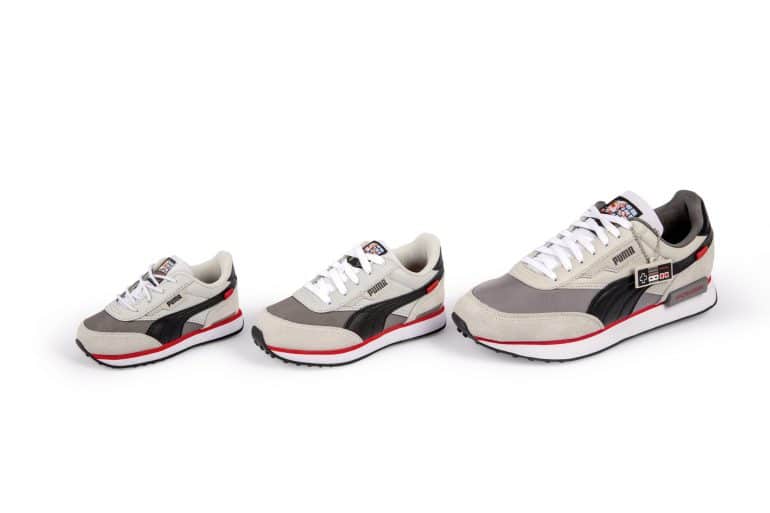 Having teased more to come after the first drop in September, the wait is finally over. The second drop from the PUMA and Super Mario collection is only a few days away.

Also included are graphic elements from the Nintendo Entertainment System console. The console was key to the success of the Super Mario Bros. franchise. The collection features a mix of unisex sneakers and apparel for all ages.

There are three silhouettes dropping for the pack in South Africa. This includes the Future Rider Super Mario 64 (R1,999), RS-Fast Super Mario Galaxy (R2,899) and Future Rider Nintendo Entertainment System™ (R2,499). In addition, there are two that unfortunately won’t be coming to SA, the Clyde and updated RS-Dreamer.

The Future Rider Super Mario 64 is based on Mario’s first 3D adventure. This includes his iconic red and blue outfit, Wing Cap and the landscape. As a result, the palette is easily recognisable. There are also a few details added, which includes the bricks on the midsole stabiliser, wing embellishment on the heel and Super Mario 64 hangtag.

The RS-Fast Super Mario Galaxy takes its design cues from the game, which transported Mario into deep space in 2007. It features a black, purple, white and metallic silver palette, as well as a galactic print. In addition, Mario’s sidekick, Luma, is also noticeable throughout the design.

The third sneaker drop is the Future Rider Nintendo Entertainment System™. It is set to drop on 4 December, which also includes kids and infant sizes. Paying homage to the NES console, the Future Rider features a mix of grey, red and black colours. In addition, design cues include a tag on the tongue, as well as the power and reset buttons. Rounding off the tribute elements is the Classic NES™ Controller hangtag. Level up with PUMA and Nintendo as they celebrate the 35th anniversary of Super Mario Bros. on the Nintendo Entertainment System.