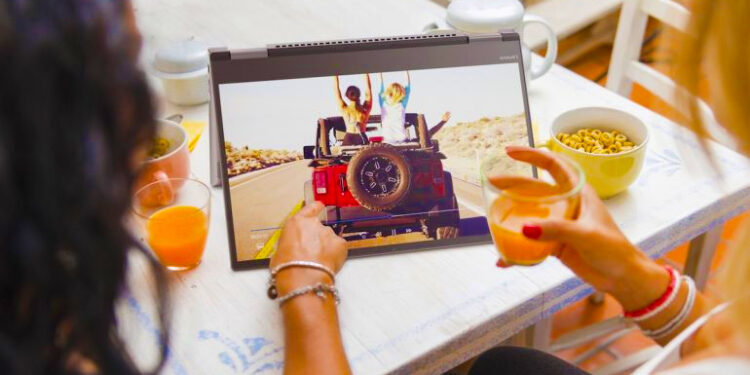 If 2016 was the year the hybrid became a household staple for the majority of new laptops, 2017 is the year the touchscreen reached adulthood. While most low to mid-range units only offer the touchscreen as a means to an end, there are many manufacturers who’ve taken to the technology, making it more of a function and a feature. Earlier this year, Lenovo launched a new lineup of their Yoga laptops, which included the 720 and 520 units. While the former may be the better equipped, the Lenovo Yoga 520 is by no means a bare-bones laptop. 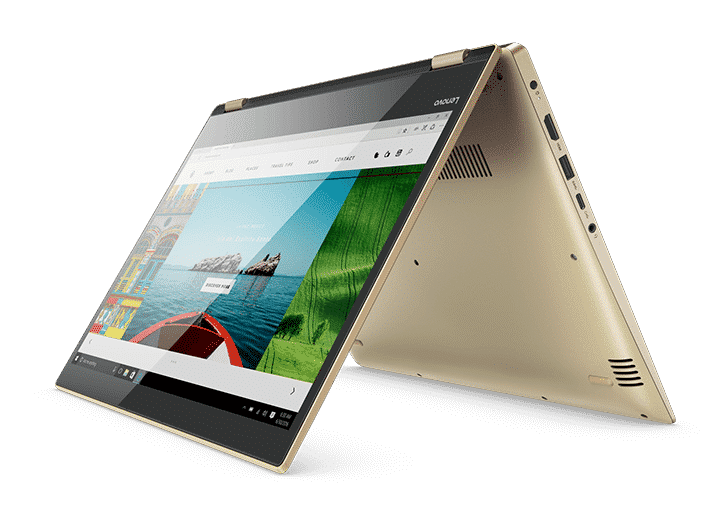 The 2017 variants of the 720 and 520 are iterations of their 2016 predecessors with the same name, with Lenovo make improvements across the board on both units. One of the first things to notice between the 2016 and 2017 version of the 520 is that it has seen a drop in weight and overall thickness.

The Lenovo Yoga 520 achieves a thickness of 19.9mm and a weight of 1.74KG. Compared to many other laptops of the similar screen size and feature set, the laptop is a bit on the heavier side, although it doesn’t matter that much overall. The 520 also has a more plastic build, a factor on the weight, although it does feel quite sturdy, with no clicks or bends to speak of.

While the unit may be made predominantly of plastic, the design thereof is to imitate the anodized aluminium look and feel. Lenovo has done a really good of it and you won’t simply pick it up and call it out for being plastic.

The solidity of the device extends to the hinges at the back, which are quite firm. It may actually be just a little too tight when you’re opening and closing the lid, but I won’t mind that at all if you’re secure in the knowledge it won’t just loosen over time or start to rattle the monitor as you’re typing on your lap. You will, however, need both hands to open the lid, which isn’t helped by the fact that there’s no slot or grip to divide the lid from the base as you try to open it in one hand. The additional firmness, however, does also mean that when in tablet mode, you won’t be contending with any loose parts and creaks either.

While the outside frame may be made of mostly plastic bits bolted together, the interior has much more a sense of it being a more premium unit. The interior does make use of some anodized aluminium, which comes in the form of a roughened sheet of sorts. The sheet is quite sturdy, as with the rest of the unit, and doesn’t give way as you put additional pressure on it either.

In terms of the interfaces, the Lenovo Yoga 520 does a good job of offering quite a few. On the left-hand side you’ll find, from the back, the DC charging port, a full-sized HDMI port, a USB 3.0 port, a USB 3.1 Type-C port as well as a 3.5mm jack. The right-hand side isn’t as illustrious, with another USB 3.0 port, SD card reader and a power button. It offers a good balance of clicky keys on the keyboard with a decent feel and gesture recognition on the touchpad. As with some of the previous units I’ve reviewed in recent times, the touchpad is ultra-smooth and silky, a trend that may be here to stay, although something I, personally, don’t enjoy that much. That said, I do like the fact that as a result of the more slick surface, gesture-based movements are much easier picked up and mapped.

Overall, then, the Yoga 520 has a good mix of results from the different components in terms of build and design. It may not be the most premium in any department but, given the price and market of the unit, what you’re getting is a whole lot more for less. 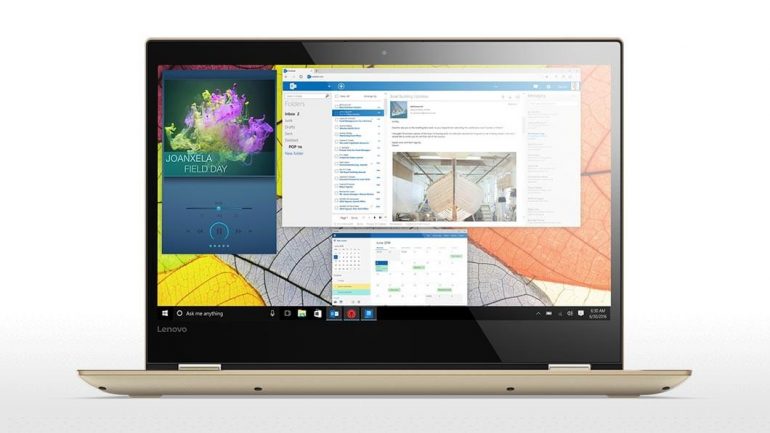 The 520 is fitted with a 14″ HD IPS touchscreen panel. One would then expect that the 720, the more premium unit, would have a slightly larger screen, but instead is only measured at 13.3″. The 520 has two screen options available for potential customers, Full HD or HD. The HD panel of 720p resolution, while the FHD offers a more impressive, but industry standard, 1080p resolution. While the unit I received for review was on the bottom end of the scale in terms of extras and options, it did include the 1080p screen resolution. The bezel on the lid between the screen has also seen a reduction over the previous unit, moving from 12.3mm to a much more impressive 7.6mm.

In terms of colours, brightness and contrast, the Yoga 520 does well in all departments. The colours are quite vivid, and deep blacks are a lot better as well, even in full daylight, offering great visibility. Speaking of being out and about in daylight in full sunshine, the unit’s screen is quite reflective, which also makes quite a lot fingerprint wiping as you touch the screen to make use of its touchscreen capabilities. 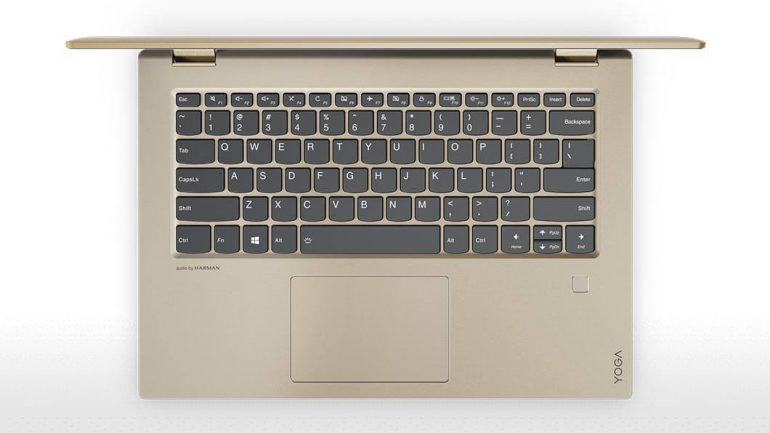 In terms of the hardware fitted to the Lenovo Yoga 520, you’ll find Intel’s Core i3-7100U Dual-core chipset with 2.40GHz clockspeed, 4GB DDR4 RAM at 2400MHz, Intel HD Graphics 620 as well as a 256 M.2 PCIe NVMe SSD. While the CPU and RAM may not set the world alight, it’s the inclusion of the M.2 SSD card that makes quite a big difference here.

The unit has rather impressive results and benchmark scores, outclassing a few units with Intel Core i5 and better RAM. This is the first unit I’ve reviewed which included the M.2 SSD option and delivers results that are quite impressive on paper, and in the real world. Boot up times were minimal, and daily tasks were just as good. Even more interesting was It’s overall gaming capabilities as a result of this. With previously similar setups, I would struggle to play some of the more basic of Steam games, often times having to reduce the graphics settings to accommodate the integrated graphics. With the addition of the SSD here, I was able to play a few fairly recent games at low to medium graphics without any issues. Although many of the games still have a high reliance on the CPU and GPU capabilities, the SSD adds a slight of an advantage when you compare units without the M.2 variant. There are some units that offer a basic Nvidia GPU as an option, but I wasn’t afforded that luxury for the review.

While the unit has been streamlined a bit in terms of size and weight, Lenovo hasn’t taken away from the battery life with its 35Wh battery. You’ll easily be able to eke out 10 hours of work between charges as the low-powered SSD and CPU makes for quite effective results. With more strenuous tasks, you will half the battery life as observed during testing. Running a few benchmarks and high-powered tasks and you’ll be able to manage around two hours of battery life, which isn’t too shabby. 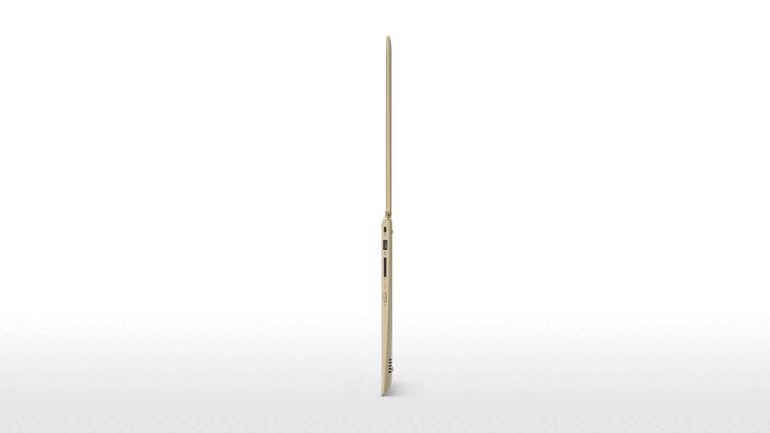 As with many modern laptops, the Lenovo Yoga 520 is no different when it comes to bloatware. There are quite a number of pre-installed apps on the device, which also includes the antivirus software, along with a few third-party apps as well. Lenovo’s own apps include the Lenovo Companion App, which provides a central store approach to download some updates and the latest apps for your device, the Lenovo Settings app, as well as the Lenovo App Explorer. To be honest, I could do without all of these apps, as they served almost no purpose for me during the review. A cleaner build would have been preferable as I couldn’t find much use for the bloatware even after a few search attempts.

Interestingly, Lenovo does offer support for a pen/Stylus device on Windows. Unfortunately, this device is optional and wasn’t included in the review. Given that the modern touchscreen has extended beyond the basic requirement to move objects around with your fingers, I would have suspected the pen would have been a must here. 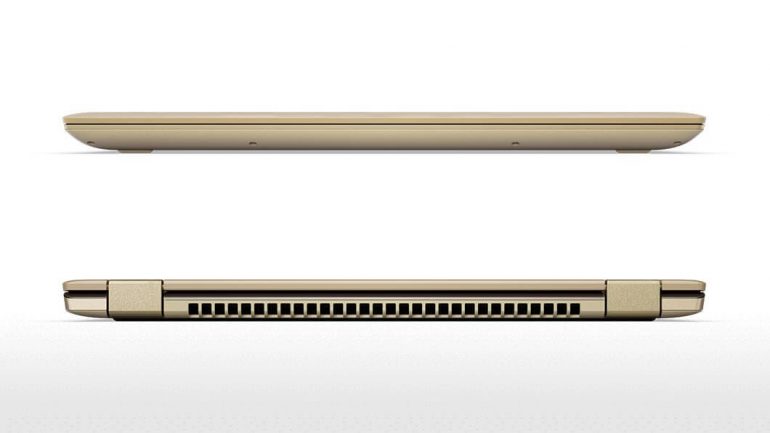 The Lenovo Yoga 520 provides a great balance between power, efficiency and low cost for a low-end laptop. I was quite impressed with the overall experience, even without some of the optional extras.

At an RRP of under R10,000, the unit is quite affordable as well. Searching through some of the online sites, you’ll be able to find a good deal under the R9,000 mark, and with the festive season around the corner, there may just be a few more deals lurking.