Gamers have been spoiled for choice in 2020 when it comes to their chosen console. Whether it be Windows PC, Xbox or PlayStation, there’s quite a lot to choose for their mid to high-end gaming requirements.

There are many brands to choose from when it comes to PC gaming. Lenovo has featured many options when it comes to portable gaming, whether from entry-level to high-end. Its recently released Lenovo Legion Y540 gaming laptop offers prospective buyers a flexible option that isn’t just all about gaming. The design keeps most of the same features, including the unique Lenovo hinge. The hinge sits a bit further forward than most other laptops, which leave a bit of a rear sticking out when the lid is opened. But it’s not without purpose. It allows the lid to fold back 180°. Something you don’t often see on a gaming laptop.

When it comes to build quality, the Lenovo Legion Y540 is fairly solid. The laptop is crafted mostly in plastic, but remains mostly minimalistic. The lid features a sort of textured ripple pattern, which emanates from the “O” of the LEGION logo on the left-hand side.

The logo is similar to that of the previous units, but is ever so slightly flashier than before. Engraved into the plastic with the “O” featuring the logo, which also lights up when powered on.

With the plastic build, the unit keeps most of the weight down at around 2,31KG.

Back on the rear, in addition to the angle of the lid, it also serves a dual purpose. That is the housing of most of the ports. On the rear the ports lineup neatly. This includes a USB 3.1 Gen 2 Type-C, NOVO hole, USB 3.1 Gen 2, HDMI 2.0, RJ45 Ethernet, Mini DisplayPort 1.4 and Kensington Wedge Lock slot.

Lenovo has also fitted two additional USB ports, one on either side of the unit, in front of the side vents. There’s also an additional 3.5mm microphone/headphone combo on the left-hand side. 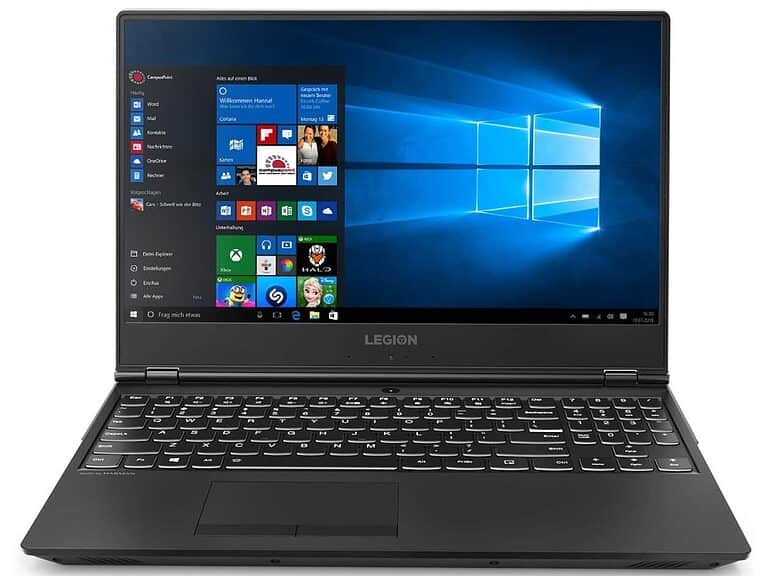 The IPS panel has an anti-glare film, which is fairly good. The display has a 1920x1080px resolution and 72% colour gamut. The contrast ratio is good as well.

However, the brightness is a bit on the low end at around 300 nits. It does the job for the most part, but it’s not going to wow you. The refresh rate makes up for this with a smooth gaming experience.

While the Lenovo Legion Y540 is a mid-range gaming laptop, there is a more affordable variant with a 60Hz panel. The brightness is also somewhat lower on that screen at around 250 nits. 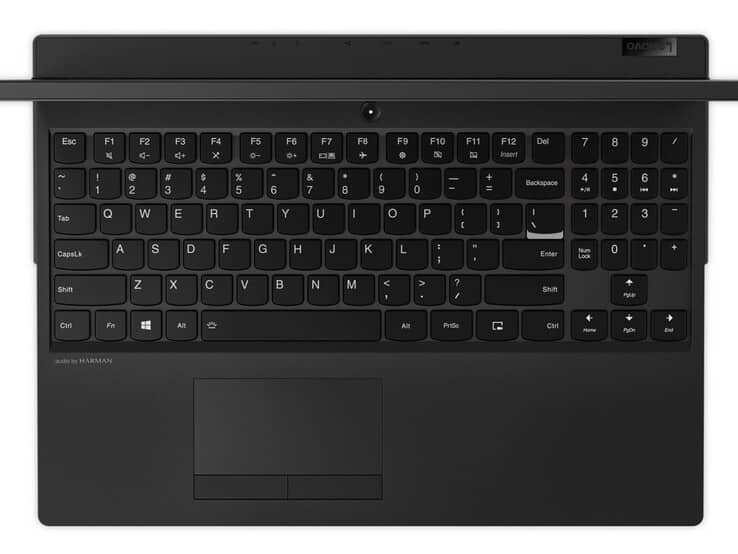 The laptop runs on Windows 10 Pro OS, compared to many other budget-friendly laptops that typically run Windows 10 Home. The Pro version has better security options, if you require. 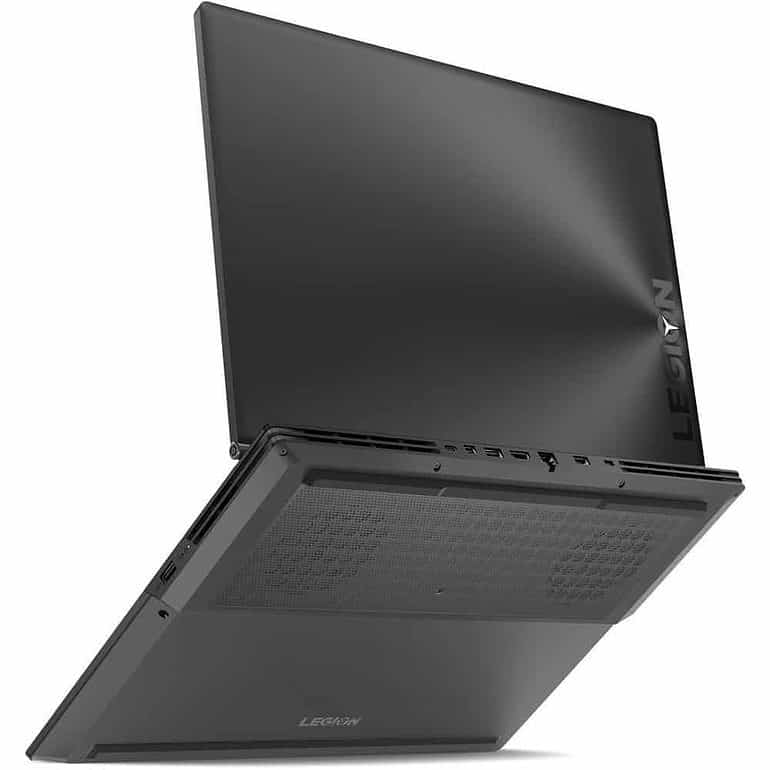 When it comes to overall performance, the Lenovo Legion Y540 more than holds its own across all testing. When running through the benchmarks, the scores were just slightly above average. Doing the comparisons of these benchmarks, it scores more than 55% of all other laptops scored. The lower-powered variant scores above 51%. This isn’t bad for a mid-tier unit.

When it comes to gaming performance, the Nvidia GeForce RTX 2060 GPU does more than hold its own. Running games using the 1080p resolution achieves results well above the 60fps. It’s not quite powerful enough get to the magic 144fps required to make use of the panel.

Gaming performance is crisp for the most part. Only on a few occasions where there one or two glitches, but not more than one or two seconds before it corrected itself. And if you want to delve into the world of virtual reality, the Lenovo Legion Y540 provides more than reasonable performances. Unfortunately, 4K gaming isn’t on the table here. 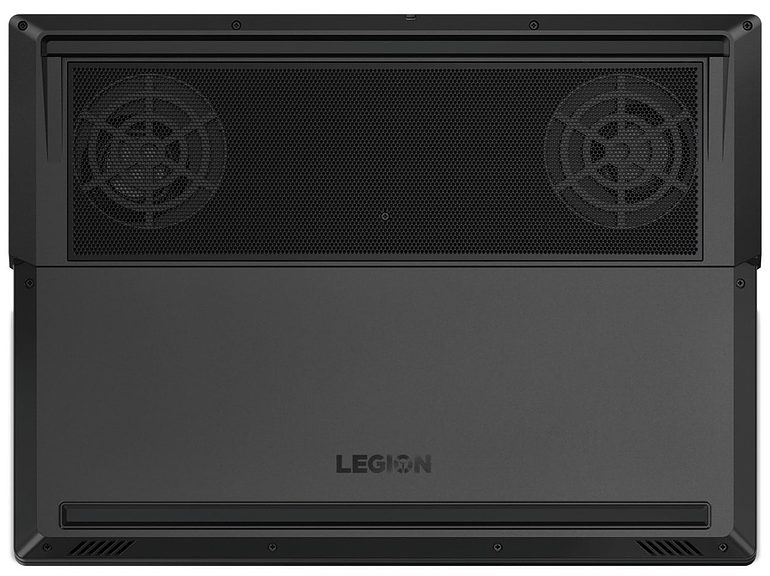 When it comes to the battery performance, results are, again, around the median for its category. The Lenovo Legion Y540 ekes out close to 3 hours between charges under conventional use. During load tests, streaming videos over WiFi on full brightness, it reaches about 2 hours.

When it comes to portable gaming, however, there’s nothing to write home about. The battery life doesn’t reach anywhere near to the hour mark, which is to be expected. Most laptops usually don’t reach too far beyond this mark while gaming.

When it comes to performance, the Lenovo Legion Y540 fairs pretty average for day to day use. However, for gaming, the performances improve a tad, mostly thanks to the Nvidia GeForce RTX 2060 GPU and 144Hz screen. There are some areas that require improvement, which makes it a slightly harder sale when compared to many other gaming laptops in the same price range.

With pricing starting around the R18,000 mark for the entry-level, the Lenovo Legion Y540 is a decent mid-range gaming laptop.