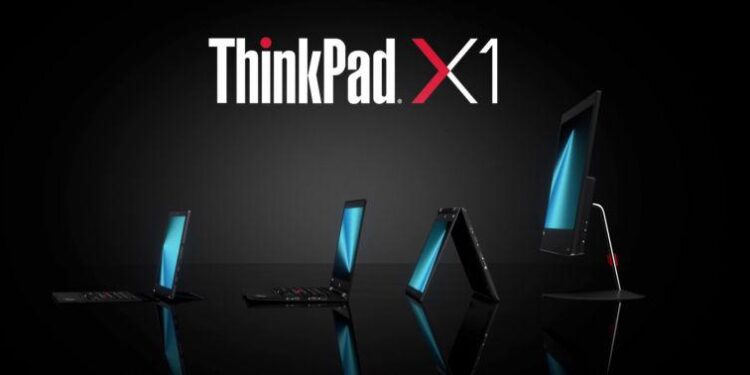 At an event at the Studio Blue Event Centre in Fourways, Johannesburg, Lenovo hosted an evening for media and distribution partners to showcase their latest offerings from the X1 range.

But before any of the devices were unveiled, Lenovo GM, Graham Braum, took a few moments to share some of the many achievements and noteworthy mentions Lenovo has achieved in the last year. These included having moved up the list of top 500 brands, now sitting at 231th spot, while also still remaining the number 1 PC maker globally. Intel MDM, Janice Bassa, also took some time to share and highlight some of the future-tech capabilities of Intel’s range of products, which are also available on many of the Lenovo units, such as RealSense.

Then came the moment we were all there to witness, the launch of the X1 range, which includes the ThinkPad X1 Tablet, ThinkPad X1 Yoga, ThinkPad X1 Carbon, and the ThinkCentre X1 AIO. Each of these devices are fantastic in their own right, with impressive features and powerful performance. Two lucky attendees also got to win themselves the ThinkPad X1 Tablet, which was valued at R34,999. The quick hands-on experience confirmed the sleek good looks of each of the devices, and while I managed to play around with the units, wasn’t really able to gauge much of their performances, but it was all smooth sailing, as one would expect.

Lenovo unveiled its newly expanded and highly innovative X1 portfolio at an event held in Studio Blu Event Centre, Johannesburg. Designed for forward thinkers, the series includes new additions such as the brilliantly adaptable ThinkPad X1 Tablet with its unique modular design; the immersive ThinkPad X1 Yoga with world’s first OLED display; and the award-winning ThinkPad X1 Carbon is even thinner and lighter, strengthening its superiority in the ultrabook market. Furthermore, desktop users will be wowed by the stunning new ThinkCentre X1 all-in-one, the must-have design centerpiece for any office with outstanding performance to match.

The modular design of the ThinkPad X1 Tablet offers something no other tablet can – adding functionality through simple clip-on optional modules:

The full size ThinkPad keyboard with the iconic TrackPoint has three adjustable typing angles and recreates the classic ThinkPad keystroke feel. Keyboard and tablet together weigh just 1 kilo for an ultra-light laptop experience. What’s more, it is the first Windows tablet with LTE Advanced support for superfast connectivity from virtually anywhere. The ThinkPad X1 Tablet also features a removable rear panel for serviceability and upgrades. ThinkPad X1 Tablet will be available at a starting price of ZAR 26,500.

ThinkPad X1 Yoga is incredibly thin at just 0.66 inches and light at only 1.3 kilos. It is also the world’s first convertible featuring an optional Samsung OLED display that reproduces beautifully rich colors and deeper blacks. With a patented Lift and Lock keyboard that retracts keys in tablet mode, X1 Yoga also features an active pen that is perfect for highlighting and writing notes directly on webpages using the Microsoft Edge browser. The pen is also housed & charged inside the system so it won’t get lost. ThinkPad X1 Yoga will be available at a starting price of ZAR 29,000.

ThinkPad X1 Carbon continues to stand out as the world’s lightest 14-inch business ultrabook. One of the most refined and elegant notebooks available today, the X1 Carbon is thinner, lighter and more powerful than ever. Focused on customer-centric design improvements, we listened to customer feedback and made a number of improvements, including more display options, increased memory and storage capacity, improved connectivity and made the X1 Carbon lighter at just 1.2 kilos. ThinkPad X1 Carbon will be available at a starting price of ZAR 26,500. Customers expect Lenovo to keep pushing the boundaries and the ThinkPad X1 series doesn’t disappoint. With a unique combination of performance, connectivity and security focused features available in all three products, the new ThinkPad X1 family is designed and engineered for forward thinkers:

The ThinkCentre X1 AIO offers a superlative design within an ultra-thin 11mm frame giving one of the world’s thinnest desktops. The premium anti-glare display offers a bright picture from any angle on its 23.8-inch screen and despite the incredibly thin chassis, the ThinkCentre X1 is built tough. Designed to withstand dust build up, a common cause of hardware failure with desktop PCs, the all-in-one has been tested for eight hours in a dust chamber, replicating ten years in an office environment.

The 7.5mm ultra-slim ThinkVision X1, is the world’s first monitor to receive the TUV Eye-Comfort certification. Featuring a 27-inch UltraHD edge-to-edge anti-glare display, the ThinkVision X1 includes rich connectivity options such as a USB type C port, providing the perfect complement to the ThinkPad X1 Tablet. ThinkCentre X1 AIO will be available at a starting price of ZAR 20,000.

Graham Braum, General Manager for Lenovo Africa commented, “Today’s progressive customers are open-minded, energetic and enthusiastic tech influencers who seek technology that will help push the boundaries. Our expanded X1 family stays true to the ThinkPad’s heritage that has been designed and engineered for these forward thinkers. Brilliantly adaptable with super-thin and ultra-light premium designs, these new products will help professionals embrace cloud computing, mobility and security to build companies of tomorrow.’’ 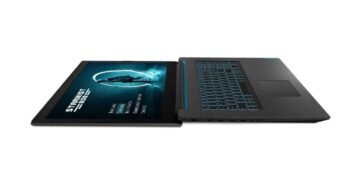