LEGO Worlds has left me scratching my head a little. I have sunk about 30 hours into this very charming procedural sandbox adventure, world builder, and I don’t know how I feel about it. I actually don’t know whether I like it or not. I don’t know if it’s Minecraft come of age or is it the actual material that every LEGO game and movie is made of… I just don’t know! 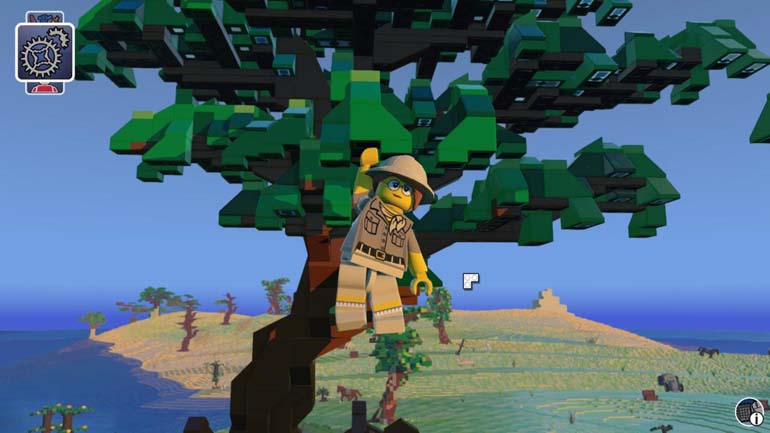 LEGO Worlds has been in development for ages. The first Early Access Beta was released in 2015 where I guess developer Traveler’s Tales was playing around with a procedural sandbox world, not unlike Minecraft, only smooth and nicely rendered. Come launch day and we have something very different: a resource-gathering, construction, exploration adventure game, and I think that’s a problem. The game feels schizophrenic.

You start out as an astronaut whipping about space in a cute little spaceship and then you get hit by a meteoroid (which is a misnomer, it’s an asteroid, but I’m not going to be the language police. That’s my wife’s job). You land on a planet inhabited by LEGO Pirates and you need to complete a few little quests to gather bricks which allow you to leave that planet and progress to another, procedurally created world, where you need to complete a few quests to gather gold bricks so more, new, worlds open up to you… 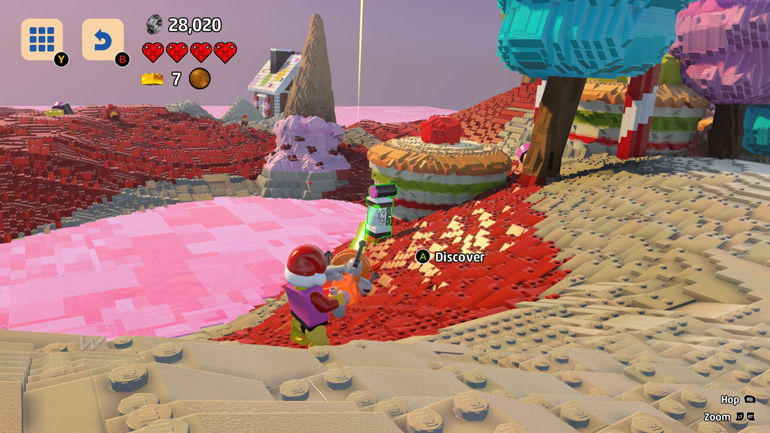 This can only happen a few dozen times before quite frankly, it gets boring.

I handed the game over to my cousin who takes medication for obsessive compulsive behaviour, just to see what would happen. To put this in perspective, he once spent 14 hours rearranging our cutlery drawer and ended up having an episode because there was a knife missing. He knows about being goal orientated. Even he has lost interest.

There is another element to the game, which is the Creator side. In the early stages of LEGO Worlds, you collect World Creator tools which allow you to gather LEGO models so you can recreate them at will, you also receive a scenery tool which is the real god-like power of the game. It allows you to create or destroy entire landscapes and planets at will, changing them to suit your taste or to complete missions, like freeing cavemen trapped in a volcano or turning a primitive planet into a high-tech science fiction future world where the police cruise around on velociraptors with lasers on the sides of their heads…

Next is the Copy and Paint tool and then the Build tool, which allows you to create some of the most iconic LEGO models ever released (just note though that none of the licensed stuff like Star Wars or Marvel or DC is available, which is a pity, but will probably be unlocked in future updates as licensing gets resolved). If you lack the focus to build a giant, snow-covered mountain range brick by brick, there are instruction kits available which allow you to create in one shot. 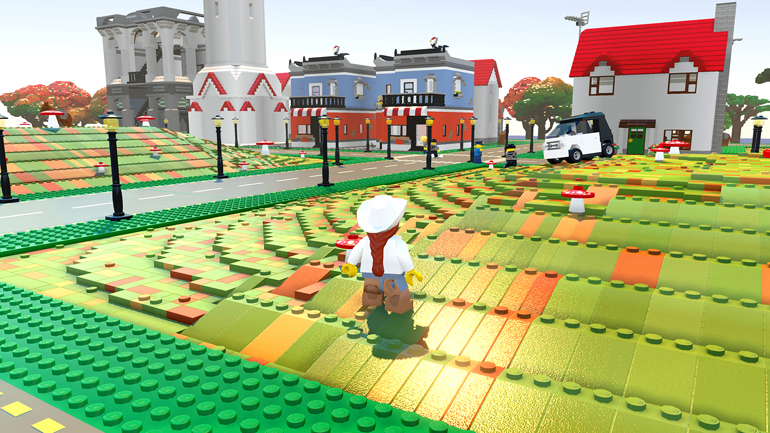 This building function is actually quite brilliant. Every planet you land on is really made of millions and millions of individual Lego bricks. You can literally burrow down to the centre of the planet (or right through it, as I’ve done a few times) brick by brick.

How they have done this without destroying your console as it tries to render every one of these LEGos, is something akin to witchcraft. There are 1400 individual LEGO models for you to collect and use at your will, and the creative options are really unlimited. So, this is a big plus for the game, until you consider the controls necessary to be able to utilise this creative power. In a word, it’s a mess.

Even after 30 hours of play, I’d rather use the landscape creation tool to completely destroy a planet to find what I’m looking for than to have to navigate the Tools/Items selection menus.

So, this brings me back to the questions, what is this game, and do I like it? Like Halo Wars 2, this is a franchise which, if we are honest, is running the risk of getting fatigue. There are plenty of licensed LEGO games and movies, and they are all pretty good, in fact, LEGO Star Wars was my favourite Star Wars games until Battlefront launched, but it’s a formula which is getting a little tired.

They have tried to please adventure based gamers and creator gamers in one, which they must do I think, but I don’t think they have done either very well. 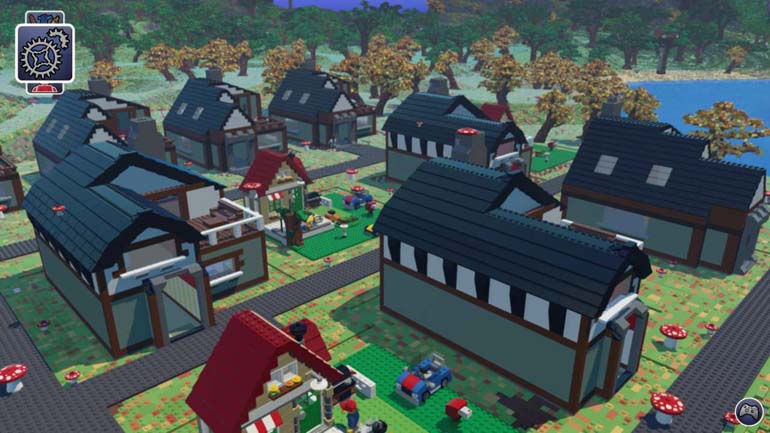 The game challenges you to become a Master Builder, something which has been the premise of LEGO stories of the past, and if you want to build digital LEGOs instead of real LEGOs, this could be the game for you.

At around R400 you get access to 1400 digital LEGO models and an infinite number of digital LEGO blocks. For 400 bucks you get a tiny box of 15 real LEGOs of some East European kids TV show that ran for half a season before getting cancelled for being stupid. Also, there is almost no risk of standing on a digital LEGO barefoot in the dead of night while investigating a strange noise on the other side of the house.

My wife’s Grandparents asked whether this is supposed to replace actual physical LEGO, and I found myself wondering whether this game could do that, but my kids are now asking for LEGOs so they can build some of the bizarre (and if I’m honest, disturbing) constructs they have built in the game. So maybe this is a brilliant marketing strategy? 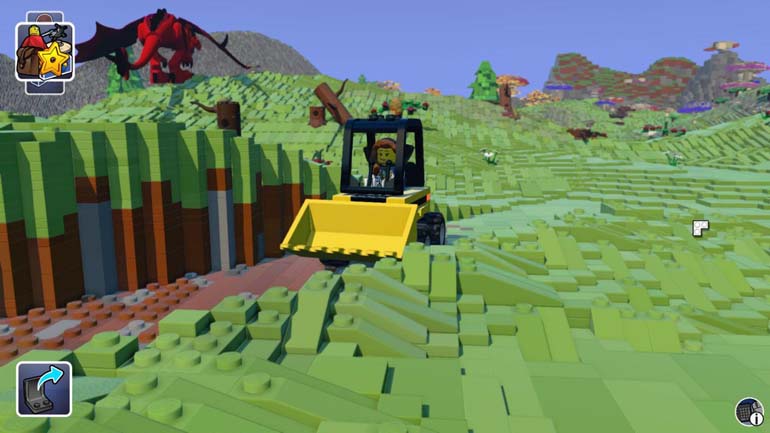 To wrap up, LEGO Worlds is a panicky schizophrenic who tries to please everyone by doing nothing particularly well and I don’t like it. I told my kids this and they gave me that look that says “You’re so old and dumb.” To them the game is tonnes of fun… which is the answer, I guess. This is not a game for those of us who actually played with LEGO, it’s for those who are going to get us to spend money on buying actual LEGO. So well done LEGO and Travelers Tales, it’s this kind of genius marketing that has ensured LEGO has stayed at the top of every kid’s Christmas list for over 50 years.

Can I recommend it?

At R400, maybe. Anything more than that, I’d say spend R200 on Minecraft off the Xbox store which will include a tonne of DLC’s and enjoy a less linear adventure/creation experience.