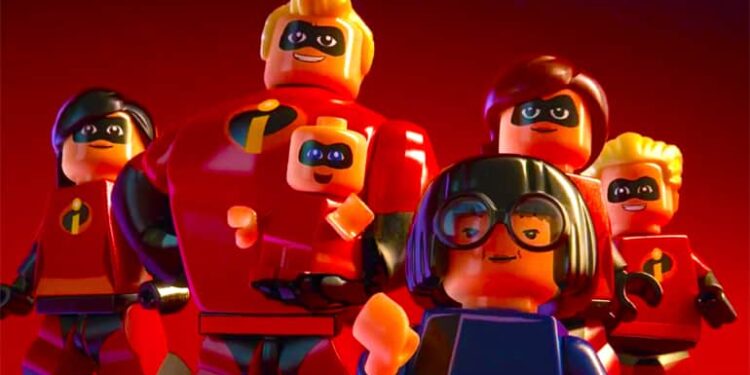 There is no illusion of what to expect when booting up a LEGO game as TT Games have used, for the most part, the same formula found in most of the franchise. This is not necessarily a bad thing, it’s just that the formula has become a tad stale over the years, even with a few new additions. So, does LEGO The Incredibles mix things up enough to feel fresh? The game starts off where the first movie left us (and where the second film kicks off) with the Parr family (The titular Incredibles) once again saving the day and preventing the Underminer from causing death and destruction. I found it quite jarring that the game kicks off with the events of the second film and not that of the first. I actually thought I might have accidentally chosen the wrong chapter. Surprisingly, the game plays out events in reverse, which is a strange choice. While it’s great that you play through both storylines, it’s a shame that you only unlock The Incredibles campaign after completing The Incredibles 2 one.

I found it quite jarring that the game kicks off with the events of the second film and not that of the first.

Without spoiling too much, LEGO The Incredibles kicks off with Elastigirl doing her best to save the day while Mr Incredible spends his time at home looking after the kids and trying to cope with being a stay at home dad. In-between completing various missions, players will be able to explore the streets and districts of Municiberg and New Urbem, which serves as the game’s hub worlds. From here players can scour the environments for golden bricks, collect studs, or defeat Crime Waves. The Crime Waves serves as a variety of small missions that take place between the main story missions. These missions usually range from “go beat up this dude” to “find this kid’s ice cream”. It’s all very straightforward. However, as we all know, any excuse to bash the crap out of things in LEGO games is a welcome one.

While the two cities and their various districts are great to explore, as with most LEGO games, gameplay can become a tad monotonous at times. Luckily, the game does give you some variety by adding over 100 characters to choose from and unlock. These characters range from the ones seen in the films, such as the Incredibles themselves and more obscure characters who were only mentioned briefly in the films, such as Thunderhead or Gazerbeam.

What came as a pleasant surprise was that players can also unlock characters from different Pixar films. It was great to see Dory square off against ice-cream-themed villains. Who knew she packed such a punch? If playing as one of the Pixar or Incredibles characters isn’t enough for you players can also build their own custom mini-fig using parts they unlocked by visiting Edna Mode in the game.

Story missions play out as you would expect and, for the most part, follows the plotlines from the movies to a T. You’ll be destroying bricks, building bricks, and collecting bricks, and solving bricky puzzles using your character’s various powers. It’s all very familiar, in a good way.

Having said this, there are some new additions like the ability to combine the Incredibles abilities, such as having Mr Incredible throw another hero or having a hero join Violet in one of her psionic bubbles, in order to cross those dangerous puddles of toxic ooze. There is also the new team building sections where your heroes join up to build a specific LEGO item. This mainly boils down to button mashing and switching characters until construction is done. The audio was surprisingly good for a LEGO game. Most of the original voice cast lent their talents to the game and those that couldn’t are replaced by competent doppelgangers. This, along with the nostalgic ’60s-inspired score, helps to immerse the player into the world Pixar and TT Games have set out to create.

The audio was surprisingly good for a LEGO game.

Visually, the game isn’t a graphical behemoth, as is the case with most LEGO games. Each LEGO piece and minifig looks as you would expect and there is some really nice graphical flair and touches to some of the character’s powers. I did, however, experience loads of pop-in which, in a game where the hub worlds are surprisingly immersive, does pull you out of the experience. LEGO The Incredibles, while based on the Pixar properties and characters, is still a LEGO game at heart (what else were you excepting?). Bashing bricks, solving uncomplicated puzzles using various abilities and powers and, basically, just causing havoc in a brick-filled world is still for the most part fun. Having said this, the formula has been showing more and more of its age over the years. Some of the sections can become tedious and repetitive at times. Also, combat is still a button-mashing affair.

If by now you don’t like the LEGO video games, this is not the game that will convince you. However, if you have always loved the LEGO games and have an interest in The Incredibles and some of their fellow Pixar characters, you can’t go wrong. LEGO The Incredibles might not be the best LEGO game out there but it delivers on what we’ve come to expect from the series. 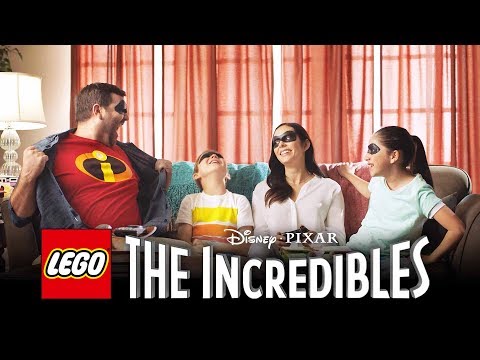