A few weeks ago, I covered the first major expansion to the LEGO Super Mario playsets. The Adventures with Luigi Starter Course brought with it a new playable character, Luigi, as well as new features to the playsets such as two-player co-op. Having already covered Bower’s Airship as part of the release, another addition to the expansion sets is the LEGO Lakitu Sky World Expansion Set 71389. 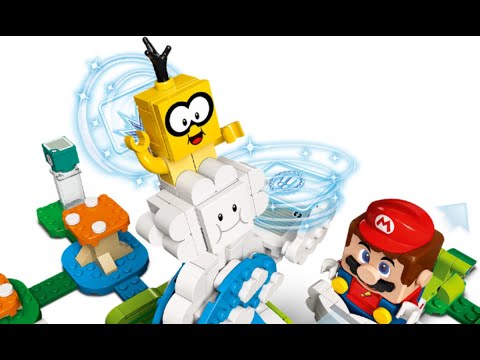 The LEGO Lakitu Sky World set includes a few new characters, as well as some elements to expand your created world. Characters include Lakitu, Bullet Bill and Fuzzy. Each of these have interactive markers, so you’ll be able to fight, defeat and collect coins from each battle. Additionally, the pack also includes a Time Block, which adds a few extra seconds to the level as you play.

The environmental elements include the spinning cloud, which forms part of the coin challenge. The aim is to knock Lakitu off his cloud perch. To do so, Mario and Luigi will need to team up and jump on the cloud sliders – a train-like section – to spin the clouds around until Lakitu loses his balance. In total, the set includes 484 pieces. This will occupy about 30 minutes of your time to build. Thereafter, the expansions and playtime are endless. The unit measures around 15cm in height, with dimensions of 35cm and 27cm across. Although, the dimensions themselves can be altered based on your preferred setup. It can also be included in the rest of your LEGO Super Mario world.

The LEGO Lakitu Sky World Expansion Set 71389 is currently available on pre-order and will be available in-store from 1 August 2021. This includes Great Yellow Brick stores, as well as selected retailers across the country.