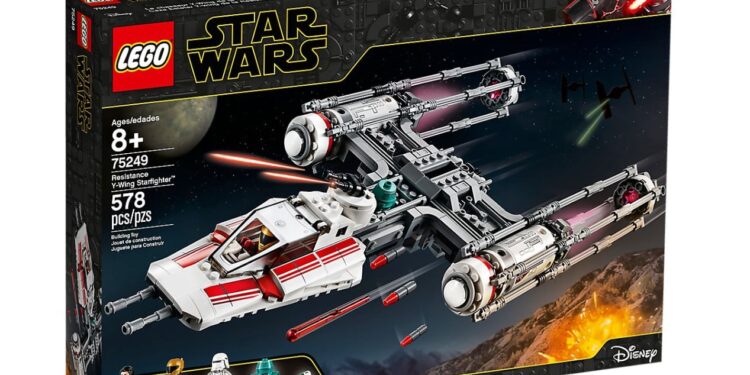 I’m a huge fan of LEGO and Star Wars. Naturally, I gravitate towards the LEGO Star Wars sets like an Alderaan furry moth to a flame. One of my favourite Star Wars starfighters, excluding the Millennium Falcon and X-Wing, is the Y-Wing (or as die-hard fans might know it, the BTL-A4). Imagine my excitement when we received a LEGO Star Wars Resistance Y-Wing Starfighter set for unboxing from our friends at Disney. 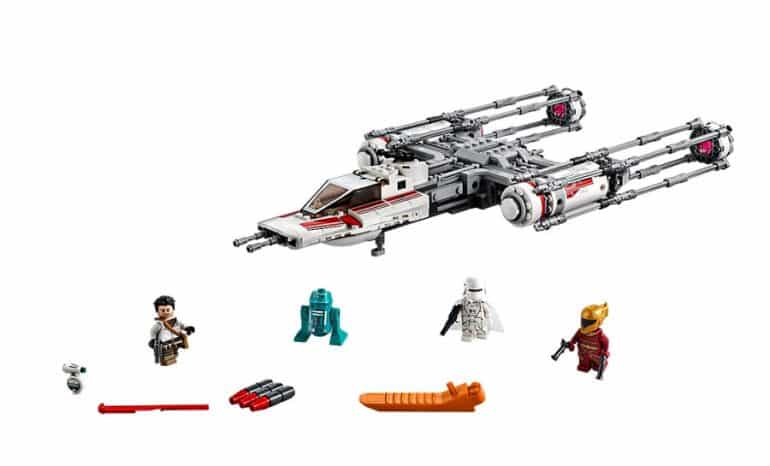 For starters, gone is the classic yellow and white colour scheme and, instead, the new set features a more aggressive red and white one. Even as a fan of the original, I have to say I really like this new colour scheme.

The newer Y-Wing also is a lot more streamlined than its more-blockier counterpart. This might be off-putting to some Star Wars purists, but I actually like the fact that this Y-Wing is more rounded and, in essence, looks less like it was randomly cobbled together by various parts. Adding to this is the new panelling that covers up a lot of the Y-Wing’s exposed parts.

It would also seem that the newer Y-Wing is a tad larger than the previous one. As far as features go, the Y-Wing, just like the previous set, has a rotating turret for taking out unruly Tie Fighters and a bomb dropping feature, which lets you load little mini bombs into it. There are also the obligatory LEGO missile shooters on the bottom of the Y-Wing’s body. 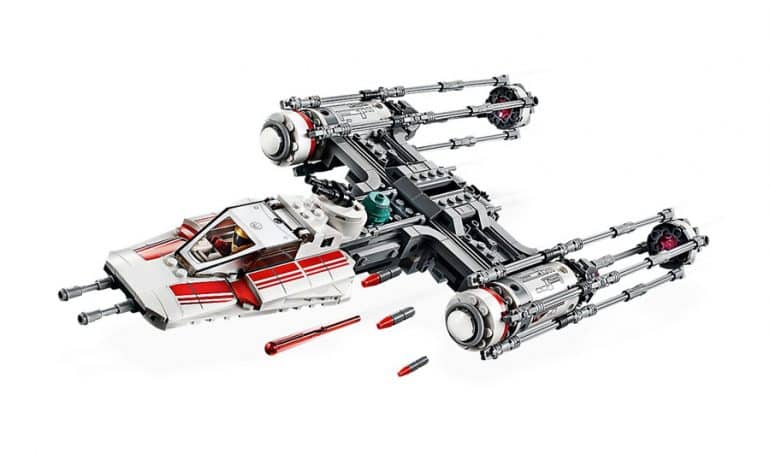 Of course, what would a LEGO set be without minifigs? This set includes five, Poe Dameron (with his satchel/man-bag), a First Order Snow Trooper, a new character called Zorii Bliss, an Astromech droid (with a funky teal colour scheme) and, lastly, the brand new D-0 droid. Each of these are incredibly detailed. My favourite has to be the new D-0 droid, which features in the upcoming Star Wars: The Rise of Skywalker movie.

If you are a fan of LEGO, Star Wars or better LEGO Star Wars then the LEGO Star Wars Resistance Y-Wing Starfighter would make a great addition to your collection. This is especially true if you already own the classic Y-Wing Lego set as having an updated version to display next to it just makes sense. With the festive season just around the corner, this might be the perfect gift for the Star Wars and LEGO fans in your life.