LEGO Is Raising Its Prices: Pricey Sets Getting Pricier Despite the company enjoying record profits, LEGO is making its pricey sets even pricier. But why exactly is LEGO increasing the price of their tiny bricks?

It’s no secret that LEGO can work out quite pricey, especially when trying to purchase legitimate sets. If there is a set that you have been watching for a while, you may want to get it before the prices increase soon. There may be a limited window of time before the prices increase. Some of the sets will be increasing in price by as much as $70. For example, the Star Wars AT-AT which was already a whopping $800 will cost $850 after the price increase.

The Announcement for the Price Increase

This price increase wouldn’t come as a surprise to devout LEGO fans as the hike was announced in June 2022. The announcement suggested that LEGO would be raising the prices on “around a quarter” of the LEGO sets that are currently available and in circulation.

Thankfully for LEGO fans, Barnes & Noble seems to be the only major retailer so far who has implemented the prices, with more major retailers most likely to follow. While Barnes & Noble doesn’t stock bigger sets like Diagon Alley or the Colosseum, these seem like likely candidates for price hikes based on the other sets that feature on the following list:

Unfortunately, there may be more price increases coming. Despite that, a few pricey sets have escaped the price hike, for example, the Volkswagen T2 Camper Van, LEGO Batwing, and Space Shuttle Discovery which are all still available at their old pricing.

LEGO had originally said that the price increase would hit in August and September.

All businesses are within their rights to increase their pricing where they see fit, however, some fans have questioned the price increase. In the June announcement, the company claimed that the price increase was due to the “current global economic challenges of increased raw material and operating costs,” which the company boasts it had previously absorbed to keep the pricing stable.

“However, as these costs have continued to rapidly rise, we have taken the decision to increase the price of some of our sets,” LEGO wrote. This seems a likely cause as most LEGO bricks are made from oil-based plastics and America seems to be experiencing a bit of an oil crisis according to Economist.com.

The decision was questioned as The Brothers Brick, along with others, have been quick to point out that LEGO just had its best year in 2021 with record profits of nearly $2 billion, among plenty more positive financial signs.

Are you going to snatch up a set that you have been eyeing before the LEGO price increase hits? 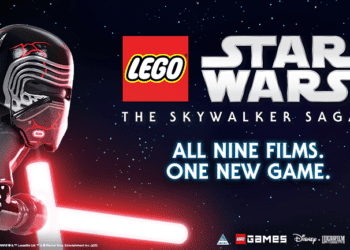