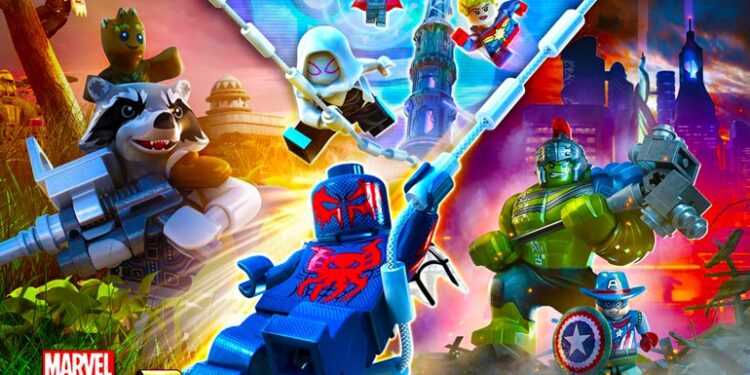 The LEGO Games franchise has been around for quite some time. It’s a series that combines well-known licences, developer Traveller’s Tales’ signature humour and, of course, the titular blocks that so many have come to love. LEGO Marvel Super Heroes 2 embraces everything that has come before but still keeps to the formula that has made these games so successful. It’s four years after the events of the original game and Marvel’s evil time-travelling dictator, Kang The Conqueror, is set on conquering the entirety of the universe as we know it (just like every other Marvel villain out there). Of course, this prompts Marvel heroes from across the universe to band together and stop Kang from reaching his end goal. While the story might sound quite cliché, it actually ends up feeling a lot more epic in scale than I expected and perfectly complements the signature humour found in both the LEGO games and Marvel Cinematic Universe. Of course, Kang’s time-altering escapades gives us an excuse to explore a range of different planets, eras and environments from the Marvel Universe, some more well-known than others.

Don’t expect a slew of new features as this is still very much a LEGO game with gameplay mechanics familiar to anyone who has ever played one of the many games out there. Players will be exploring different environments as they break, build and smash their way through each of the game’s levels using a group of characters. Gone is the New York city hub, instead replaced by the aptly named Chronopolis, an amalgamation of various Marvel cities and environments. For those used to the previous game’s New York hub, seeing Wakanda next to a Noir-inspired version of Manhattan can be quite jarring. Yet, having the freedom to explore these different and unique environments does mean that you won’t get tired of seeing the same buildings over and over. While not exploring the hub area of Chronopolis, players will be tasked with taking a team of superheroes on various missions to try and stop Kang from conquering all of time and space.

Most of the missions in LEGO Marvel Super Heroes 2 are linear affairs focusing on smashing enemies to little plastic pieces or solving an environmental puzzle using your group of character’s various abilities. For instance, is there a raging fire blocking your path? Then use Captain America’s shield to bash the flames into submission (just like in real life). I found discovering a use for each new character’s ability to be one of the best aspects of unlocking a new superhero, although the game doesn’t always make it very clear where or when to use these abilities As with previous LEGO games, combat remains a simple affair with players mostly punching or shooting their way through waves of plastic enemies. Although the simplistic combat works well when taking on a run of the mill goons, it’s when having to beat some of the game’s main bosses into submission that combat can become frustrating. While it is loads of fun facing off against some of the meanest villains in the Marvel Universe, most of these encounters boil down to continue chipping away at their overly sized health bar while dodging their attacks and beating wave after wave of minions. There are one or two stand out battles, such as a dance-off against a mind-controlled Star-Lord, but most of them feel like they carry on a little too long.

In-between all the building and smashing, you will find yourself tempted by all those notorious collectables strew across each level, such as studs and golden bricks. Finding these can be quite a challenge, but being able to use these to unlock the 230 Marvel Characters makes all the effort worthwhile. Where the previous game placed a lot of focus on more mainstream and well known Marvel characters, LEGO Marvel Super Heroes 2’s strength lies in how it relishes in exploring more obscure characters along with familiar ones. The game still features familiar environments and characters from the Marvel Cinematic Universe such as the Thor: Ragnarok and Guardians of the Galaxy 2 films, but this time around it also focuses on lesser-known characters such as Spider-man Noir, Black Knight and, my personal favourite, the wisecracking Gwenpool.

While the game doesn’t stray far from the LEGO formula we’ve come to love (and, in some cases, loathe) it’s the way in which these two franchises complement each other so well that made my time with the game so memorable. During my time spent playing I saw baby Groot attack an enemy with an ice lolly, Captain America surf on his shield and Star-Lord jamming to Mr Blue Sky as he wildly fired at his foes. It’s little touches like these scattered throughout LEGO Marvel Super Heroes 2 that made me cherish every moment of playing. With some notable graphical effects, Marvel Super Heroes 2 is the best-looking LEGO game out there. Who would have thought that digital LEGO pieces could look so real. However, Traveller’s Tales have been able to make a game based on plastic blocks look, at times, quite impressive. The game’s great visuals, paired with some excellent voice acting and spot-on humour, made me look forward to unlocking and encountering new characters. While I did experience some frame drops, there were noticeably less technical issues than in previous games. As with most LEGO games, LEGO Marvel Super Heroes 2 isn’t particularly difficult and there are times when the simplistic combat and light puzzles can become a bit repetitive. Having said this, it is probably one of the best LEGO and Marvel games out there. With its self-aware humour, loads of Easter eggs, tons of collectables and plenty of well-known (and obscure) characters to unlock, LEGO Marvel Super Heroes 2 ensures hours of fun for LEGO and Marvel fans. 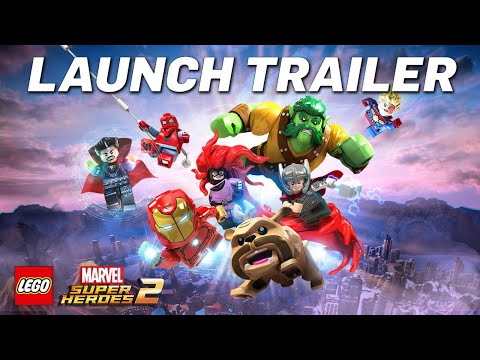