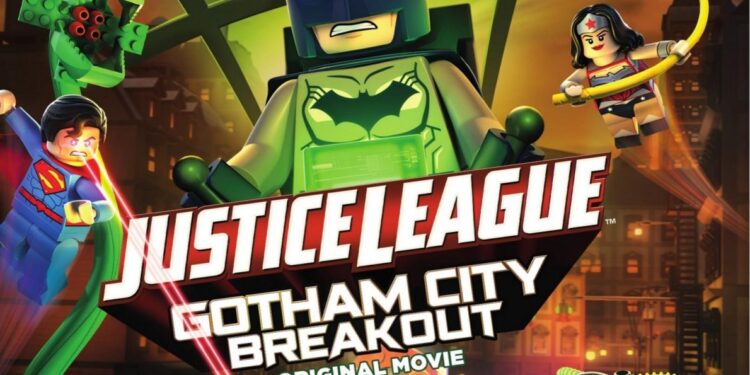 It’s fair to say that DC’s films of late haven’t exactly been great. Even their animated ones, which in the past have been real highlights, have suffered. Now here comes the latest direct-to-DVD LEGO cash-in with a ridiculously long title. The LEGO Batman games have been great fun to play, but that LEGO Bizarro movie left a bad taste in the mouth. Can Lego DC Comics Super Heroes: Justice League: Gotham City Breakout get things right? The answer, thankfully, is yes. Justice League: Gotham City Breakout gets right into things by explaining how Batman protects Gotham City, how Robin joined his crusade and then later became Nightwing, and how the Batman “family” expanded. But while Robin II, Batgirl, Nightwing and Alfred all celebrate playfully at how they’re a team, Batman is as grumpy and moody as ever.

After a wonderfully nostalgic opening sequence, Batman and Robin leap straight into the action capturing the Penguin, Harley Quinn and Poison Ivy. The evening takes a turn for the worse (for Batman, anyway) when the heroes – including Superman, Wonder Woman, Cyborg and some of the Teen Titans – throw Batman a surprise Bat-Birthday party. The only gift they can give him is a vacation. Batman doesn’t want to go on holiday, but Superman assures him that Gotham City will be protected while he’s gone.

Grudgingly, Batman sets off with Nightwing and Batgirl to spend his vacation with his old combat instructor Madame Mantis. Except, as fate would have it, Madame Mantis has been kidnapped by Deathstroke the Terminator and Bane. The villains need to learn the secret to the most deadly martial arts move ever, and plan to control an underground civilization. Meanwhile, back in Gotham, an embarrassed Superman has to call in some Justice League assistance after he accidentally releases all the villains from Arkham Asylum. For all his amazing powers, Superman is no match for the Joker, who is armed only with a spoon. Batman is having just as rough a time on his vacation as he and his team get captured and locked up…

This is a whole lot of fun. While this is aimed at a younger audience, they don’t insult the older fans by mucking about with beloved characters. Sure, it’s lighthearted, but nothing seems out of character. Deathstroke is complex, Bane is accurately portrayed as being as smart as he is strong, and Nightwing’s sense of humour is on display.

Most of the situational comedy comes from Batman’s grumpiness and Superman’s contrasting optimism, highlighted in a far better way than Batman v Superman achieved. There are some knowing nods to Batman’s history too, from subtle KnightsEnd references to blatant Batman ’66 expressions of “Holy… , Batman!” Oh. And they show the Batusi too.

Before that puts you off, don’t be fooled. Justice League: Gotham City Breakout doesn’t feature Batman resorting to dancing, because this Batman is far more serious. Instead, it’s a loving homage and is revealed as a powerful secret weapon in Batman’s arsenal. It proves that the Batman franchise in all its incarnations can still be amusing without being embarrassing, if it’s done right. And boy, does this film get it right.

Sadly, there are a few negatives too. This is never going to become a fan-favourite like other animated Batman movies. The voice and portrayal of the Joker both seem off at times. Worse, Cyborg is still played as the dumbest hero on the planet. Still, these are minor and the rest of the film holds up well.

Granted, the competition may not be that strong, but Justice League: Gotham City Breakout may just be the best DC film of the year. If nothing else, it’s certainly the most enjoyable so far. 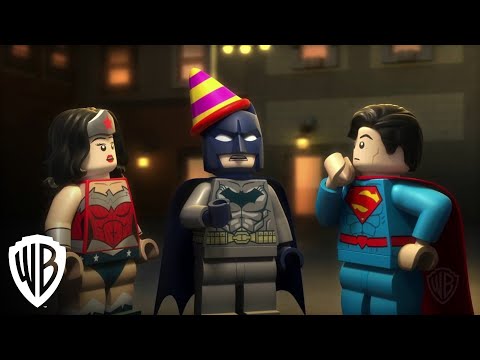