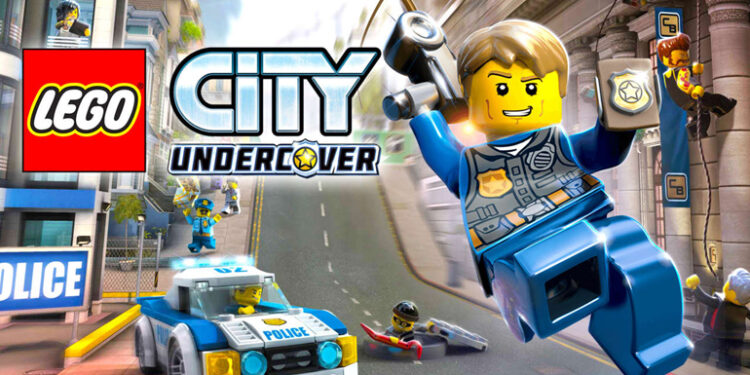 Originally released for the Wii U back in 2013, LEGO City Undercover was one of the first LEGO games to not be tied to a specific well-known property. It was a brave move for the team at TT Fusion, but one that seemed to have paid off as the game was well received by those few critics who owned a Wii U. Considering that I didn’t play the 2013 version, I had no idea what would be waiting for me when I finally booted up the game. Would the original story be strong enough to keep me engaged? Would the new brick filled open world actually be loaded with enough activities to encourage exploration?

Luckily, all my reservations and concerns melted away within the first few minutes of playing the game.

LEGO City Undercover follows cocky Police Officer Chase McCain on his way back to LEGO City as it finds itself in the midsts of a crime spree brought on by someone Chase knows very well. It would seem that Chase’s arch rival, and all-around bad guy, Rex Fury has escaped prison under dubious circumstances (dum-dum-dummm). It’s up to Chase to stop Fury once and for all while rekindling an old relationship with ex-girlfriend Natalia Kowalski. It’s a story and characters that wouldn’t seem out of place in a 70’s cop TV show, which is further emphasized by the 70’s funk guitar riffs that permeated my headset. While the game’s plot will probably not be winning any awards anytime soon, it was the classic LEGO sense of humor that kept me engaged throughout my play through. The game is filled with copious amounts of clichés and pop culture references that parody famous scenes in movies such as Shawshank Redemption, and The Matrix. And while these scenes could have easily resulted in moments of eye rolling, it’s the clever way in which they are treated that left me giggling each and every time. There is no doubt that LEGO City Undercover is a funny game, much funnier than I originally anticipated (one of THE funniest LEGO games so far).

Many have mentioned that the game tends to remind them of a kid friendlier LEGO version of Grand Theft Auto, and in my opinion, this isn’t such an inaccurate statement. Having said this, don’t expect to be able to murder any minifigure people. As Chase McCain, players are dropped in the middle of the city and given a surprising amount of freedom to explore this blocky and brick-filled world. While you won’t be running down any pedestrians (not for a lack of trying. Those guys are quick), there is quite a bit to see, do and drive in this world. While completing the main plot missions, players will be exploring separate more self-contained areas, such as a mine or prison. These segments feel more akin to the tried and tested formula fans are familiar with, as they will be punching, re-building and collecting their way through these sections. Where LEGO City Undercover does veer off the well-beaten LEGO brick path is when it comes to Chase’s disguises. You see, unlike previous LEGO games, players will only be controlling Chase, this causes a little problem as the LEGO games have traditionally always used the “each character has a unique skill” mechanic in order to solve puzzles or gain access to new areas. Although LEGO City Undercover does have a similar mechanic, it approaches it a little differently. Chase, being the great cop he is, tends to be a master of disguises. Each new disguise Chase uncovers gives him a unique ability. For instance, wearing the miner disguise lets Chase break through boulders and handle explosives. It’s an interesting mechanic and one that fits in well with the game’s plot. While the bulk of your time will probably be spent following the main plot line and completing some of the side quests, there are also quite a few collectibles to grab and secret areas to find throughout the city (Warning: finding all these can become quite addictive). Along with the compulsory golden bricks (of which there are 450 to collect), players will also be collecting studs and regular Lego bricks. While Studs unlock new vehicles and disguises, regular LEGO bricks are required to build super builds. These super builds mainly consist of bridges (to gain access to new areas), ramps (for doing some totally radical tricks) and some that may even help you progress the main story such as a huge ass fire-breathing dragon. Most of what I mentioned above was found in the original 2013 game, albeit with a new shinier next-gen (current-gen?) coat of paint. What is new though is the inclusion of a co-operative mode. And while it was fun running around with a friend creating havoc and punching bad guys, I did notice that there weren’t any specific puzzles or areas that required a co-op partner as in previous LEGO games, which made partnering up seem a tad redundant and basically boil down to creating destruction and havoc as you punch and destroy stuff.

As one would expect, the same issues that plague most LEGO games are also found here. Vehicle controls can feel a bit floaty at times, fighting is mostly a one button affair (although the game does have counter attacks and throws) and the camera did fight me at times. In my humble opinion, LEGO City Undercover is one of the best Lego games to date. It might not veer too far from the LEGO games formula, but it does add some interesting new mechanics and more importantly, a new brick-filled open world begging to be explored (if only to collect more of those elusive golden bricks). Sure, it does have the same nagging problems that one has come to expect from the franchise, but in the end, the most important thing was that I found myself having loads of fun stopping bad guys, eating doughnuts and generally being a cop in a city made of little bricks.