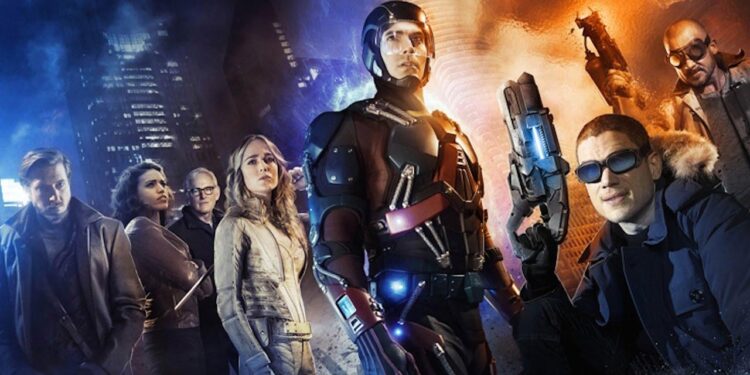 Right off the bat, it has to be said that this week’s Legends of Tomorrow was a rootin’, tootin, six-shootin’ lot of fun! When our time-travelling posse take refuge in the Old West, it isn’t long before they find themselves in a whole heap of trouble. All Professor Stein wanted to do was play a game of poker, and the next thing you know there’s a gunfight and a bar brawl against the criminal Stillwater gang. Thankfully, Jonah Hex is on hand to bail them out… and to identify them quickly as being from the future. See, it turns out he’s had some dealings with Time Master Rip Hunter before.

Whilst the Atom, Ray Palmer, takes on the role of the new sheriff in town and gears up to battle the Stillwaters, Professor Stein goes against altering the timeline in curing a young boy dying of tuberculosis and Hawkgirl goes searching for a woman she thinks she recognises from a previous life. Toss in a tragic back-story on why Rip won’t get involved in this particular adventure and some Jonah Hex gunfights and it’s probably the most fun episode of Legends of Tomorrow so far. That’s definitely the good! Then again, Legends of Tomorrow so far hasn’t really been as much fun as it could have been. There have been mis-steps all over, with every good idea being followed by several bad ones. Hawkgirl’s previous lives aren’t especially interesting, Stein and Jax’s relationship as Firestorm has mostly fallen by the wayside, and Rip Hunter has so far been as ineffectual as a fart in a bubble-bath. We’ve had no reason to side with him on his cause, or sympathise with him in any way. When last week’s episode had Ray learn that he’d created weapons of mass destruction to control the world, only to ignore that and play out a pregnancy scare joke, that’s bad.

Then, of course, there’s the whole nature of the timeline. Yes, this is a fun show (or should be) so the emphasis has been more on that than bothering with the delicate linear nature of things. The theory was to avoid such things, in a sort of fun Back To The Future way*, so that means our heroes can do as they please. That’s fine, but since Rip has (on several occasions) pointed out the ripples they’re making then you’d think they’d be more careful. In this episode, he warns Stein to not interfere and save the sick boy. Fair enough. Then it turns out that Stein’s actions saved someone very important to the timeline who we know lived, so essentially it was predetermined that he should have acted. So which is it that they’re saying? That the butterfly effect of altering time is in place, or that their actions are destined? If it’s the latter then Rip’s quest is doomed to failure. If it’s the former, then not only are their actions causing unimaginable havoc but now so are the events of the Time Masters. Sigh…

Anyway, as for the ugly, there was Jonah Hex. Hex, with his scarred face, is supposed to be ugly. The really ugly thing though was that they made him too pretty though. That may sound odd, and this representation was certainly better than the Constantine-like version seen in the Jonah Hex film, but he really didn’t seem ugly, ornery or tough enough here.

Still, all problems of the series itself aside, this was a great step forward for Legends of Tomorrow. It’s the sort of episode that the show needed, getting away from the repetitive Vandal Savage stalemate skirmishes and instead having fun in the history of the DCU. Come on Warner Bros./DC, give us some more episodes like this one! *For the record, Back To The Future was chock-full of lessons about altering the timeline. One of the best examples, sadly only seen in the novelisation of the film, was about Marty McFly going to the cinema in 1955. He’s then lectured by Doc Brown about how his trip to the Essex Theatre has resulted in the cinema’s profits increasing (albeit slightly), which may have led to a change in the whole existence of the cinema and in turn the lives of its owners, thus forever altering their entire family’s history dramatically. And that was just over something silly like 50c.