The Legend of Korra Will Return In New Series: Turf Wars 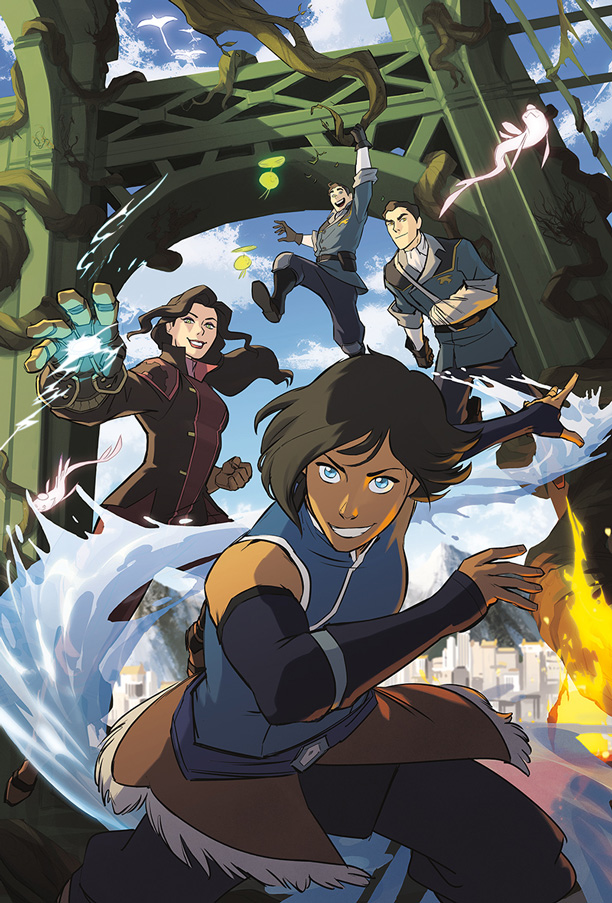 Dark Horse Comics has announced a continuation of the Legend of Korra in a new three part graphic novel series called Turf Wars.

This new series picks up right where the animated series left off and focuses on the growing friendship (and possible relationship) of former love rivals Korra and Asami in the midst of Korra’s duties as the Avatar in keeping the spirit and human world co-existing in relative peace. Fans can rest assured that the series is in safe hands as it will be written by Avatar co-creator Michael Dante DiMartino with his co-creator Brian Konietzko acting as a consultant.

“Turf Wars begins with Korra and Asami leaving the spirit world and returning to Republic City only to find political hijinks and human vs. spirit conflict, as a pompous developer plans to turn the new spirit portal into an amusement park, potentially severing an already tumultuous connection with the spirits. In addition, the triads have realigned and are in brutal brawl at the city’s borders where hundreds of evacuees have relocated. In order to get through it all, Korra and Asami vow to look out for each other- but first, they’ve got to get better at being a team”

No official announcement on whether the graphic novel series will be developed into an animated series as was done by Nickelodeon until 2014.

The first volume of The Legend of Korra: Turf Wars comes out in June 2017.