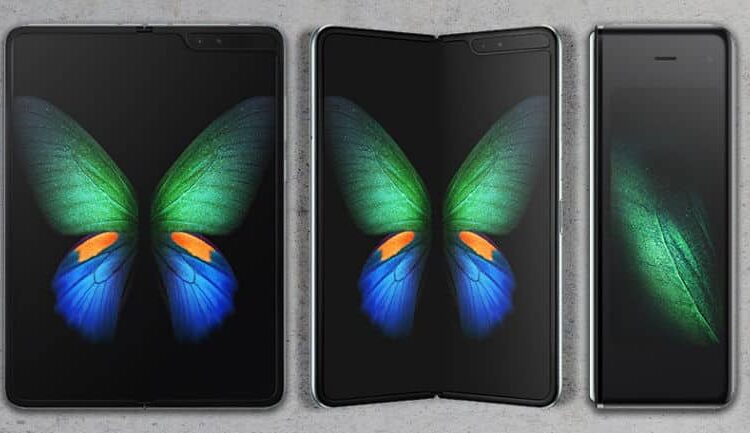 If you followed the announcement event of the Samsung Galaxy S10, you would have seen glimpses of the all-new Samsung foldable in action. The Galaxy Fold was officially confirmed back in 2018 by CEO DJ Koh in an unprecedented move in order to get the word out ahead of its biggest rivals. This move only played on critics’ opinions that Samsung would be rushing to release the foldable device ahead of the competition as the first to announce a fully foldable smartphone to the market. That title, however, went to a California-based tech company Royole, who announced their FlexPai foldable smartphone, which would be the first to move into mass production for consumer release. 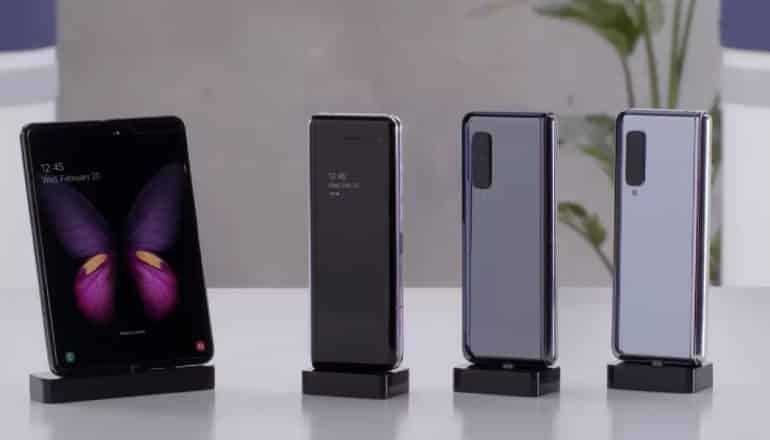 At the launch of the Galaxy S10 (and variants), media were treated to a behind-closed-doors session with the Galaxy Fold, where we could experience the device in all its glory, albeit with no cameras or phones allowed into the room. We managed a two-minute hands-on experience with the device before being ushered out in order to allow the next group of viewers to have their turn. No doubt the strict security for the device was due to it being a ‘prototype’ unit, with all the creases not yet ironed out, almost literally. One of the noticeable issues I had picked up on the device was the evident crease running through the middle of the screen when unfolded. That said, it wasn’t all that bad, which could be down to the dimly lit room, and could only be picked up in certain angles with specific lighting. This, however, has been put on full display to the world in the recently leaked video of the device. 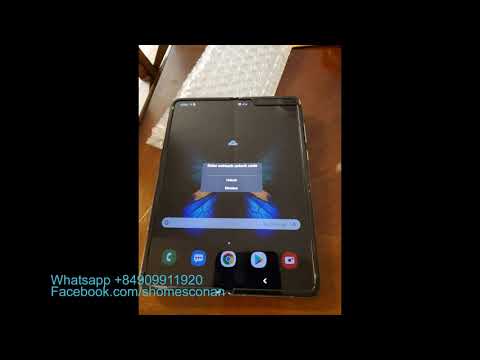 In the video above, the crease is very clear for all to see. The footage reveals a hands-on with a version of the device alleged to be headed to AT&T in a few weeks time. However, it’s also worth pointing out that we’re not sure whether the device is the demo version, which is commonly used for device testing for carriers, which often times have a few missing details and isn’t quite the polished article. Having worked with a few of these devices in the past, I’m no stranger to the hideous looking variants that pass by local operators to conduct their full range of testing before the devices hit the market, some more unrecognisable than others.

The leak also highlights a few other points about the device, such as its thickness, the Pie OS variant on the device, as well as the notch for the camera positioned on the top right-hand side. In the video below, we see the officially released trailer for the Galaxy Fold released by Samsung on the day of its unveiling. While we don’t see the same prominent crease here, there are some strategic angles and backgrounds used as to not pick it up while filming.

While the same intensity from doubters may not have been seen for the likes of Huawei’s Mate X smartphone, there were still concerns that it too may release a device that would be plagued by the crease. With our hands-on experience with the device a few days ago, our fears were put to bed. Irrespective of these leaks, the final product is set to hit stores in the US and South Korea on 26 April 2019, which has a starting price of $1,480. Quite a pretty penny to be parting ways with if you’re going to be left staring down the middle of a crease for hours a day. Buyers will have to make up their own minds on whether the crease is something they can live with if the Galaxy Fold does launch with the issue unresolved.