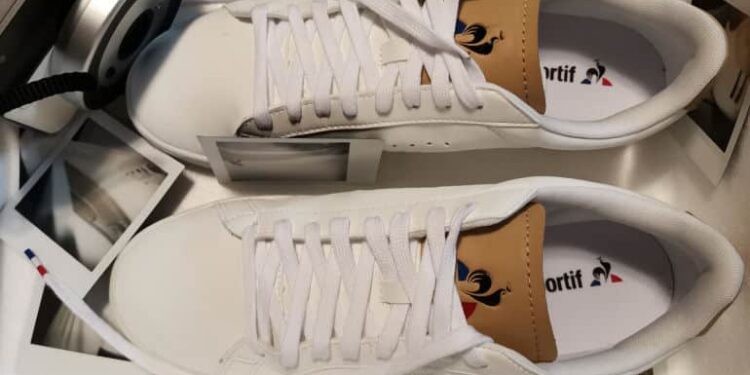 A few short weeks back, Le Coq Sportif dropped their latest classic silhouette, tapping into its archives. The Le Coq Sportif Courtset Sport Optical White/Croissant is a modern interpretation of the classic Courtset silhouette, which has been kitted out in an almost all-white colourway.

The Le Coq brand made its name from producing textiles some 130 years ago, which then moved on to producing clothing ranges in the early 1900s. The company only branched out into the sneaker market a few decades later and gained worldwide success since the late 1970s when sponsoring athletes became a must to marketing any brand.

One of the more famous of these sponsorships was that of Arthur Ashe, who was the first black man to win a singles title at Wimbledon, the US Open and the Australian Open, having won his first Open in 1968, with August marking the 50th anniversary of that achievement, which was celebrated with a special release by Le Coq. The Courtset silhouette is based on the classic sneaker worn by Ashe. 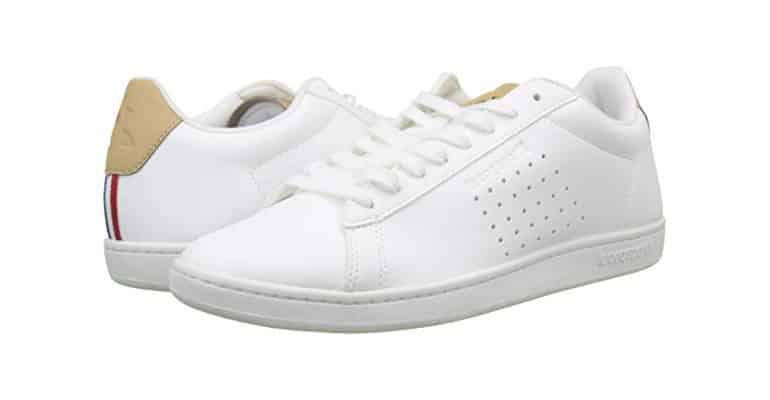 In terms of the build, the Courtset Sport Optical White/Croissant doesn’t stray from the classic OG, keeping most of the materials and stylings thereof. The silhouette is a predominately white colourway, with only the heel and tongue featuring a ‘croissant-coloured’ leather tab as it stands out from the rest of the sneaker. The heel tab has a plain, debossed Le Coq logo, while the tongue has the signature black, red and blue colours for same debossed logo.

The sneaker features a number of other logos scattered around the shoe, some of which blend into the white colourway. There are plain logos on the outer side of the silhouette with the “le coq sportif” text. The first is found on the site, which is also debossed as with the heel and tongue. Another two plain logos are found on the outer sole towards the rear and underneath the shoe. Lastly, there a full logo, with included colours, on the insole, rounding off the detailing of the silhouette. There’s also some detailing on the flat laces, with the aglet (lace tip) on one end of each lace having the traditional red, white and blue colours.

The sneaker has a synthetic leather upper, which has side perforations allowing the feet to breathe. This system was based on the 70s designs and still works relatively well. The interior of the shoe, along with the insole are made from a textile fabric with adding cushioning for support and comfort. As for the sole, it is made from a classic rubber composite. The blutcher-style system also adds to the classic look of the silhouette to round off the design. 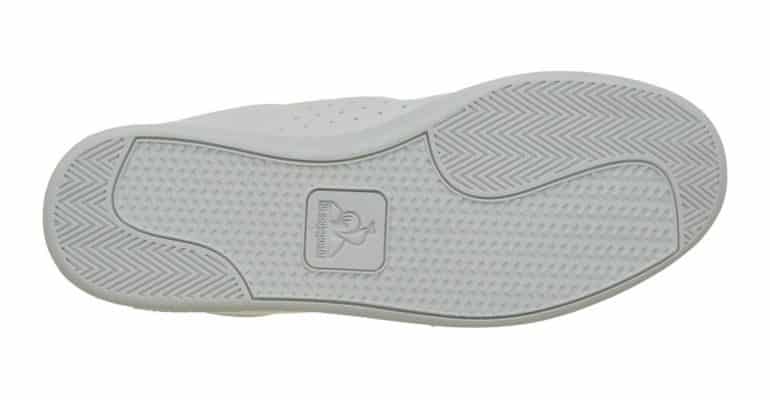 There’s quite a lot of detailing for a sneaker that may seem basic to the untrained eye. As already mentioned above, there’s quite a lot of logos scattered throughout, and while it may seem quite excessive once listed, it doesn’t seem that way if you’re just looking at it. The stitching is also a throwback to the original silhouette, which can also be found on across the entire outsole. While many shoes have a single toe to tongue material, it isn’t as emphasised as on the Courtset.

The was originally designed as a tennis shoe, so there’s no real trouble putting the shoes through their paces. There’s a lot of play between the toe and sides, which means they don’t fold in around the metatarsal phalangeal joints – because toe knuckle isn’t the correct term to use. I was surprised by the comfort of the sneaker as well, especially having been based off a 50-year old design. There aren’t any new additions such as cushioning technology, and yet the sneaker is still comfortable to wear for long periods at a time. In addition to the comfort, the Courtset also has a snug fit thanks to the inner padding. 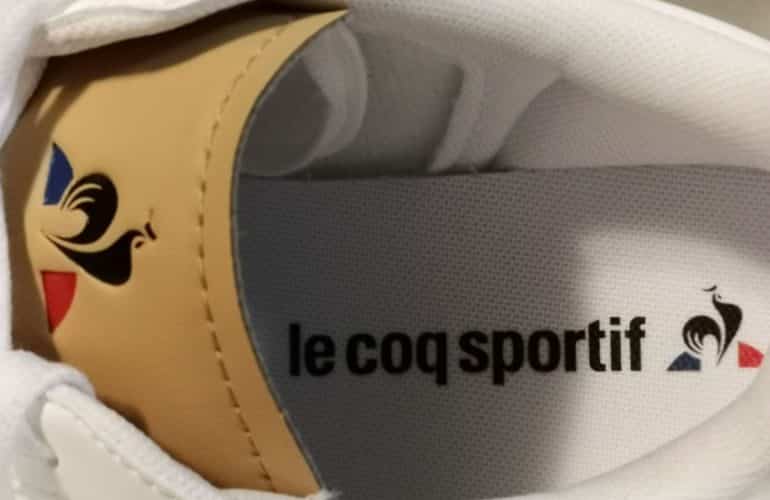 The Le Coq Sportif Courtset Sport Optical White/Croissant is a high-quality and comfortable classic silhouette that will fit any sneakerhead's collection.