Even the most mediocre of action/fantasy movies can be saved if they think enough about their setting and concept to make it seem believable. The Last Witch Hunter, despite its flaws, is able to do this for the most part, and I remained interested while watching it, even I was constantly aware of how silly everything in front of me actually was. [dropcap]W[/dropcap]ith a set-up that makes me think Vin Diesel pitched this as a live-action version of one of his famous Dungeons and Dragons campaigns where he’s the unstoppable badass hero (see also: the entire Riddick series for a sci-fi version), The Last Witch Hunter features Kaulder (Diesel) a witch-hunter in fictional Medieval-land who sets out with a religious order called the Axe and Cross to defeat the Witch Queen, who is responsible for the Black Death. Yes, really. He slays her, but in the process, she curses him with immortality. He pledges to fight against all other evil witches for all eternity, and we re-join him in Modern New York, where he must uncover a plot to revive the Witch Queen.

What I liked about this movie was primarily that sometimes it’s nice for your protagonist not to be the underdog. Kaulder is seen as the baddest bad-ass around by his enemies and allies, and when he does take control of a scene, it’s nice to be able to root for somebody who doesn’t get taken down so easily. Maybe I’m just experiencing backlash from too much Game of Thrones watching? Anyway, my main complaint about the movie would probably be that too many times we are told that Kaulder is a badass in one way or another, but not shown it to the extent I would have liked. Set-pieces can ruin a movie without proper focus, but I would have liked to have seen maybe one or two more well-constructed ones, rather than just have Kaulder needing to explain background details to people stupider than him. The Last Witch Hunter isn’t a fantastic movie, but it had potential, and I would have liked to have seen it in a world where we got a decent sequel to this. With a bit more time and memorable design behind it, The Last Witch Hunter could have been a cult-film like the Highlander series. Supporting actors like Michael Caine, Elijah Wood, and Rose Leslie do their parts fairly well here, and the experience was entertaining if a bit absurd at times.

The DVD comes with a few fun extras about the world and the magic system in it, which again shows me the producers of this film do seem to care about it, which is really all I ask. If you’ve finished the Underworld movies again and need a more PG-13 version, give this a watch sometime. 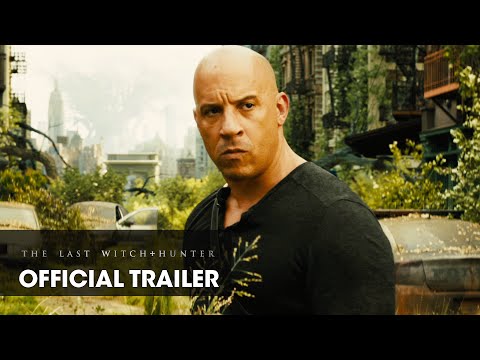