For some, the opening moments in Damien Chazelle’s La La Land will be a case of love at first sight. For others, however, the L.A.-set musical narrative will be a difficult pill to swallow. Either way, it’s hard to argue that this isn’t one of the most important films of the last ten years. After all, it just jump-started the long extinct musical genre – and that takes a lot of moxie. Good movies are a dime a dozen, but great movies are fairly rare. They often come from out of nowhere to shock and surprise audiences with something remarkable and new. La La Land greatly attempts to be such a film and enters the box office in a time when the world needs nothing more than a hopeful smile. Like The Artist before it, the film is a throwback to an all-but-forgotten exuberant Hollywood period where stars magically tap danced and belted across the screen in front of beautiful backdrops. You’ll fall in love with its leads, hum along to the tunes and wish it would never end.

It all starts on a busy Los Angeles freeway. The traffic is backed up for miles and the sun is cooking down on frustrated drivers. All of a sudden, music explodes and a salsa beat emerges between the buzz of noisey car horns. Before long the drivers are leaping from car to car and singing in unison to a movie musical dance number. Not long after we get our first glance at our leads: Mia (Emma Stone), an aspiring actress who works a few shifts as a waitress and Sebastian (Ryan Gosling), a struggling jazz musician with ambitions of owning his own club. After a number of run-ins across the town, the two wanna-be stars grow to dislike each other, but after setting aside their differences they become a couple and inspire one another to fulfill their dreams of making it big. When success finally comes their way, they are faced with the tough questions about romantic love versus career opportunities.

La La Land gets a lot of its flavour from classical films like Singin’ In The Rain and New York, New York. It introduces the classics to a whole new audience while paying homage to the old. Nobody could be better suited to guide us through this magical world than the film’s leads. If Emma is the heart of La La Land, Ryan is certainly its soul. Both actors deserve so much credit for their outstanding performances.

In the end, La La Land is everything you want it to be: retro, fun, funny, charming, and irresistible. 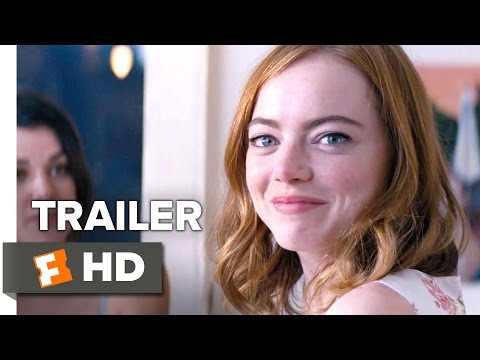