The sub-genre of gaming known as “GTA but with X” has been thriving for the last few years, and for good reason, as open-worlds packed with content seem to be an instant success story in any setting. However, to stand out from the crowd you need to make sure that whatever your “X” is going to be, it’s both different enough and fun enough to play that your players will buy into your vision. L.A. Noire definitely tries to go big in this way, but is it enough to let you see past its more irritating aspects? L.A. Noire was originally released in 2011 for the previous generation of game consoles. This current release is an upscaled version for the systems of today, with increased graphical presentation, all the DLC included, and a few gameplay tweaks. The first thing you notice is that the graphics do hold up quite well, especially with the increases for the current consoles. At times it looks better than games released this year, especially if you have a PS4 Pro. One of the main advertised features of the game at release was its advanced facial recognition software that led to its in-game characters having highly expressive faces. This is still quite impressive to see, although every now and again heads into uncanny valley territory, especially on a large television screen, where it seems easier to spot. The reason this technology was included is for a good reason, however. You primarily play the game as a mixture of the classic GTA roam around, explore and shoot things dynamic, but with one key difference: rather than the criminal, you are now a police detective. As such, you must detect things. This includes collecting evidence and then interviewing or interrogating people and determining the lies and holes in their stories. As such, advanced facial recognition to see when people are lying is very useful. It’s a fun gameplay mechanic, but not without its flaws: sometimes the faces are extremely exaggerated, and also it is sometimes hard to tell which response you should give to the game, even when you know something is fishy from your witness. A wrong choice leads to the game continuing, but usually along a more unsatisfying route than it could have been. You have one chance to present a point or rebuttal, and if it’s not exactly what the game was looking for, even if it was reasonable to assume it was meaningful, you are told you were wrong. Games like Ace Attorney that use a similar system at least include three tries or some such mechanic, which would have been welcome here. At worst, this makes investigations reminiscent of the more obscure logic puzzles of yesteryear’s adventure game titles. One improvement has been made over the original release, however: your options in any interrogation have been changed from the vague “Doubt, Lie, Accuse” to the more specific “Good Cop, Bad Cop, and Accuse” system, which helps you predict better how your character will react. Where the game wins back most of my love after these niggles is with the story and setting. You play as Cole Phelps, a detective in Los Angeles in 1947. You explore his past and play through his career, starting as a lowly beat cop and through the various departments of the police that he ends up in, such as arson, homicide and so on. The game is a loving homage to the noir movies of the past and a lot of tributes are paid to classic film and tropes that are always enjoyable to experience. If you have any knowledge of L.A. and its past, you will enjoy your time in this seedy city. The game’s own plot is well developed, with interesting characters to interact with or investigate. I found myself getting frustrated with L.A. Noire fairly often, mostly because of my own need to be a perfectionist in the game, but I still came back to it again to carry on and see where things ended up. There’s a lot of content and you can easily play it for 20-30 hours while exploring the city and the optional tasks and DLC missions that are included. I liked the idea of the detective game being updated in this way, and when it works, it really does, and you feel like a genius for getting things right and stopping the bad guy. However, when it doesn’t work, things can get irritating.

I applaud L.A. Noire for its scope, and I would still love to see a sequel that improves on these issues, with the same dedication and love shown in its design. There’s a lot to enjoy here if you’re willing to be patient. 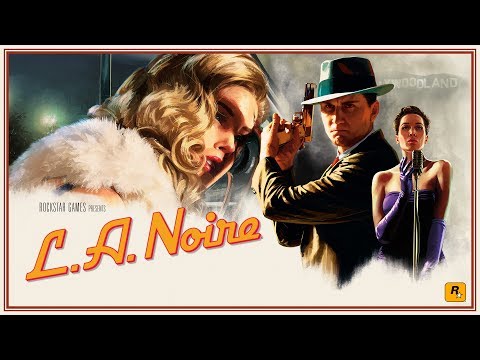