Home > Uncategorized > What Happens When Kylo Ren Meets Harry Potter? Probably Something Like This

What Happens When Kylo Ren Meets Harry Potter? Probably Something Like This

In a spoof video we created, we imagine what it would be like if Kylo Ren had breakfast with Harry Potter. In this hilarious clip from What If with Adam Driver and Daniel Radcliffe, we see the two share a few funny thoughts over nachos.

In What If, a medical-school student drops out (Daniel Radcliffe) after discovering his girlfriend having sex with his anatomy teacher. He is coerced by his best friend Allan (Adam Driver) into going to a house party, where he meets Allan’s cousin Chantry (Zoe Kazan).

“I just had sex and I’m about to eat nachos; it’s the greatest moment of my life,” declares Emo Kylo, while a sad Harry Potter questions him about his cousin. You do the math. 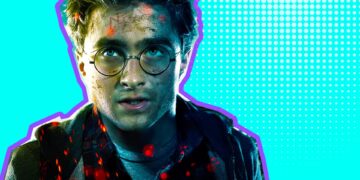