Everything We Know About Resident Evil 7: Biohazard

When Resident Evil 7 was officially announced during E3 not much was revealed about the game. Fans were rightfully concerned about what direction the franchise might take, seeing as the series had evolved, or some might say devolved, from a slower, paced horror survival game to a fast-paced shoot anything that twitches action game. But as news started to slowly trickle in fans got more excited for the franchise’s return and Capcom promised a Resident Evil game that would be returning to its survival horror roots.

In anticipation of the game’s release, later this month I’ve put together a few things you might want to take note of before plunging headfirst back into the franchise.

Resident Evil 7 takes place four years after the events of Resident Evil 6. You play as Ethan Winters a man on a quest to find his missing wife. Ethan is a normal everyday guy, unlike heavily armed and highly trained protagonist from the previous games. This vulnerability is just another indication that Capcom is taking the franchise’s return to survival horror seriously.

His search takes him to a derelict and creepy plantation mansion (are there any other type?) in Dulvey, Louisiana where he gets taken prisoner by the Baker Family. Most of your time will be spent exploring the tight corridors and the surrounding grounds. HTis focus on a more contained experience similar to the excellent and scary Outlast feels like a step in the right direction.

There will be no hand holding in Resident Evil 7. Mystery plays a big part of the game’s narrative and how players will experience it. Therefore, the developers want the players to feel like they are solving the mysteries behind Ethan’s wife disappearance and the strange resident of the mansion. The developers want players to genuinely feel unnerved by what they experience in the game. Part of solving the mysteries of the mansion, of course, is solving puzzles. Puzzles will play an important part in Resident Evil 7 and will tend to be a bit more clever than your standard, get that key, unlock that door type.

Although Resident Evil 7 does seem like it will be returning to its survival horror roots, it does introduce some new mechanics and changes. One of the most drastic changes from what we’ve come to expect from the franchise is the shift from a third-person perspective to a first- person one. Switching to a first-person perspective means that the player’s experience will be a more intimate and immersive one, and as with the smaller location, this helps create a welcome tension. The game will also support PlayStation VR for a more immersive and probably pants-soiling experience.

This is my boomstick.

While there will be moments where players might need to use a weapon to take down an enemy the shift to a first-person viewpoint does not mean that Resident Evil 7 will venture into the first-person shooter genre. Players will have access to weapons such as shotguns, pistols, and knives. As with the original Resident Evil games, ammo will be scarce, so there will still be more than a few moments where you would need to haul ass in order to escape that which is hunting you. In order to survive Resident Evil 7, players will need to continually think on their feet.

Night of the Living Dead?

One thing many fans have been wondering about is; will we be facing zombies or maybe a more supernatural threat (along with the Baker Family)? Well, we are not quite sure. It’s clear from statements by director Koushi Nakanishi that there will be fewer enemies, but that your encounters with them will be more meaningful than in previous games. Individual enemies will now pose a much greater threat. He did mention, though, that the game will definitely not be a game that lets you mow down hordes of zombies. The developers also did reveal that players would face “Zombie-like” enemies, now if this means that we’ll be fending off your classic slow moving zombies or, those seen in Resident Evil 4 is not entirely clear. One thing is for certain, players will be facing something scary.

From what has been revealed and the hype surrounding the Resident Evil 7 demo that is available to download, it would seem that Capcom is indeed making a welcomed return to survival horror. With a more focused effort on atmosphere, intelligent scares, clever puzzles and an intriguing story, Resident Evil 7 could be the game fans have been asking for, for years.

Resident Evil 7 is set to release on the 24th of January 2017 for PC, Xbox One and PlayStation 4. 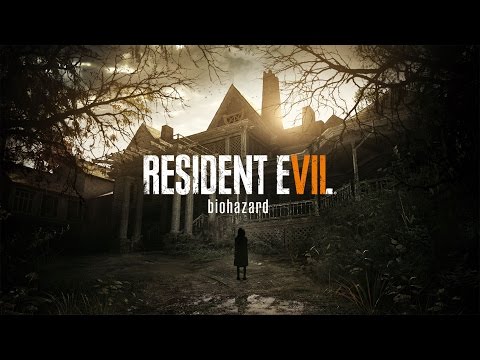 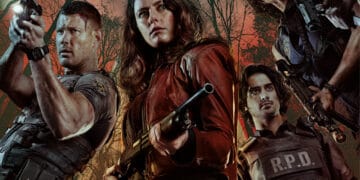