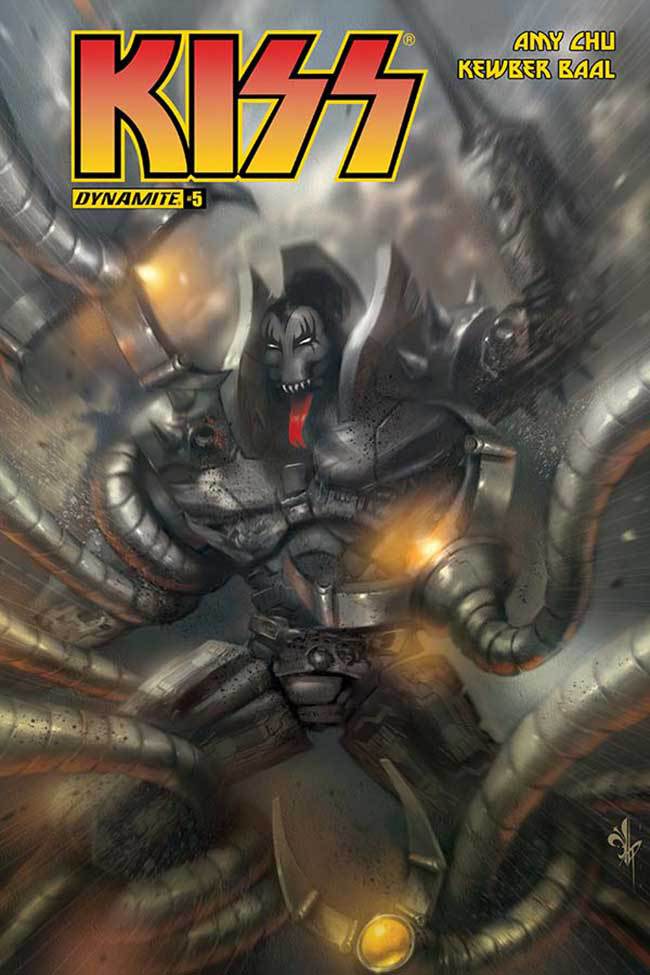 KISS #5 is an absolute winner. In fact, to quote a rather more tongue-in-cheek band, it pushes things up to eleven. 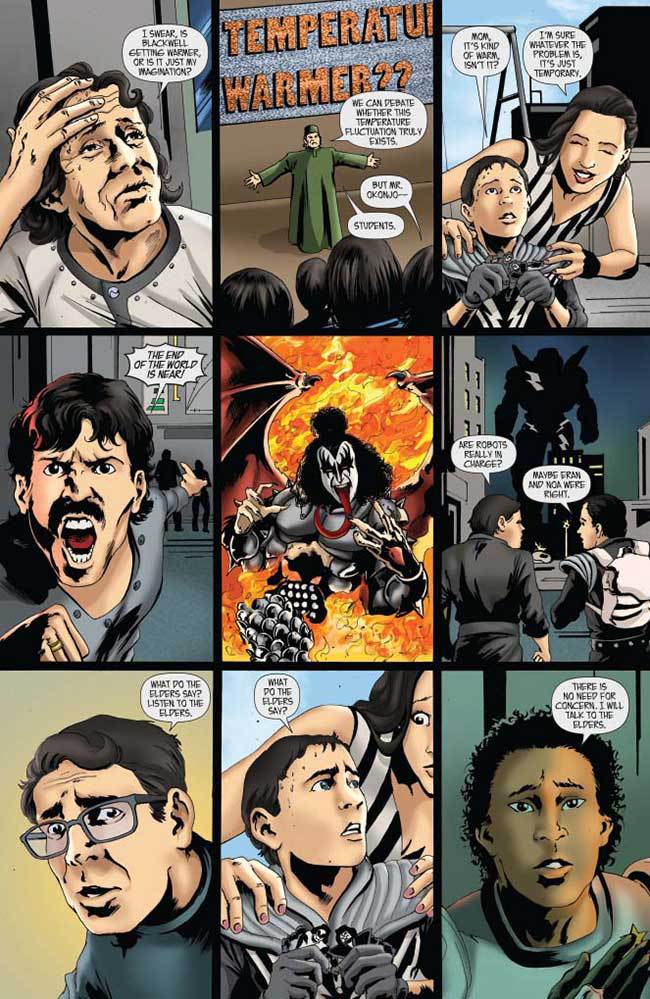 Things are beginning to fall apart; the centre cannot hold.

The city of Blackwell is at the dawn of an uprising, as the inhabitants start to question the Elders and are become scared as the city starts to overheat. Perhaps it’s a sign of the dawning revolution, brought about by teenage rebels Eran, Noa, Adi and Alex? Perhaps it’s a punishment being brought upon them for abandoning their loyalty to a system which has kept them safe for so many years? Perhaps it’s the return of the band KISS, who seemed to have inspired the creation of Blackwell itself? 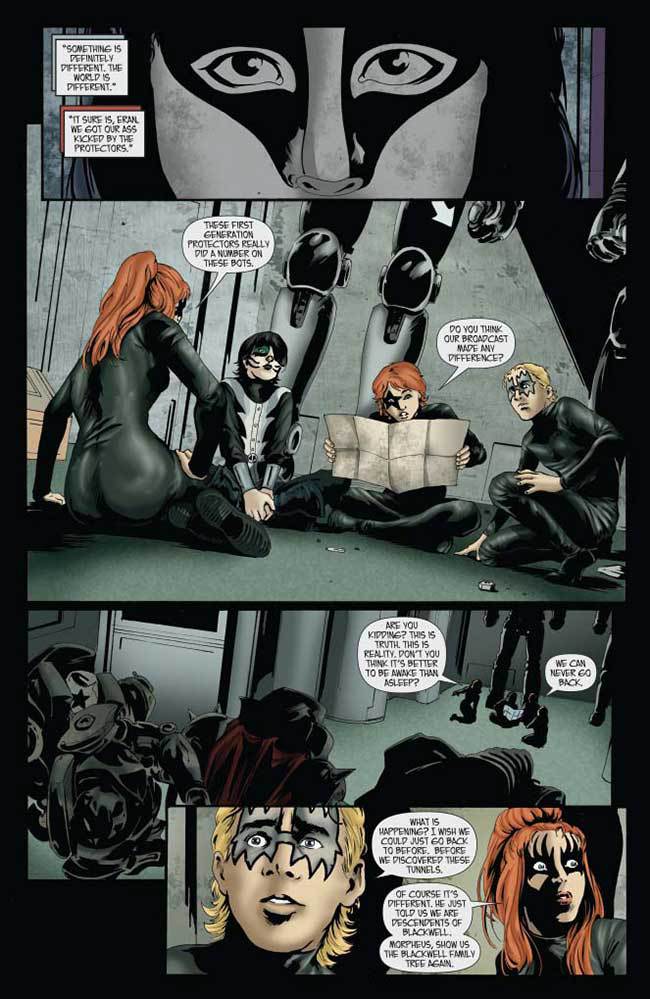 What makes KISS #5 a winner is the sheer simplicity of the storytelling, without ever being simple. Amy Chu gets the basics right, from the varying attitudes of the public over what’s happening in the city to the Javert-like intensity to duty of Chief Ishida. The fundamental question readers have had since the start is what lies beyond the gates of Blackwell, and here it’s teased to perfection… and answered in the most stunning way possible.

Of course, there’s still the primary focus on the main characters too, and they respond to the overwhelming event they’re finding themselves in by doing what comes naturally to teenagers whose world is falling apart – they rock out.

Kewber Baal’s art is still impressive too, creating a flowing style of visuals which is both attractive and cinematic. Again, other comic book artists could learn a thing or two from the work on this book because it’s consistently been that damn good.

KISS, while not being for everyone and lacking depth in some areas, continues to be full of surprises and offers a startling amount of beauty. Like the band itself, it’s awe-inspiring and totally entertaining. 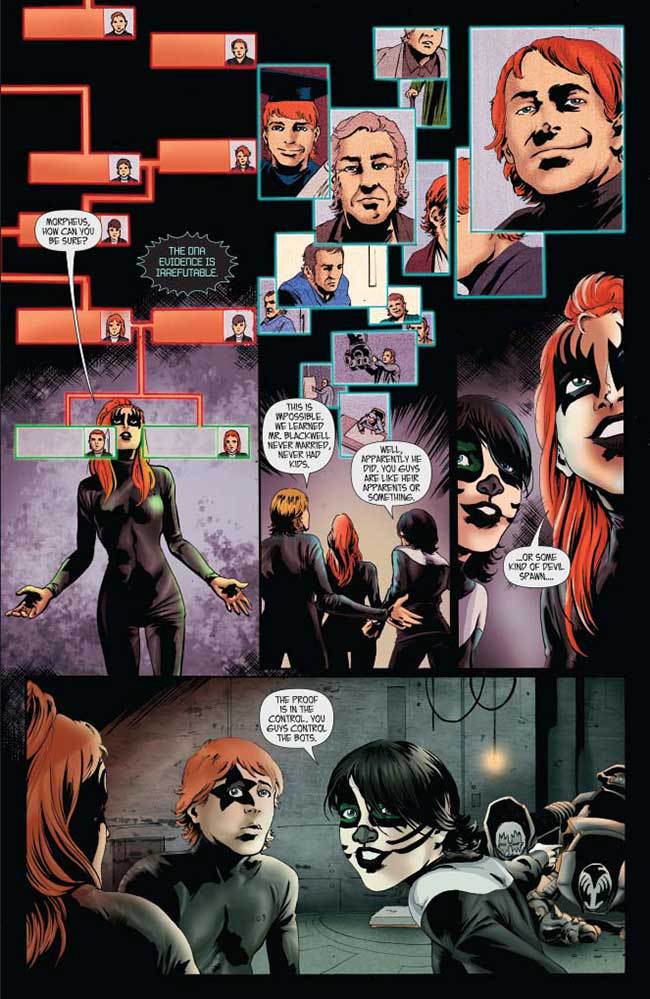