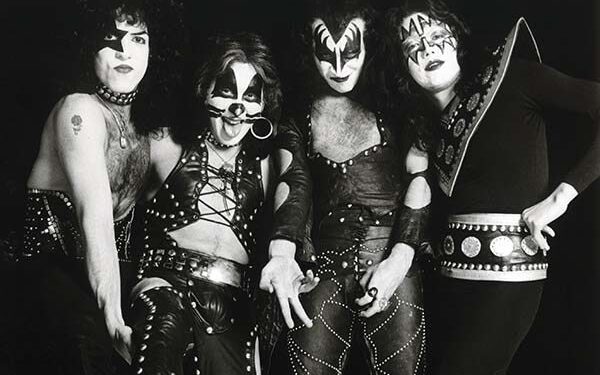 Seriously, there are few books on the shelves which look this good, and while the plot may be a simple one there’s a lot to be said for sheer creativity and solid writing in KISS #4. If you’ve been following the dystopian adventure so far, then you’ll know that things are looking bleak for twins Eran and Noa, and their friends Adi and Alex. Having learned the forbidden truth about Blackwell from an old computer system, they return to try and spread the news to the other inhabitants… an action which immediately gets the twins arrested.

However, a stunning jailbreak and the reveal that some of them are more than they appear sets the stage for a revolution of pure order vs. rock ‘n’ roll rebellion. But just because the kids have robotic battle armour and wear the KISS make-up, that doesn’t mean they’re a force to be reckoned with quite yet…

There’s a genuine feel of teenage rebellion here, and it captures the mood wonderfully. The spirit of KISS may be in this series and play a key role, but it doesn’t really feel forced. Likewise, the big reveal of the lineage of certain characters seems almost too by-the-numbers. Technically that shouldn’t be a complaint, but it’s a cliché and an obvious one at that. Harry Potter, Percy Jackson, and just about every other kid out there in fiction all seem to learn that their parents/granparents/distant ancestor just happened to be a big deal, and it’s the same thing here. For all the creativity shown in this series, there’s also a recurring feeling that you’ve seen this sort of thing before and should try something else.

This series is still holding up and should please the fans, but a few unexpected twists and turns wouldn’t hurt it at all.