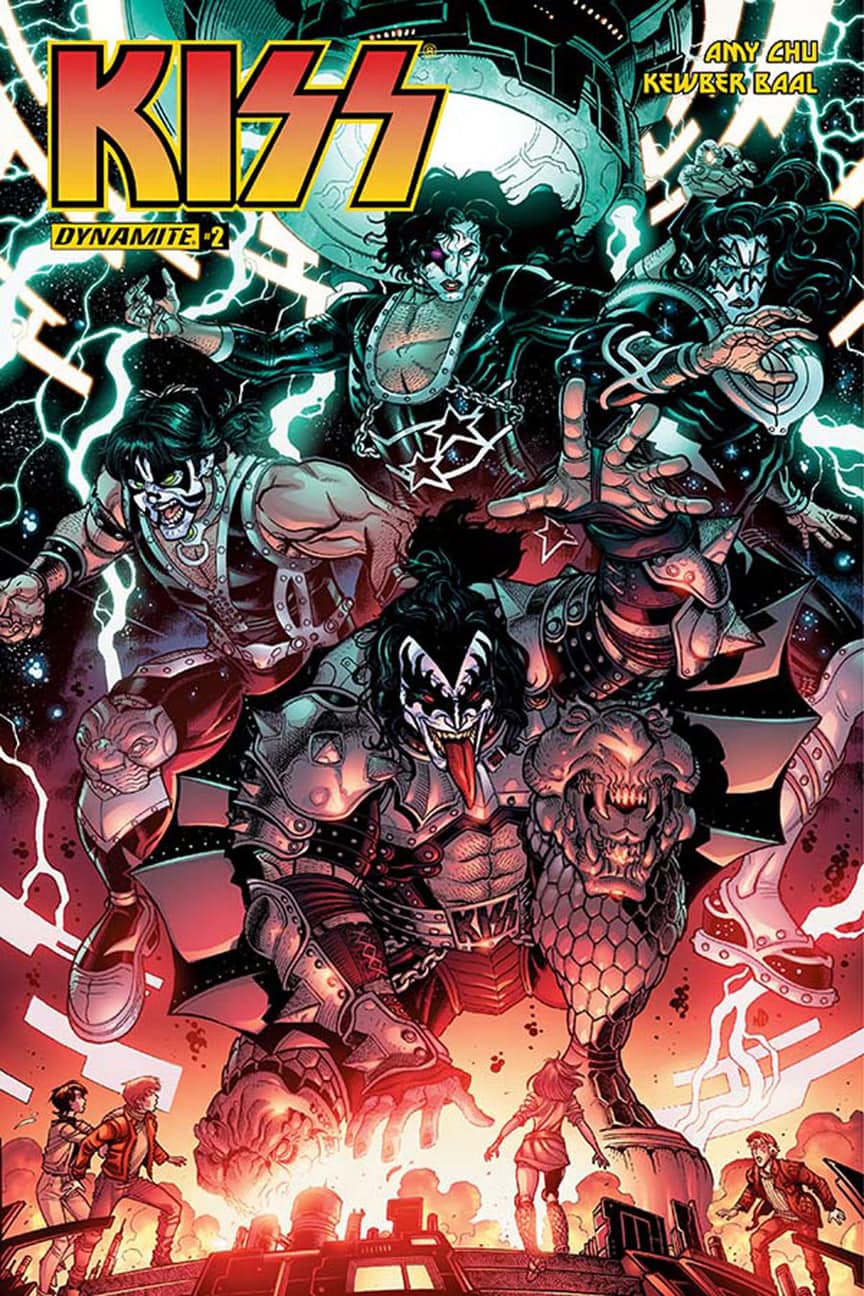 If there’s any complaint about KISS #2, it’s a strangely complimentary one: you wish it were longer. In fact, straight after reading this I went back and re-read the first issue, before reading this one again in order to get maximum enjoyment out of it. 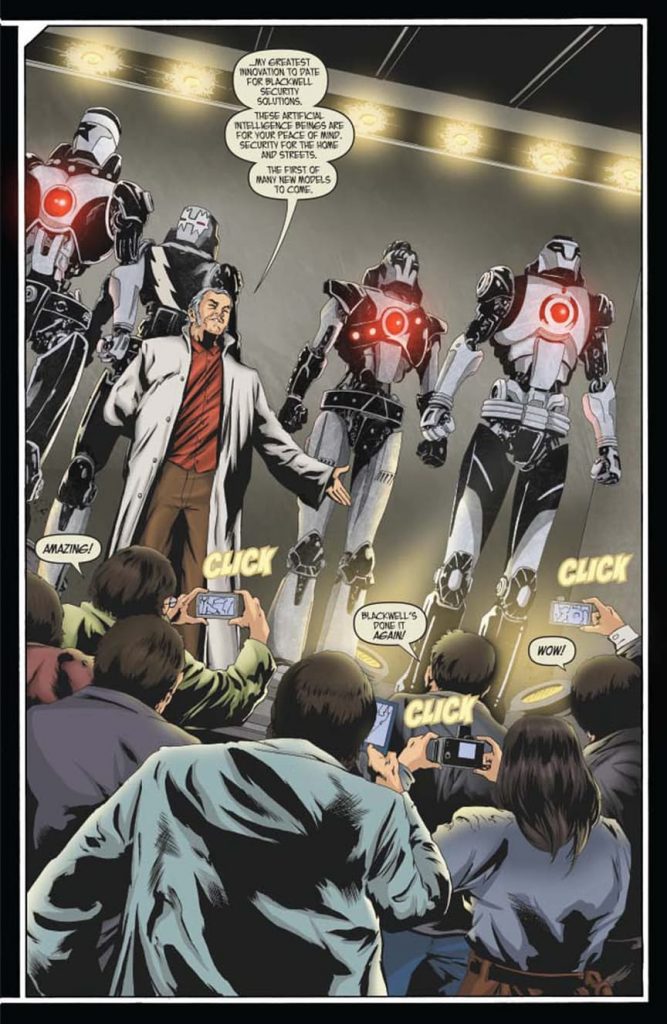 In the subterranean dystopia of Blackwell, teenage rebels Adi, Alex and twins Eran and Noa are on the run. Having discovered a computer which knows the truth of the world they live in, their emotions are conflicted and their opinions divided. However, the mechanized protectors of the city are after them, and escaping with this knowledge – and their lives – is doubtful. But what role did symbolic figures of Demon, Catman, Spaceman and Starchild play in the building of their world, and why are the twins so important to the future of their civilisation?

KISS is an absolute treat to read, delivering an astonishingly original, well-told story and great art. Unlike other rock-themed comic books, this one uses the images and attitudes of KISS without being heavy-handed. While the presence of KISS is all over it, it’s also non-invasive and there’s something almost natural about the whole thing. As with KISS in real life, here the image of them is viewed in completely contrasting styles by the two forces represented. For the overlords of Blackwell, they create fear and intimidation; for the teenagers, they symbolise the outsiders and freedom. It’s astonishing to see a story so clearly embody the different attitudes which the band have always evoked, something which has made them both one of the most popular rock bands of all time and also one of the most despised. When combining that with a dystopian future (or is it?), it suddenly ascends to a whole new level and Amy Chu deserves special credit for this.

The presentation is amazing too, with the passive-aggressive authority in charge coming across in such contrasting style to the teenagers finally having their eyes opened to the truth, every scene flowing naturally and with a movie-like quality.

This should appeal not only to fans of the band but to fans of YA sci-fi, readers who are looking for something different… hell, it should appeal to anyone who simply wants to read a great comic book.