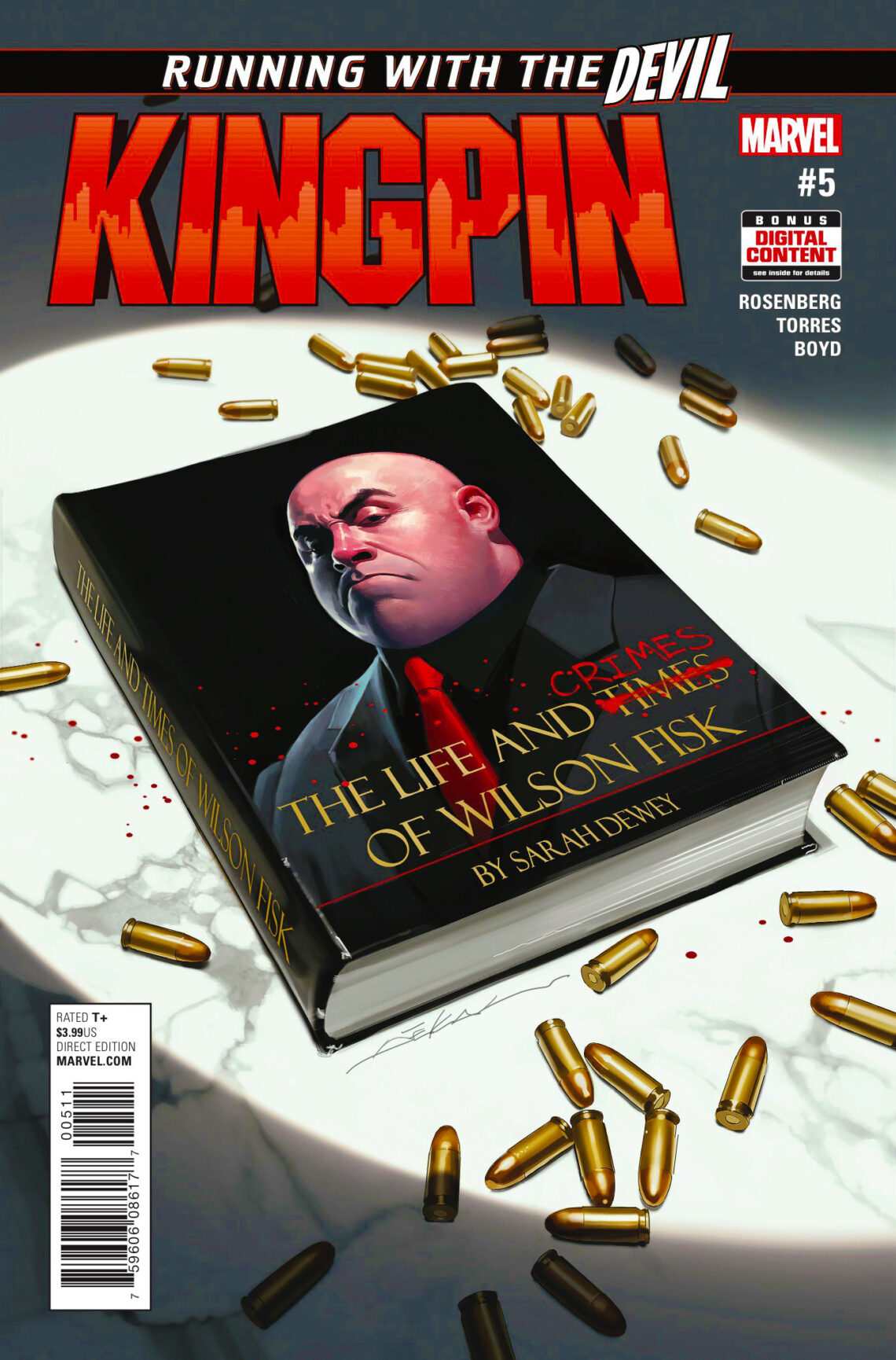 First of all, it has to be said that this is a slightly disappointing ending to what’s been an incredible miniseries. The last several pages of Kingpin #5, in particular, felt rushed and a sixth issue would have gone a long way towards allowing it to finish with the same style as it started. 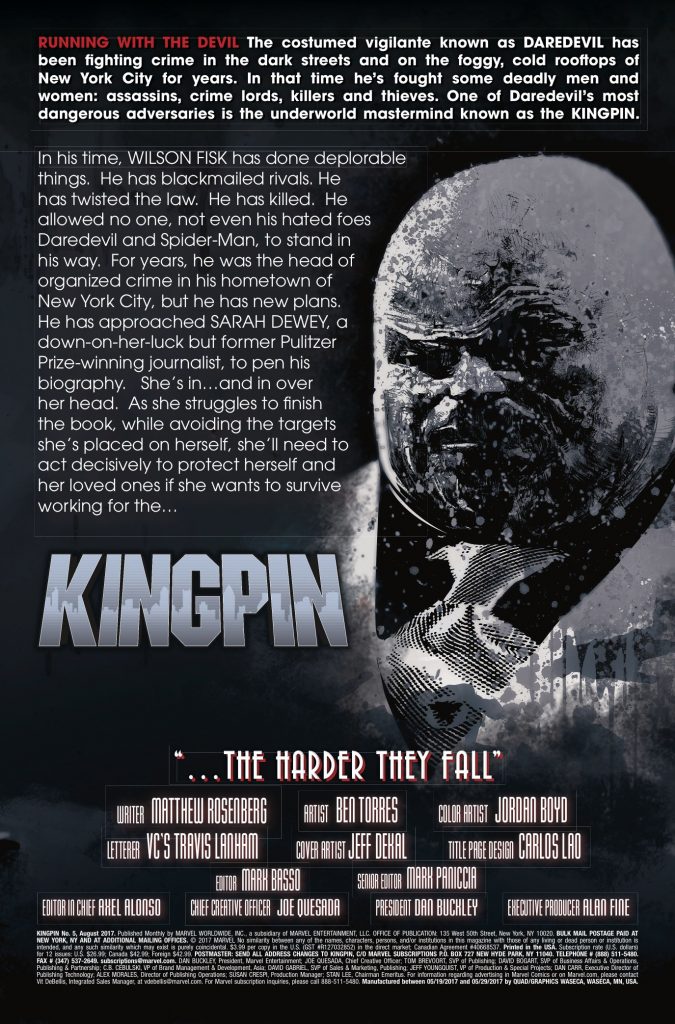 Kingpin #5 feels somewhat like a missed opportunity because this series could have genuinely been one of the greats. Instead, like in the world of boxing which this issue covers, it could have been a contender… That being said, it’s still solid enough in terms of rounding out the series, even if it may not seem that way at first.

Sarah Dewey, the journalist hired to write Wilson Fisk’s biography, is suddenly faced with the ramifications of working alongside the Kingpin. Her friend, boxer Orlando Perez, has been pressured to throw his latest fight by Fisk and his criminal associates, and his refusal to do so could be disastrous. While Sarah tries to make her own stand against Fisk and distance herself from him, Orlando’s life hangs in the balance… 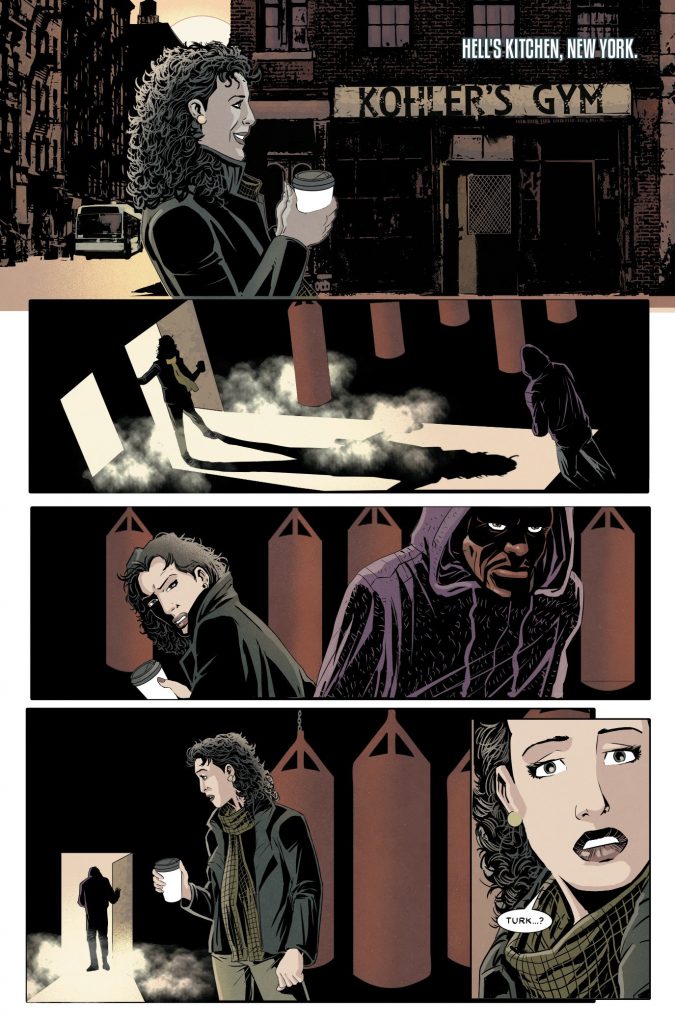 Sarah Dewey’s tale is a strong reminder that once you’re involved with the criminal underworld, it’s hard to get out. Her spirit tells her to resist, to leave the book unfinished and to reject Fisk and all he stands for – despite all the benefits she’s gained from it. It’s echoed in Orlando’s own desire to battle on rather than to throw the fight. Taking the high road means suffering and possibly death, while surrendering means losing a piece of your soul.

It’s impossible to make moral judgments when neither solution is a perfect one and, in that regard, this issue tells an intelligent story. The ending may seem vague on the first inspection, but when you view it in those terms it’s tragic, cynical, and entirely understandable. In fact, the longer you let it sink in and think about it, the more impact it has. 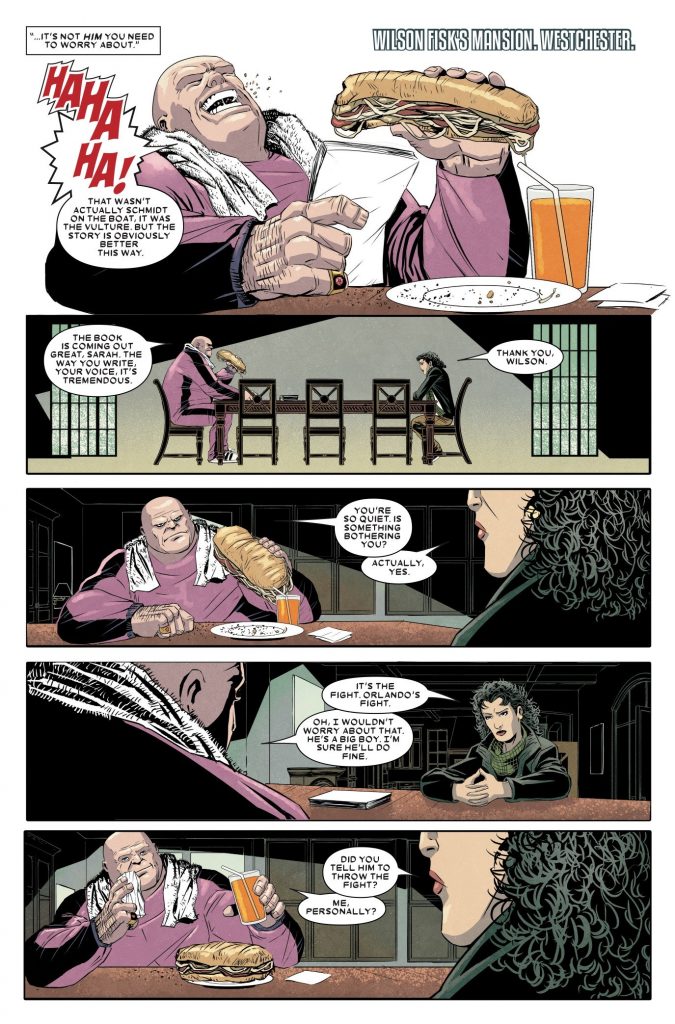 The pacing of the story, especially through the art, is a bit of a let-down… which isn’t to say that the art is bad, in any way. It’s just that this issue is the most visual in terms of storytelling so far, with Orlando’s fight being pivotal – and completely silent. With scenes like that, there’s an unfortunate natural desire from the reader to race through the panels until the dialogue kicks in again. Sadly, doing so means that the climax of the story is over too quickly and it does this issue no favours.

For whatever flaws exist with Kingpin #5, the end result is still a haunting one and the entire series has been more than worth it. This final instalment may not quite be what some had been hoping for, but it still packs a punch – even if it’s a sucker punch.