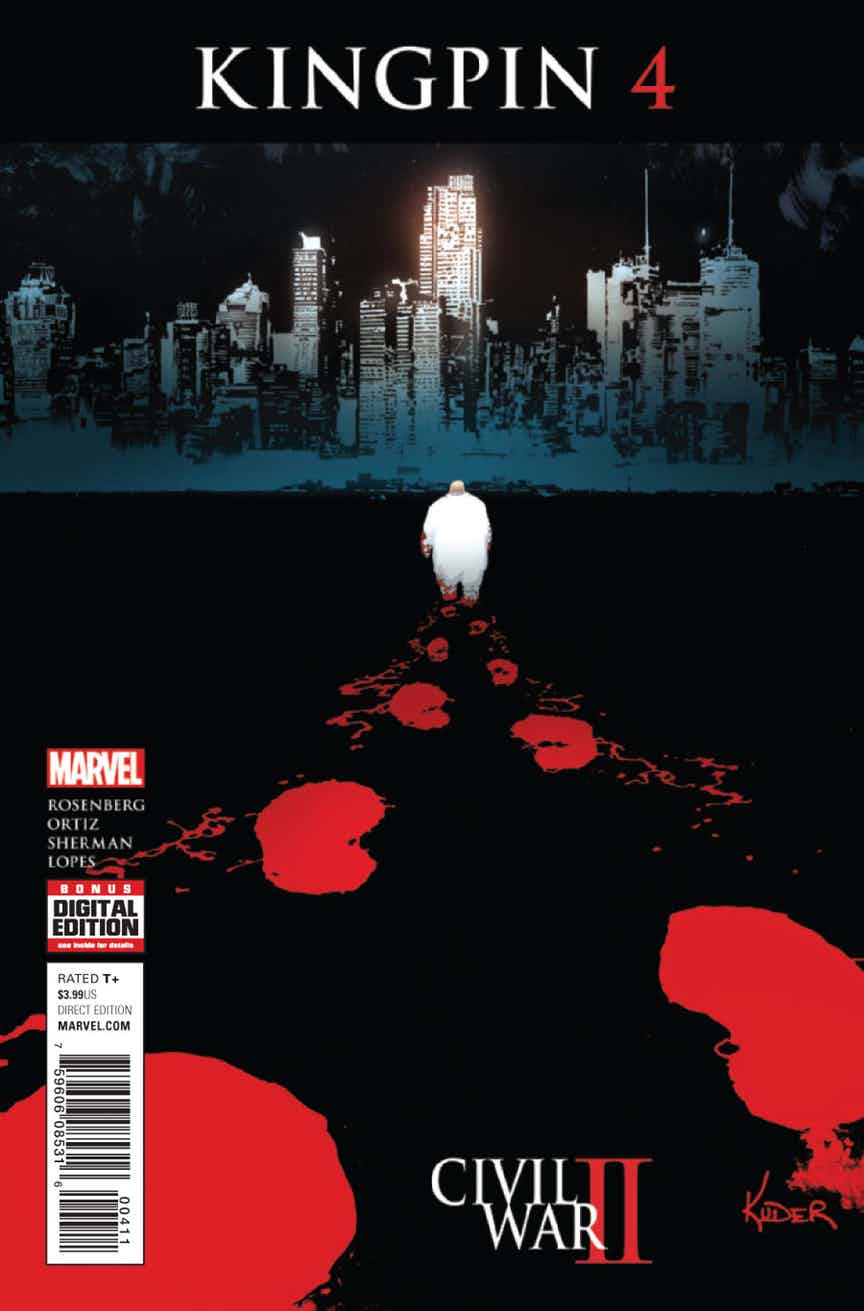 In Kingpin #4, Wilson Fisk – the former Kingpin of crime – and writer Sarah Dewey are ambushed in an alleyway by two hitmen. Her incriminating interview with mob boss Tombstone having been leaked, she now faces mob justice. Yet in the Kingpin, she may have found her unlikely hero. Fisk will protect her in any way, from keeping her physically safe to providing legal representation in her custody battle, it’s clear that there’s more to him than meets the eye. But what price does a friendship with the Kingpin truly cost? Is Sarah just a pawn in the Kingpin’s bigger game, his unwitting accomplice, his last hope for redemption, or something more? 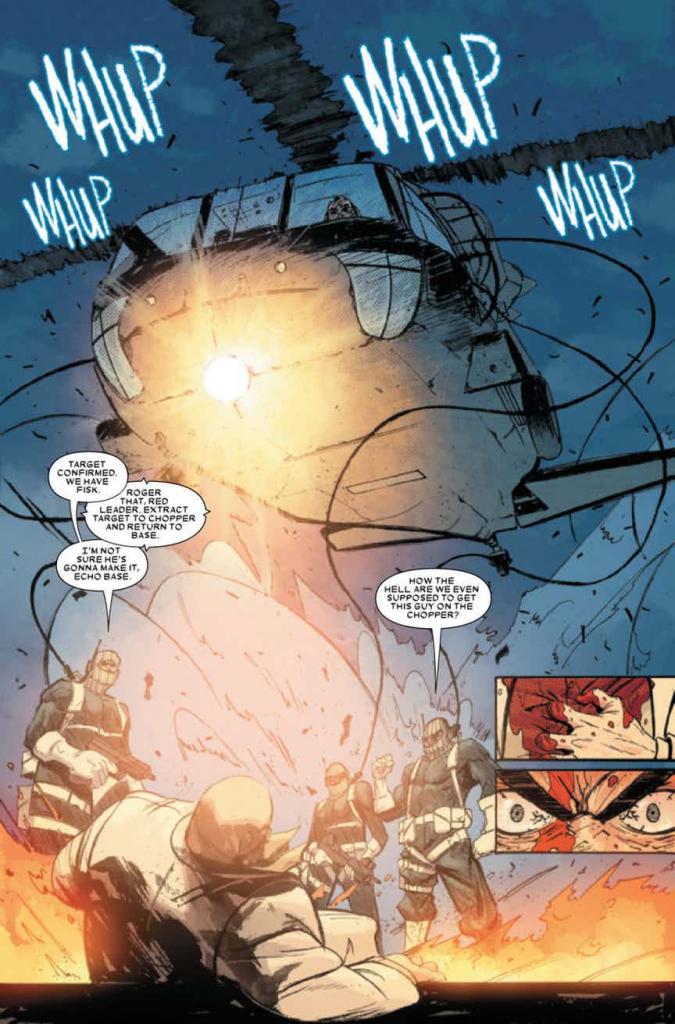 Kingpin continues to be a standout, one of the strongest offerings from Marvel in years. Sarah Dewey may not be a cornerstone character in the Marvel U, but she’s been front and centre here and Kingpin #4 is all the better for it. Serving as an everywoman who many readers should be able to relate to in some way, seeing the story from her perspective is both astonishing and tragic. She’s like Phil Sheldon from the classic Marvels and written just as well. Her struggle to remain neutral and innocent in a situation which keeps pressing her to take a side makes for a powerful reading experience.

For every moment of action we’re presented with – a constant reminder of how fierce and dangerous the Kingpin can be – there are personal moments full of real emotion. The Kingpin’s simple tale of his late wife Vanessa’s pancake recipe may sound hokey when mentioned here, but when read properly it’s one of the simplest, most beautiful explanations of love that you’ll ever find. As a character study of the Kingpin, it’s truly brilliant and continually adds new layers of depth to his character. 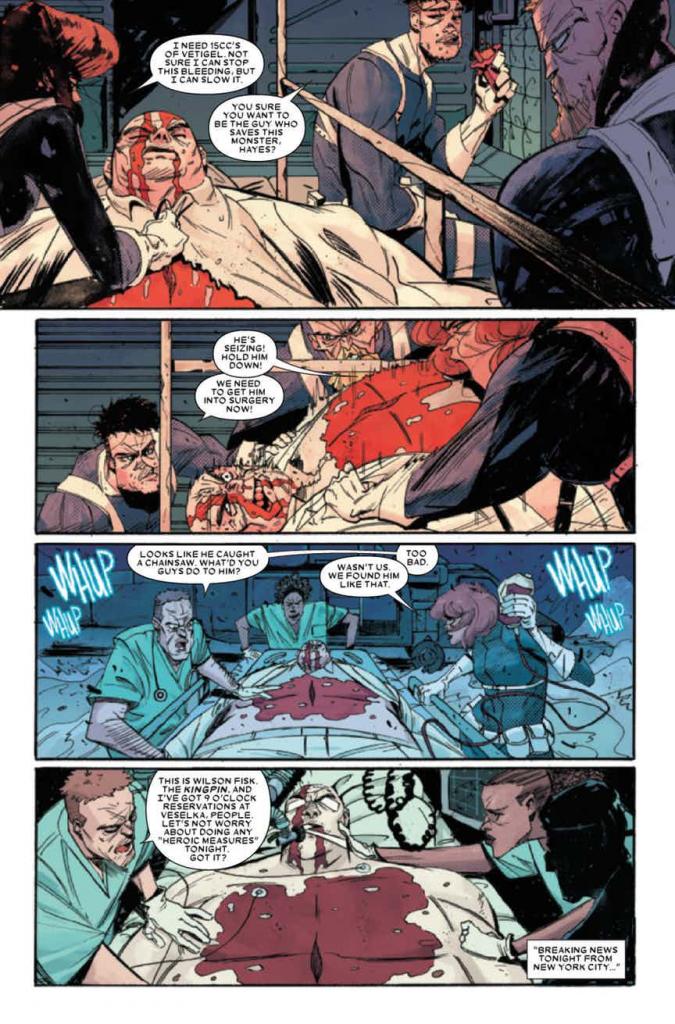 The artwork sees Miguel Sepulveda step in for Ben Torres, but the high standard is maintained. Every subtle moment is captured during the smaller, more personal scenes, while the more typical standard ones are handled with style. Like the best noir films, mood is conveyed in everything from the angles and type of shot in each panel, through to the use of colours and shadows. There’s a constant sense of danger on every page – even if we’re not sure quite where it’s coming from.

It’s a series which blurs the lines between heroes and villains while showing the struggles of everyday life even in a place as fantastical as the Marvel Universe. In some ways it’s similar to Jessica Jones or Marvels, being a slice of grim reality in a world of wonders, and comparison to both is justified and well-deserved.

This is a title which may have slipped under most people’s radars, but if you aren’t reading it then you’re missing out. 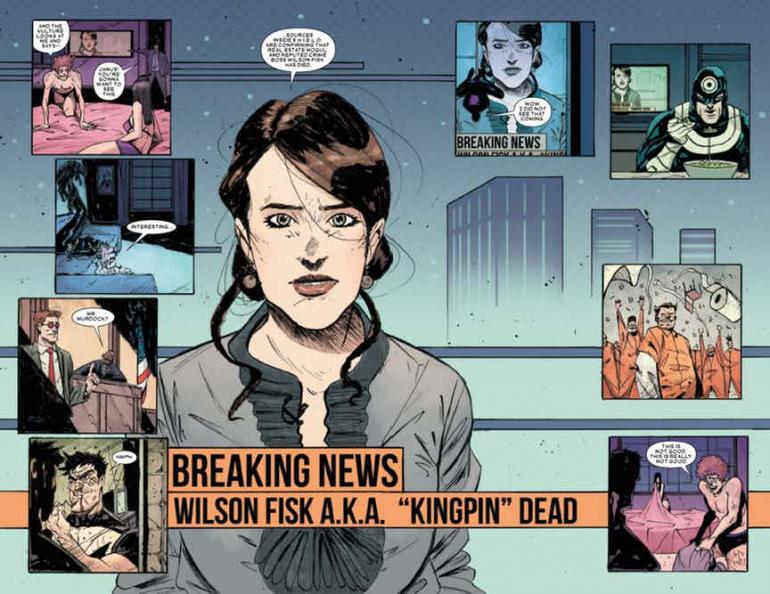