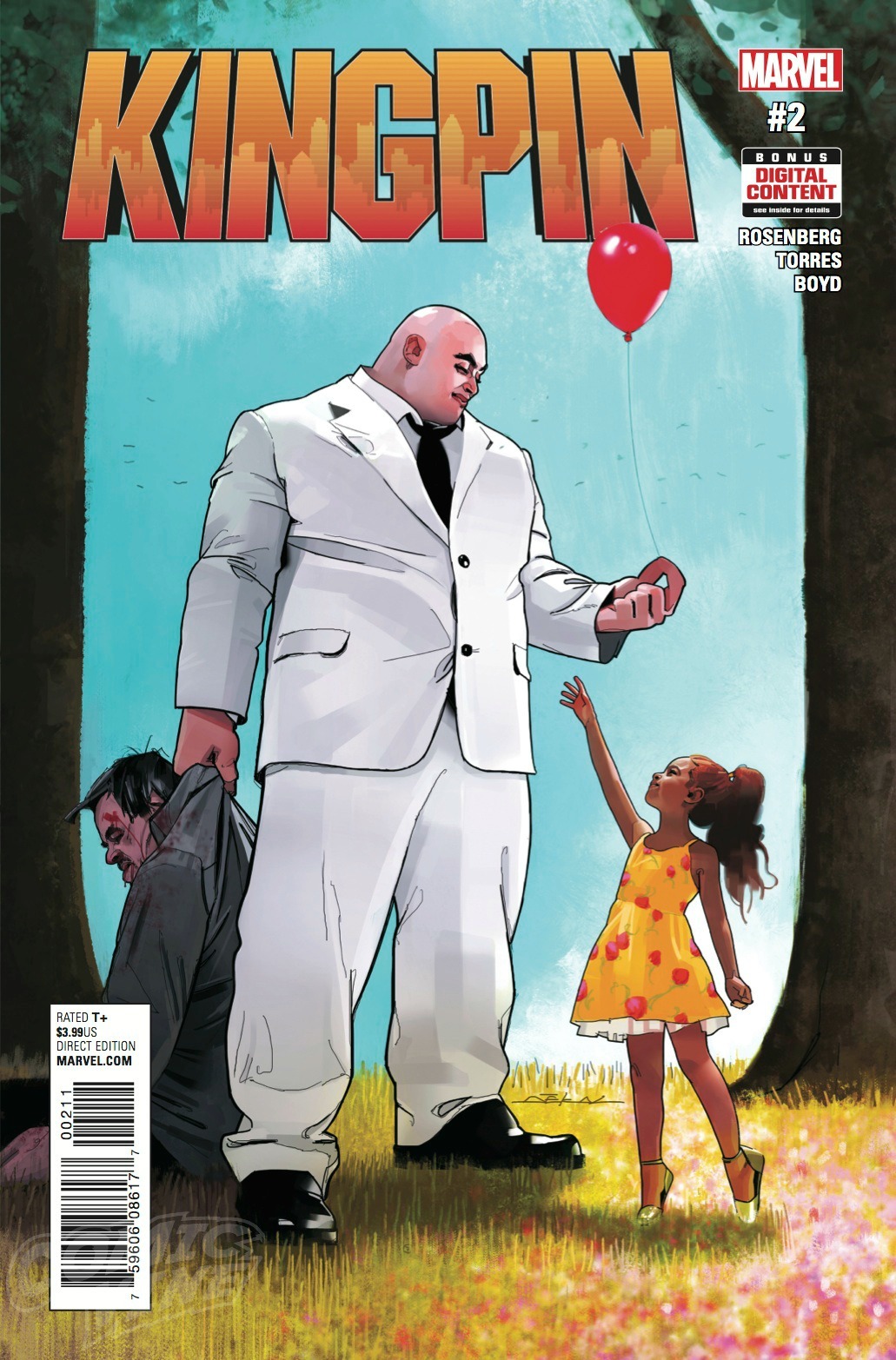 Sarah Dewey is facing a difficult task regarding her next job, and that’s whether she should accept Wilson Fisk’s offer to write his official biography. On the one hand, it means a steady paycheque, a chance to reclaim her reputation as a Pulitzer-winning journalist and the possibility of gaining better visitation rights to see her children. On the other hand, it means accepting a deal from the Kingpin of crime, and the dangers of getting to know the “real” him. We review Kingpin #2. 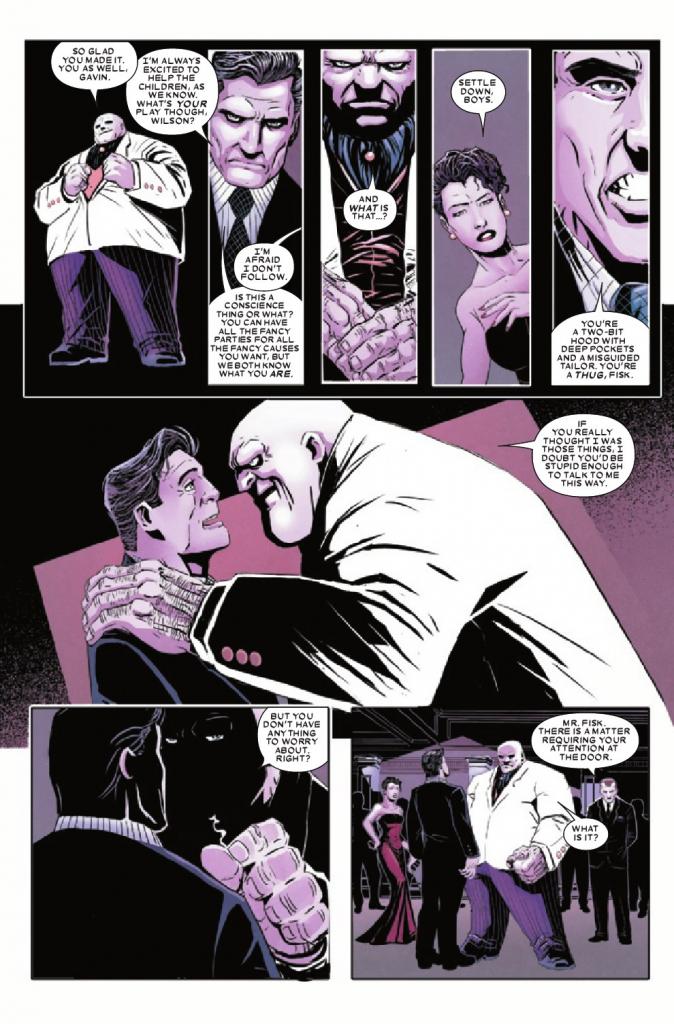 As she struggles to make her decision, all sides of Fisk are on display. From a violent outburst at a charity fundraising dinner to his philanthropic nature towards the downtrodden, Fisk’s life is nothing like what Dewey imagined. But lurking in the shadows, observing patiently, is somebody equally questionable in nature: the guardian devil of Hell’s Kitchen…

After an engrossing first issue, Kingpin #2 goes even further in establishing the Kingpin as one of the most complex villains in comic book history. Both in thought, word and deed we’re being presented with an incredible character study of the man unlike any other. It’s astonishing to see him once again as both the brutal crime lord as well as the sympathetic protector of his city.

Mirroring what we’re seeing, Sarah’s own astonishment feels entirely natural. Even better, she’s a tragic everywoman figure who’s struggling not just to make ends meet, but to hang on to everything in life which matters. It’s a battle she’s losing, and it allows her to be a figure whose moral compass could swing either way at the end of the day.

The story itself, like any of the best tales, is simple in plot but flawless in execution. It isn’t a typical superhero comic book, and that works in its favour. The appearances by the typical long underwear brigade here are used sparingly, thankfully, and even Kingpin’s criminal associates are just a MacGuffin to show his nature. Ever since the Daredevil television show aired, the go-to advice to any fan of it who hadn’t read the comic books but wanted to was to that they read Frank Miller’s run. While that still holds true, it’s fair to say that if anyone wants to read the best Kingpin-based stories, they should start here. This may just be the second issue and anything can happen, but if it continues in this vein then it’s a classic in the making.

What we’ve got here is an exceptional piece of work. From the stylised art to the emotional storytelling, it’s exactly what it needs to be.