The Kingdom Hearts series, in all its Technicolor, incomprehensible glory, is a master at building obsessives amongst its fanbase. What began nominally as a team-up between Disney and Square-Enix way back in 2002 has gradually spiralled out of control over the last decade and a half, culminating in the release of Kingdom Hearts III in 2018 (we hope; the heat death of the universe might happen before that does though). As part of the slow burn of anticipation, we have this, Kingdom Hearts HD I.5 and II.5 ReMix, a re-release collection of previous titles that, from title alone, seems to continue the bizarre and confusing legacy of the franchise up until this point.

First of all, a quick summary for those not in the know. Kingdom Hearts is an action-RPG with a dense internal mythology involving multiple worlds and chosen warriors who wield large key-shaped blades called Key-Blades (I know right?). Aside from the OC worlds, each of the worlds you travel too is based on a Disney film or franchise, and you interact and aid the characters of that world. The central protagonist, Sora, has a destiny and quest all his own, involving monsters called the Heartless, and the Disney elements feed into his own journey as he progresses. On many levels, it works as glorified fanfiction, but the scope of the series cannot be misjudged. The narrative can be challenging and overly philosophical at times, but over a period of playing the games, you eventually start understanding the internal language and symbols of the series (even if you can never explain it coherently to a non-fan). Gameplay is variable in difficulty, and on the higher difficulties can provide a decent challenge for experienced gamers; a sort of DMC-lite, with reflexes and dodging and aiming precise attacks being essential. On the lower difficulties, it is more friendly and welcoming for players just there for the story.

Onto this collection and what it means: This collection contains 4 games in the series and 2 films made out of un-portable games. These games are Kingdom Hearts 1, Kingdom Hearts 2, Birth by Sleep, and Chain of Memories. The films are Re:Coded and 358/2 Days. Each game is in its most complete form, with content that was often only available to the Japanese market for many years now included. The two handheld titles show their age a bit at this stage, but overall the production value in the upgrade has been solid. There was a previous port to the PS3 of these titles, but there have also been some changes since then. Each title now runs at 60 FPS in gameplay. This makes combat silky-smooth, but it occasionally causes some problems with reflex moments or QTEs that didn’t get converted to the new speed. The load times have been significantly reduced to the point of almost being instantaneous. There are a couple of minor bugs, but a Day 1 Patch has helped clear out a few of them.

If you had the PS3 ports of these titles, then perhaps the difference will not be so obvious to you. However, if you played these games at their original release, the improvements will be staggering and will be just what you need to get you into the mood for the final installment next year. More importantly, it is now possible to own all Kingdom Heart games on one console, PS4, if you purchase Kingdom Hearts 2.8 Prologue separately from this. Overall, this collection, Kingdom Hearts 1.5 + 2.5 ReMIX, is fantastic for die-hard fans and newcomers interested in the series. If you fall outside of these two groups, you may not see what all the fuss is about. Still, I’m glad we live in a world where Donald Duck can visit Hercules and Mickey Mouse has a giant key-shaped weapon. 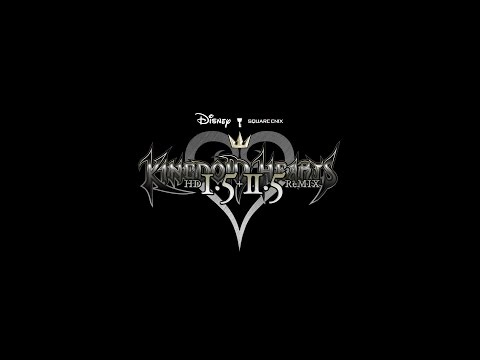