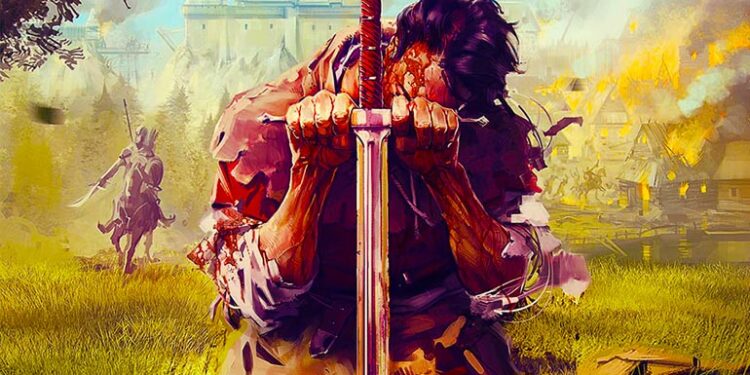 Clunky and old-fashioned, hardcore, realistic first-person RPG set in 15th century Bohemia (modern day Czech Republic) with a focus on minute details that eventually borders on the insane? Shut up and take my money! If I didn’t already sell it to you based on that synopsis alone, allow me to explain: Kingdom Come: Deliverance (strange name, but I’ve heard worse) has been a pet project of Warhorse Studios for near on a decade now. The studio, most famous for their work on Mafia 1 and Mafia 2, were devoted to creating an authentic experience in a video game that would showcase the history and culture of their own Bohemian background. The game is set in 1403, and after the previous king has died, a conflict over the throne has broken out between King Wenceslas, his foppish heir, and King Sigismund of Hungary, who also makes a claim for the throne. If you are expecting this to be the Czech version of Game of Thrones, you are very much missing the point. Your character is Henry, a rather silly looking son of a blacksmith in the small town of Skallitz. Events conspire that cast you away from home and into the service of Sir Radzig, the local knight in charge of the area. In his service, you will uncover and foil dastardly plots aplenty, but there’s very little saving-the-world type vibe going on here. You are, ultimately, still the son of the village blacksmith, and in the strictly hierarchical world that history shows us, you would be unlikely to be involved with the biggest movers and shakers of the era.

However, don’t let this put you off – despite being closer to the ground, this focus on smaller events and concerns in a smaller area works wonders for grounding you and connecting you to the concerns of the citizens of the world. Your explorable world is a few square kilometres that feature a few villages, a couple towns, a few castles, and a monastery. But it feels real – the villages feel connected, and they feel distinct. Life feels like it goes on there, whether you are involved or not. Questing works in a very organic way – there are usually at least 3, and up to 4 or 5 ways to complete a mission. Henry is not psychic, and a lot of missions involve discovering information in a natural way, which can be done in different methods, from speechcraft, to fulfilling other quests for characters, or to using theft and violence as tools to aid you. Sidequest variety is extremely interesting, and usually more than just a “go here and get this” kind of thing. Time also plays a big role in Kingdom Come: Deliverance – If you discover a plague, for instance, you cannot go and mess around for 40 hours and come back to solve the problem. They will have died and they will blame you. Similarly, if your lord tells you to meet him at a certain place at 9 am the next day, he will be extremely upset if you do not comply. This element features into the games use of realism, which is perhaps its greatest strength, and its greatest weakness.

Kingdom Come: Deliverance has multiple elements to keep in mind at all time – your character has a tiredness meter, a hunger meter, an intoxication level, he can get dirty, and his clothes can become torn over time. Showing up drunk, covered in filth and with torn clothes will have characters react differently to you than if you show up in shining armour, fresh from the bathhouse. Henry also starts the game about as good as you would expect a blacksmith’s son to be with combat – he has no armour, no training, and you will die to the first group of enemies you come across. Levelling up is achieved in a naturalistic manner – use swords a lot, get better at swords, etc. There are a few main stats, and many more individual vocations to train, like horsemanship and alchemy.

Combat has a ranged element and a close-up element. The ranged element involves bows and arrows, and there is no crosshair for the bow (of course). You will have to learn by practice how the arc of an arrow naturally flies. Close up combat involves wielding a sword, hammer or mace, together with possibly a shield, and locking onto an opponent. From there, you can choose your direction of attack and must counter blows from your opponent while choosing the opportune moment to retaliate and strike. At best, the combat is a slow, deliberate dance between masters. At worst, you wonder what the hell you’re doing, seconds before another bandit you didn’t see comes behind you and murders you. It doesn’t always work, but the weight you feel in every attack works to be very interesting. It even has elements in play to recognise the fact that hammers work better on heavy armour, with swords working better against normal clothes. Speaking of armour, you have 16 different armour and clothing slots. You layer your undergarments, then your clothes, then finally your armour and helmet on top. There is an intense amount of customisation available in terms of looks and feels for what you’re going for in combat situations. The game is played from the first person perspective, and if you are wearing a helmet that covers most of your face, your screen actually gets blocked off except for the eye slits.

Everything in Kingdom Come: Deliverance feels designed with care, in small ways that appeal especially to gamers like me. The alchemy minigame, for instance, is much more than just clicking and receiving a potion. You must work at a station, follow the recipe step by step, add ingredients and work the heat until you get your final product. Your character, realistically, cannot read at the start of the game. Scrolls and books have jumbled up letters until you train or practice reading with a teacher enough. Although I am gushing about this game, I can recognise its faults too – it legitimately has combat which can be hit or miss at times. There is a wide range of bugs and game crashing situations at launch, and although some have been patched, there are still many more to go. Little things cause niggles, for instance, saving can only happen after sleeping in an owned bed or by using a consumable item. Lockpicking is truly miserable as a minigame.

Many of these faults have been addressed and are promised to be fixed in upcoming patches. We shall see how that goes. As it stands, Kingdom Come: Deliverance is a game that will scratch every itch you have for an old-school RPG, or you simply won’t see the point. Both viewpoints are fair. What I believe stands apart though is the sheer amount of effort put in at every level in this game. It’s a labour of love from a team that cared about their product, and we could use more of that in the gaming world.