Kim’s Convenience: The Emotional, Hilarious Sitcom That Deserved So Much More Nowadays, a lot of sitcoms aren’t funny. They often feel as if they’re written by committee and there’s a distinct lack of soul to it. But Kim’s Convenience was the exception to the rule. Set in Toronto, it’s the story of a Korean immigrant family who run a convenience store in Moss Park. But that’s just the premise of something much larger, as it wasn’t afraid to tackle tougher subject matter and hard-hitting topics that most sitcoms would shy away from.

A core conflict in the series is the breakdown in the relationship between Appa and his son, Jung. While you do see the wounds healing as the show progresses, you sense the lingering sadness between them (and the family), as it’s pride holding them back from total reconciliation. Most families can easily relate to this situation, as well as the sheer stubbornness that’s preventing everyone from moving forward; however, it’s the sadness in Appa and Jung’s eyes that drive home the actual impact of such conflicts.

More recently, Kim’s Convenience tackled the issue of multiple sclerosis (MS). It isn’t only about the physical side effects of what Umma is experiencing but also her reluctance to reveal her diagnosis to family and friends. The way the topic was handled deserves praise, since it never felt like a basic summary of what people experience but encompassed the emotional roller coaster that the diagnosis sends people on. It captured the fear that resides in everyone when faced with something unexpected and potentially disabling.

But here’s the thing: Even when it ventured down the road of serious issues, it never forgot that laughter is the best medicine. You’d be wiping away a tear from a poignant moment and it’d be followed with something that’d crack you up. Kim’s Convenience knew how to toy with our emotions in a good way; the type that warms your heart after you finish an episode. 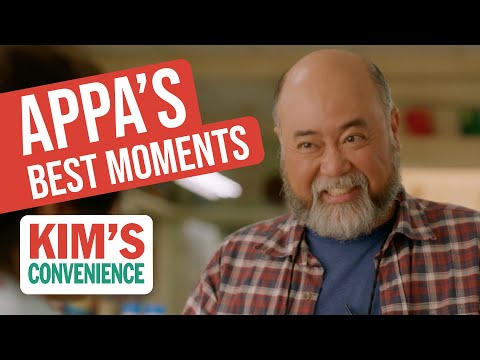 Not once has Kim’s Convenience had to rely on stereotyping or punching down to get its message across. It provides real conversations and commentary that connects with every person who watches it. It’s an honest immigrant story that serves both as inspiration and appreciation of the diverse cultures in the world.

Its cancellation, however, is bittersweet. There’s a feeling that it could still do so much more and reach a wider audience than it does. At the same time, you can’t help but smile that Kim’s Convenience existed in the first place. Maybe it’s not goodbye forever, but just OK, see you.

Tell us, are you sad that Kim’s Convenience has been cancelled? Let us know in the comments section.