In a tragic headline, Takahashi’s body was reportedly uncovered by the Japanese Coast Guard on the morning of Wednesday, July 6. The body was initially reported by a person on a passing boat when the passenger spotted him floating roughly three hundred metres off the coast of Nago City at around 10:30 am that day. The Yu-Gi-Oh manga creator was found wearing snorkelling gear, suggesting that the cause of his death might have been some kind of diving accident.

Japanese Police are working alongside the Coast Guard to investigate the exact circumstances behind the apparent tragic accident.

As famous as the world of Yu-Gi-Oh is in modern culture, not many people are familiar with the creator’s original manga books, however, they are with the multitude of media that has been spurred on by his creation.

Kazuki Takahashi’s original Yu-Gi-Oh manga was running for just under a decade, from 1996 until 2004, in Weekly Shonen Jump. His original manga is not often the focus of the pop-culture franchise but is attributed to the creation and inspiration of the rest of its pursuits such as the hit card game by the same name in 1999 in Japan. Takahashi’s works also inspired anime based on his manga, video games, and a massive range of toys that accompanied the hit card game.

On 7 July 2009 Yu-Gi-Oh was named the top-selling trading card game in the world by Guinness World Records, a title that is well deserved. As of January 2021, the trading card game has estimated that 35 billion cards have been sold since its launch in 1999.

Kazuki Takahashi won Comic-Con International’s Inkpot Award in 2015, a highly sought-after prize which is only offered to creators for outstanding contributions to the world in the form of comics, sci-fi, animations, TV, film, and fandoms.

The franchise, in all its facets, is still popular to this day, with international card tournaments being held each year all around the world. It is currently unknown what effects the death of the original creator will have on the franchise. As the manga has not been actively running since 2004, and the franchise has all but exploded in the last eighteen years, it is unlikely that it will spell disaster for the pop-culture phenomenon that is the Yu-Gi-Oh franchise.

While not much is known about his passing as of yet, it is tragic to see the loss of such an influential artist of manga history. The tragedy has not yet settled in for the Yu-GI-Oh community, however, fans’ thoughts and love are with Kazuo Takahashi’s loved ones during this tragic time. 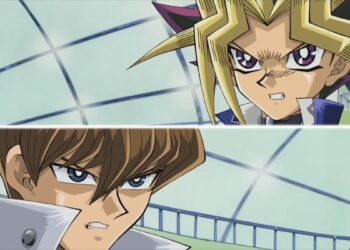 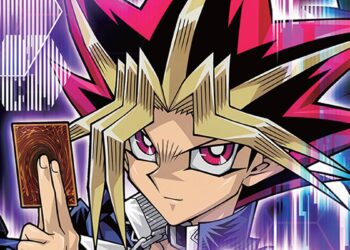