Justice League vs. The Fatal Five – A Disappointing Return To The DCAU 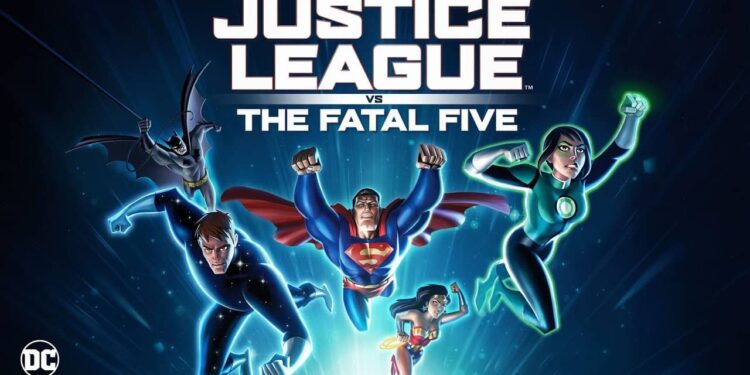 First the good news: Justice League vs. the Fatal Five is set in the iconic Bruce Timm’s DC Animated Universe – making it a part of the interconnected brilliance that included the classic Batman and Superman animated shows as well as Static Shock, Batman Beyond, Justice League and Justice League Unlimited. Meaning that the animation style, several of the original voice actors and even the music all fit perfectly.

Now the bad news: Justice League vs. The Fatal Five isn’t up to the lofty standards that came before. It may be a reunion of sorts and a welcome return of the style, but it feels like a massive missed opportunity and the end result is a huge disappointment.

In the 31st century, the Legion of Super-Heroes are defeated by three members of the Fatal Five: Persuader, Mano and Tharok. The villains steal a time-sphere and make their way to 21st century Metropolis, in a bid to capture Jessica Cruz – the latest member of the Green Lantern Corps. However, they’re not alone and LSH member Star Boy has travelled with them, ensuring that they remain contained… for a while. Upon their arrival, the mentally unstable Star Boy is placed in an asylum by Batman while the sphere undergoes studies by the Justice League’s Mister Terrific. 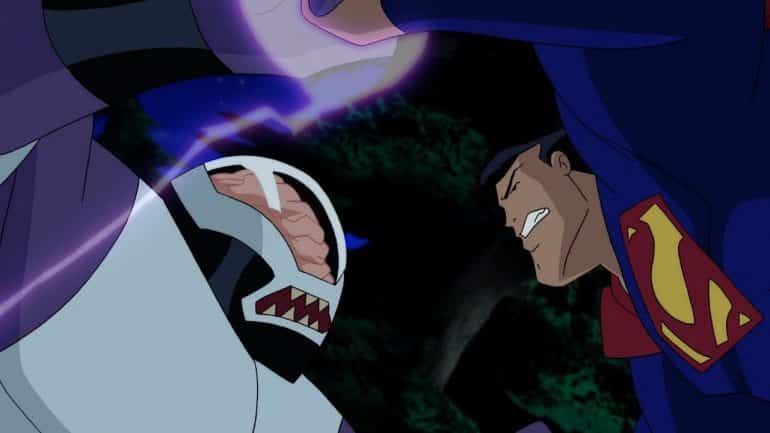 When the members of the Fatal Five are accidentally released, they reign chaos upon the city and the Justice League struggle to limit the damage they’re causing. When Batman realizes that Star Boy may hold the key to defeating them, it’s up to Jessica Cruz to form a bond with the time-tossed hero. But with the world, the universe and the future all in peril, the understaffed Justice League are hopelessly outmatched and only the rookie Green Lantern – untested and unsure of her own abilities – can change the odds in their favour.

There’s no doubt that Jessica Cruz is one of the finest recent additions to the DC Universe, and he she gets a well-deserved push to make her more recognizable to audiences. With her fascinating and tragic backstory, she’s an interesting character and is portrayed well. Her empathy with Star Boy is particularly touching and their relationship is one of the best elements of the whole film. Unfortunately, by making so much of the plot and resolution revolve around her, it makes the rest of the Justice League appear redundant to the story. She’s built up as such a pivotal character that their presence is reduced to being little more than background characters who are allowed to take part in some fight scenes. 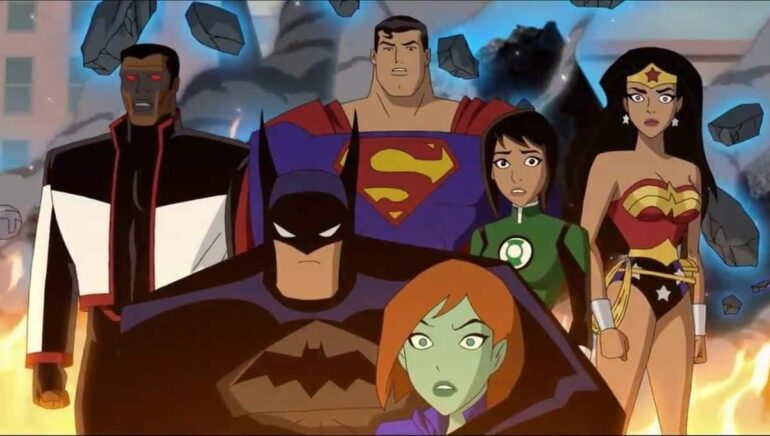 Along with Jessica Cruz, it’s also good to see Mister Terrific getting some screen time and, hopefully, he’ll receive a similar push in the future. Rounding out the League is a sadly underused Miss Martian, although her presence alone provides a few quick laughs. However, if old fans of the JLU are hoping to see a return of their other favourite characters and the camaraderie of the classic series, there’s not much more than a few references. As for the LSH, other than some minor cameos there’s even less time given them than the League proper.

The story in Justice League vs. The Fatal Five is functional, but drags along with a lack of energy. The high moments are quickly let down by poor pacing, weak characterization for many characters – most notably the villains – and some glaring plot holes. There’s a striking lack of continuity from the JLU days too… after all, didn’t Supergirl opt to stay in the future with the LSH and Brainiac 5 in the episode Far From Home? Yet there’s no mention of any previous League dealings with them, even in passing, and no indication that Superman cares about his cousin at all. That may seem like nit-picking, but it highlights how genuine opportunities were missed. 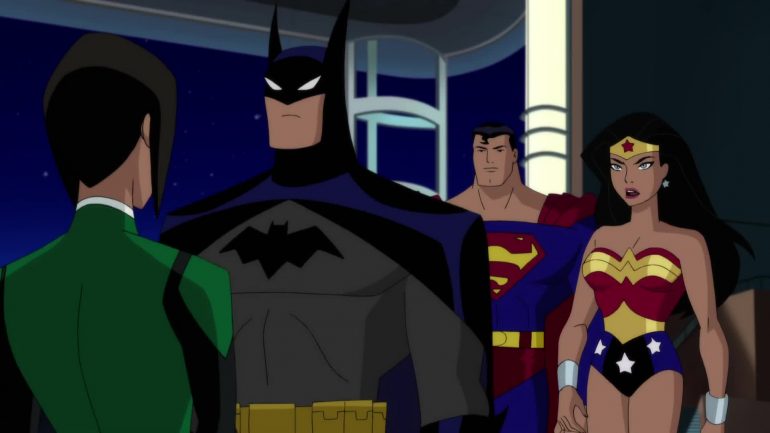 While the action sequences provide a few surface thrills, the writing misses the high standards the DCAU used to set and occasionally seems mean-spirited. The addition of swearing doesn’t help the cause either.

Yes, it’s good to see a return to the DCAU and, as a story which highlights Jessica Cruz, it’s worth watching. However, it certainly isn’t the quality production many will have been hoping for and Justice League vs. The Fatal Five may leave many long-time feeling disappointed at how hollow it feels. 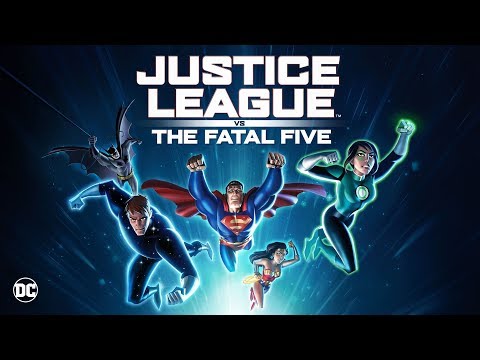 Justice League vs. The Fatal Five

The latest Green Lantern shines in a lacklustre JLU adventure.