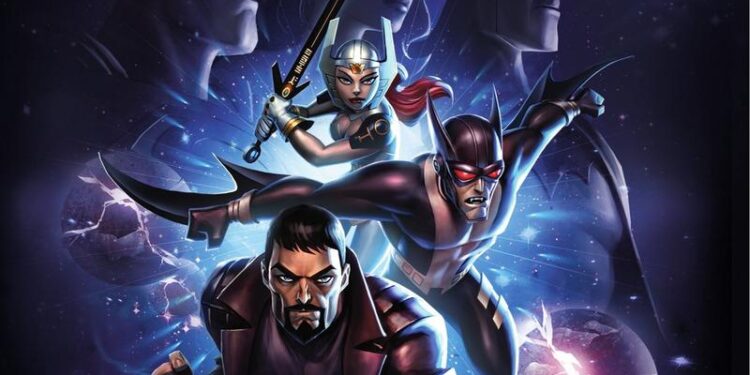 DC breaks away from the New 52 and Batman films in order to give us an animation unlike any other. It cashes in on their alternate Earth’s in order to bring us a trinity of anti-heroes, The Justice League. The traditional Justice League team is there, but they have only remained the same by name. Superman is Lar-Zod the son of Lara Von and General Zod. As Krypton faces destruction, thanks to Zod’s erroneous decisions, Jor-El and Lara attempt to fire off an embryo into space. However, their plan is foiled by Zod and he fertilises the egg with his own genetics in the hopes that his child will conquer the universe. Much like the traditional story, this child crash lands on Earth and is taken in by a couple. However, this couple happen to be Mexican farm workers and not American farm owners.

Batman is Man-Bat. Yes, Kirk Langstrom has put on the cowl and become a Batman that is an actual vampire – with all the usual benefits associated with vampirism and none of the death by sunlight side effects. (His origins are similar to The Legion of Monsters Anti-Hero, The Living Vampire Michael Morbius.) Kirk was a gifted biologist who decided to use himself as a guinea pig in order to clear himself from cancer. He ends up turning himelf into a bloodthirsty vampire. In order to satisfy his hunger, he makes the decidion to feed off those that do not obey the law.

Bekka, the wife of Orion, is this Earth’s Wonder Woman. Bekka is given a sword from Orion; a wedding gift for his future wife. He and Bekka were to wed in an attempt to draw a truce between the Highfather and Darkseid. Darkseid gave his blessing but was betrayed by the Highfather as the union between Bekka and Orion became a “Red Wedding”. Regretting her actions, Bekka uses the mother box in her sword in order to teleport herself to Earth so she can start afresh and use her strength to protect the weak. The Justice League rule with an iron fist and criminals tremble in fear. They are expendable when in the path of the trinity. The level of violence in this film is quite graphic. This is one for the older viewer. Superman crushes enemies, Wonder Women slices through enemies and Batman feeds off of them. This makes for violent action sequences that we are not accustomed to seeing. When the league is accused of killing some of the greatest scientists in America they need to find out who is framing them and why.

Filled with cameos, Justice League: Gods and Monsters is great. The characters are drawn well. The artists turn away from that overly muscular anime style and turn towards a more traditional style of DC drawing – a style made popular by the Justice League and Justice League Unlimited TV shows. Although the story is not complex, it is enjoyable and has a great pace in terms of storytelling. The story is made more enjoyable thanks to the superb voice-acting. Each voice actor does a great job of bringing their character to life.

Some might think that Justice League: Gods and Monsters is an unnecessary venture, but we cannot see the same stories each time. DC deserves some recognition for their attempts and efforts to keep us entertained. Whilst these might be heroes you are not familiar with, we are given the chance to get to know them as they attempt to become the superheroes that the world wants them to be. 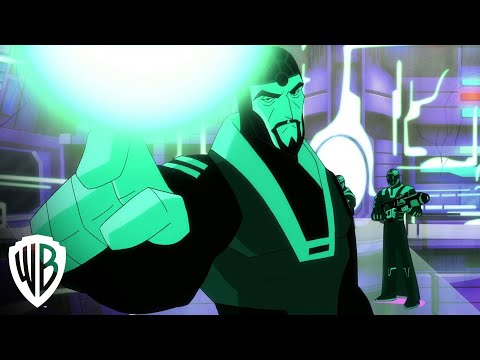