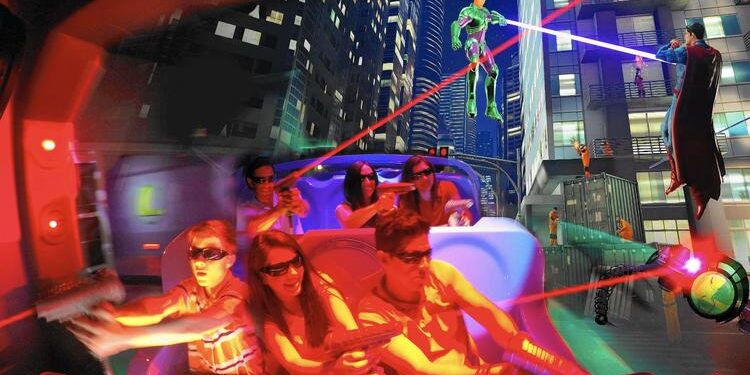 Watch two trailers for the new Six Flags attraction, Justice League: Battle For Metropolis, a 4D theme park ride that allows you to interact with your favourite superheroes and fight against Lex Luthor and The Joker.

Six Flags Great America will open the 2016 season this weekend. The 4D will involve “wind, fire, mist and fog effects and life-like animatronic characters” dispersed throughout 10 different scenes. Battle for Metropolis is also designed to be a high-volume attraction, with officials estimating that it can accommodate 900 riders per hour.

Justice League: Battle For Metropolis is a cutting edge, fully immersive dark ride experience which places you right in the middle of the action – in 4D!

As you explore the interactive Hall of Justice, you’ll be given special 4D glasses and a working stun gun to help you battle Lex Luthor and The Joker. They’ve hacked into BATMAN’s computer and kidnapped the world’s favorite superheroes, SUPERMAN, BATMAN, WONDER WOMAN, and GREEN LANTERN. Now you must bust into Lex Corp. to rescue them!

Riders will board motion-based vehicles for a wild journey through the Metropolis streets, where you’ll meet up with life-sized animatronics.

Everywhere you look, state-of-the-art 4D imagery will draw you deeper into the adventure. Your unique transporter will take you piloting through a realistic 4D environment.

Can you thwart The Joker’s evil plan to infect the city with laughing gas? Only if you’re brave enough to join the JUSTICE LEAGUE Reserve Team! 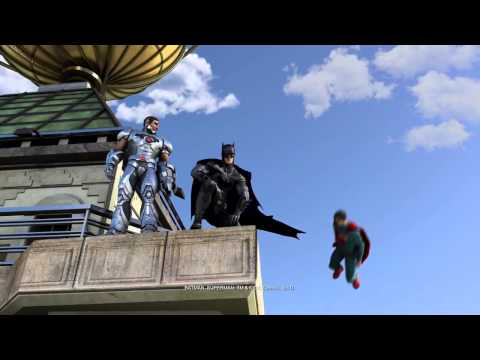 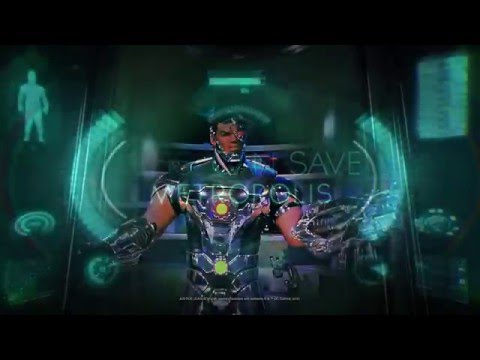 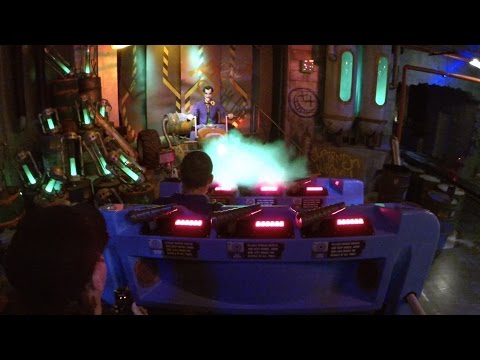 Six Flags St. Louis and Six Flags Over Texas, in partnership with Warner Bros. Consumer Products and DC Entertainment, announced the next generation of interactive thrills with the debut of an all-new 3D interactive dark ride attraction, JUSTICE LEAGUE: BATTLE FOR METROPOLIS. Guests will become members of the JUSTICE LEAGUE Reserve Team, and engage in a full-sensory journey as they battle alongside SUPERMAN, BATMAN, WONDER WOMAN and GREEN LANTERN against Lex Luthor, The Joker and his henchmen. Traveling in six-passenger vehicles, riders must outsmart Lex Luthor and The Joker and save the city of Metropolis.