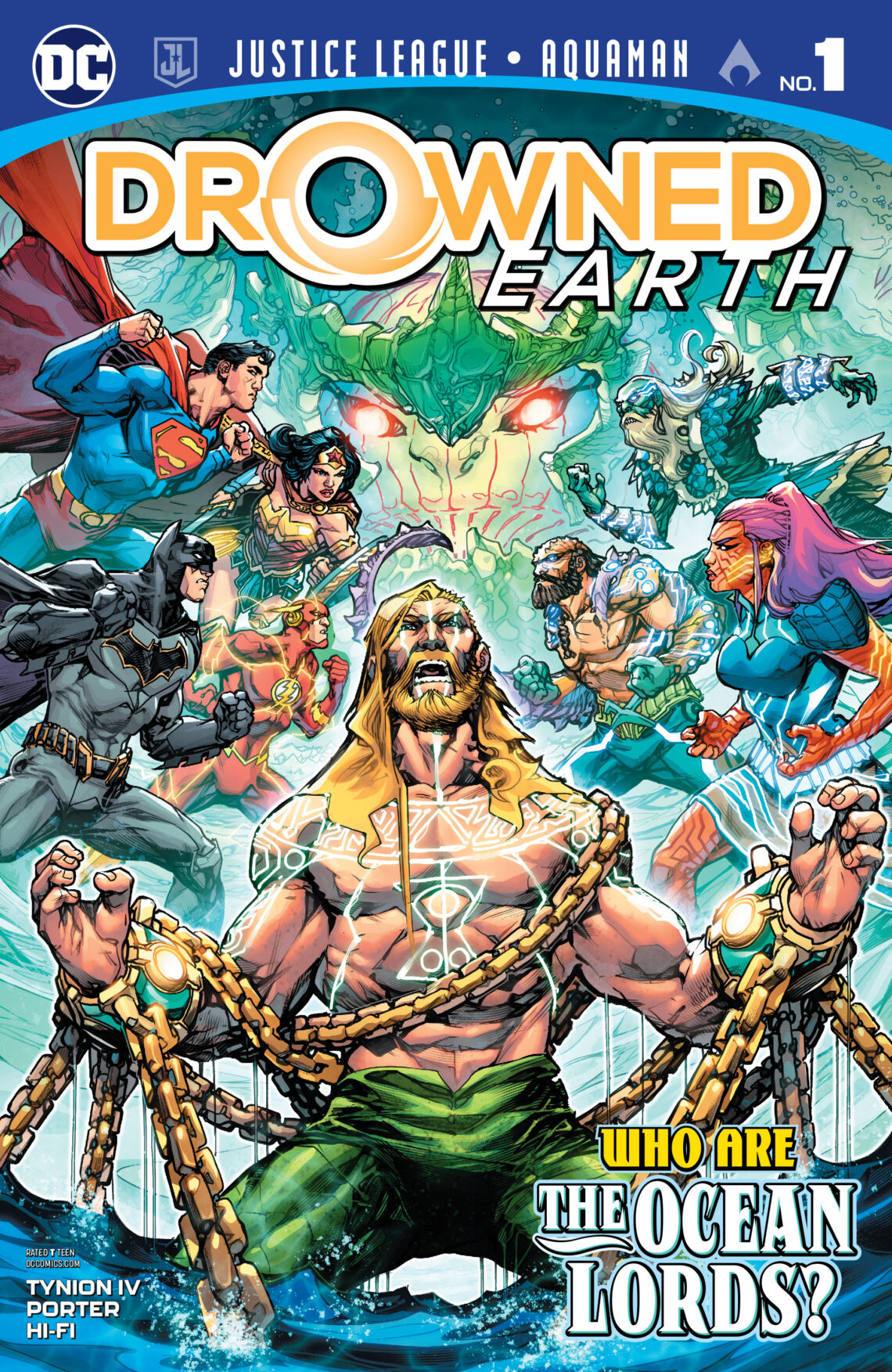 The last issue of Justice League set up a new narrative arc; one so large that it warranted its own book alongside what will be happening. 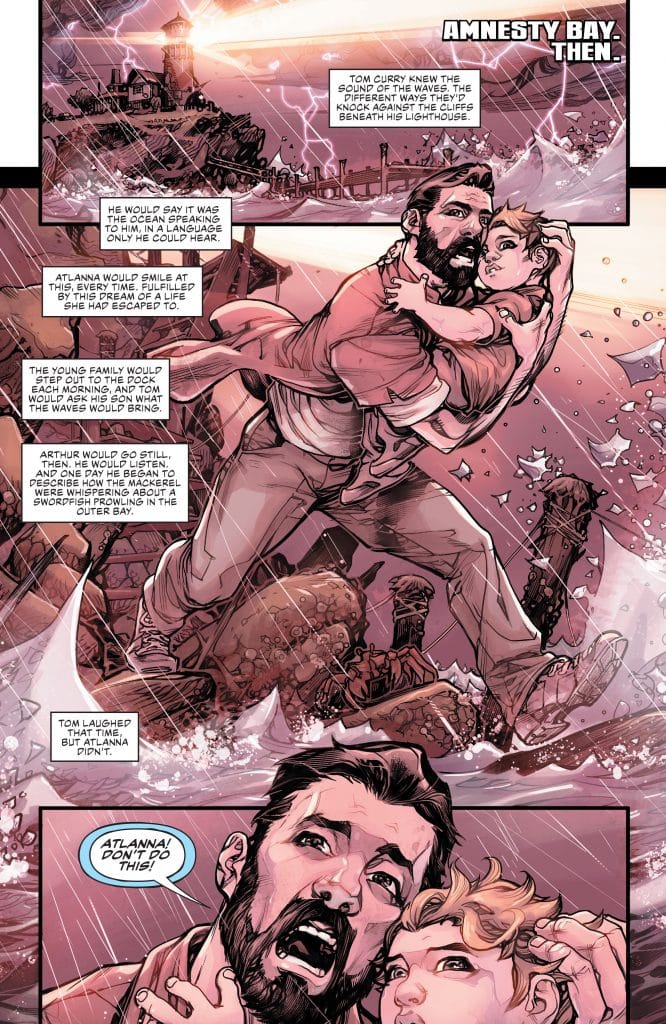 The first chapter of Justice League/Aquaman: Drowned Earth #1 nicely sets up the fate that has befallen the planet, showcasing the different locations and heroes of the DC Universe as they struggle against this new unstoppable tide. Aquaman gets top billing alongside the League and it is very much a The King of the Seven Seas centric story. With crossovers from other Atlantis titles, including the aftermath of the Mera miniseries, there is a lot of depth to the storytelling itself.

Drowned Earth #1 opens with a young Arthur and his father Tom losing their mother and wife respectively as Atlanna is called back to her duty to Atlantis. The same fear and anger can be seen in the present day as Aquaman starts to decipher what has happened to Earth. We’re introduced to the otherworldly gods, each a member of a universal council of beings that wish to find a new Ocean to rule over after being trapped in the Graveyard of the Gods for so many years by Poseidon. 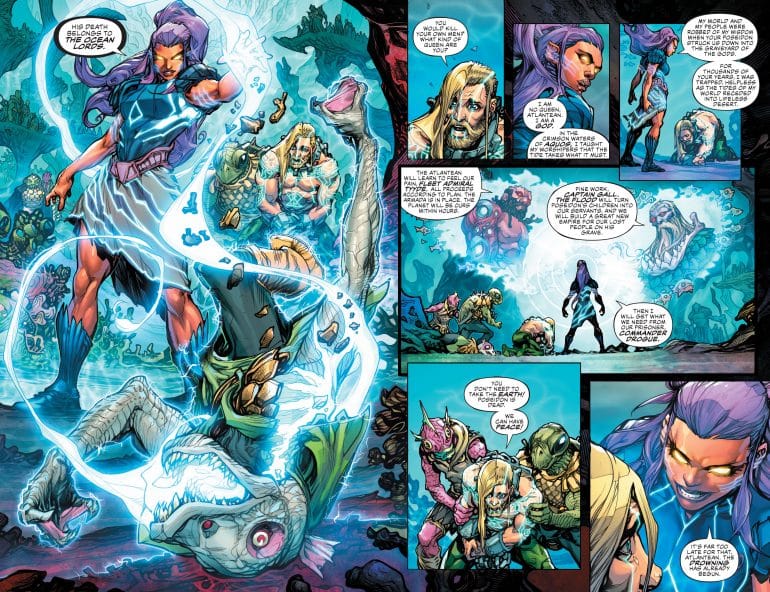 Fleet Admiral Tyyde is the standout of those introduced, although the design of The Flood, the cosmic Kraken responsible for the flooding of the world, was particularly interesting. The concept behind it adds to the story a little more. There seems to be some kind of principles to these creatures, however, with them exclaiming that they are saving an ocean that is screaming. The inclusion of Black Manta and the Legion is also a nice nod to the ongoing villains of the series and it appears that Manta himself is going to be a crucial piece of the puzzle now that Aquaman is stripped of his powers.

The League are stretched thin as this tale unfolds. With three off-world, two missing and Batman out of action, the odds are completely against them. With Flash pacing the globe to help how he can, the waters quickly catch up to them as side characters, such as Jim Gordon, are transformed into the sea creatures. Mera goes to free her old friend and foe, Orm, unpacking the fallout of the Mera miniseries.

There was a slightly odd character choice with Ocean Master claiming he did not care about the surface world. This is a poor choice of words considering he has a family there. However, his sacrifice is admirable and matches the character development we have seen for him in the past.

The end of Drowned Earth #1 sets up what’s to come. Mera is on her quest with the crown of Arion, tracing the path the legendary hero once did before. The return of Wonder Woman is also given suitable gravity, although the emergence of Batman and the crew out in space back onto the battlefield will perhaps be even more momentous.

Drowned Earth sets up a drastically different story, one that flips the status quo on its head and explores a unique part of the Universe.

Drowned Earth #1 is fun and interesting, apart from the Orm confusion I mentioned. This is stellar writing and artwork from the team once again.