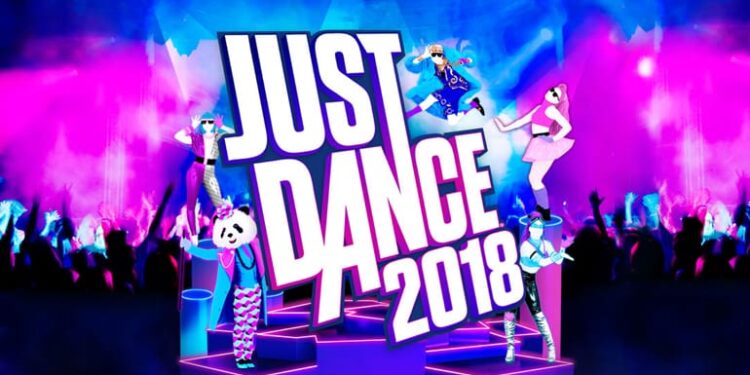 Somebody once said, “dance like no one’s watching” and boy have I been dancing like that for the past few days. When Just Dance 2018 landed on my desk for review, two things were certain. One, I would be working off all the extra pizza I’ve been chowing down on and, two, my daughters will be giving me a run for my money. If you’ve played Just Dance 2017, you’ll know what to expect from the latest instalment. Basically, you are tasked with following a bunch of on-screen prompts from your neon coloured instructor as you try and not look too silly. The game then uses the PS4 Camera, Kinect, Joy-Cons or a mobile app to track your movements and score you according to how close you mimicked the ever more difficult dance routines. It’s a franchise geared more towards those looking to get their groove on in the privacy of their own home or that just want to get a bunch of friends together to dance and laugh the night away.

While there is an overwhelming slew of new songs, some familiar and some downright weird the main formula stays the same. You choose a song, you follow the on-screen moves, and you sweat (you sweat a lot). While I found most of Just Dance 2018 familiar there are some new and welcome additions. First up is a new kid-friendly mode that mostly consists of those Disney songs you hear for months after your kids have seen the movie for the first time as well as some less familiar songs like the “help me I can’t get the song out of my head it’s taking over my mind” Bleep Bleep I’m a Sheep. Now, as a dad with two daughters who absolutely adore the Just Dance franchise, it’s great that they now have a mode dedicated to them.

Along with the new kids section, there are a bunch of new modes such as Fitness (for those wanting to get their sweat on) and Dance Lab, which features choreography for different animals and professions (acting like a flamingo as never been so much fun). First up, I had to make sure that the lighting was correct in our makeshift dance club and while the PS4 Camera did work well after setting everything up it did initially struggle a bit to detect my 6-year old daughter (and yes I did check she is definitely not a vampire). Luckily, just like the previous iteration Just Dance 2018 also has a handy mobile app that allows you to use your phone for tracking your dance moves. As long as you don’t get too absorbed into your dance routine and accidentally throw your mobile phone through your TV set the app is a decent replacement for the other motion detecting devices you could use.

After being talked into dancing to ‘How Far I’ll Go’ from the Disney movie Moana by my daughters (nobody calls me a chicken, not even my own daughters!), it was time to suck up my pride and dance like I never danced before. While it did go well for a while, my movements soon feel behind as my body started to tire. Now don’t get me wrong when in the right mood Just Dance 2018 is a fun experience, although losing (badly) to my own two kids was a tad embracing.

Next, we decided to rather work together and dance as a team and take on ‘Another One Bites The Dust’ (instead of embarrassing daddy). I’m glad to report that we make one heck of a dance team although by now I was absolutely exhausted.

Making its return is Just Dance Unlimited, the subscription service that gives members access to even more dance tracks both old and new. There is something for everyone looking to embarrass themselves while having fun, be it some old-timey classics or some newfangled pop music. The game comes with a free 3-month trial to help you decide if it’s something you would like to subscribe to. As with the previous title in the franchise, Just Dance 2018 is a blast when getting your groove on with friends and family. While it is very similar to its predecessor in every way, it does add a few new modes which are always welcome. It’s a game which, while not revolutionary by any means, still manages to ensure a great time filled with neon colours, great music and lots and lots of laughter.