I am not a huge fan of dancing, heck I barely danced at my own wedding. Yet for some unknown reason, my 5-year-old daughter is obsessed with moving to any kind of music. So when I bought Just Dance 2017 home with me for review she begged me to play the game with her. Now I wasn’t hesitant because I didn’t think that she would be able to play the game. My hesitation mainly stemmed from the fear of being beaten by a 5-year-old (that and the fact that I really don’t like dancing). After finally excepting that I might get my ass handed to me by my daughter we loaded up the game and got ready to get our dance on. Just Dance 2017, as with previous Just Dance titles, let’s players choose which input method they prefer. These include the PS Camera/ Xbox One Kinect, PS Move controller and the mobile dance app (available on iOS and Android).

I initially decided to try out the PS Camera, which perfectly detected me but for some unknown reason just couldn’t pick up my daughter even though she was flailing her arms around wildly. After figuring out that the lighting in our living room was the problem (and that she wasn’t secretly a vampire) we downloaded the app and selected it as our input method. Now we did eventually get the PS Camera to work and it did a great job of detecting my terrible dance moves, but the biggest surprise was how well the app worked. Sure it isn’t perfect but we found that it worked great for both me and my daughter. After deciding on the input method we were welcomed to a world of dance and music by a really brightly neon colored menu screen, indicating that stuff was about to get real and that turning back now was impossible. My daughter wanted us to dance and dance we would. Now as a newbie to the world of Just Dance I was expecting the game to have one mode in which you, well, just danced. I was totally wrong and pleasantly surprised as the game does offer a few interesting modes besides the standard “Just Dance” mode.

These include a mode called workout mode and boy did it work me out. This mode lets you set up a playlist so that you can dance the calories away without interruption and more importantly have fun while exercising.

Dance Quest mode has players dancing to three songs back-to-back against AI competitors as they try to outscore them by ranking in the top three. Just Dance World and Just Dance TV caters to those that want to share their amazing dancing abilities and radical dance moves online (or in my case just embarrass themselves) as well as allowing them to challenge other dancers. The weirdest of these modes is called Just Dance Machine. This mode sees players performing various dance styles which create “dance energy”. The “dance energy” created by the players is then harnessed in order to help a group of aliens power their spaceship and return home, and yes it is just as bizarre as it sounds.

Great dance moves require great music and Just Dance 2017 features some really great songs (40 in total) that got both me and my daughter’s feet moving to the beat. These songs include, Sia’s “Cheap Thrills”, Justin Bieber’s “Sorry”, Ariana Grande’s “Into you” and of course no playlist is complete without a Queen song. Each song is accompanied by a thematically appropriate brightly colored dressed dancer (or group of dancers) that lead the players through the various moves, it’s quite the visual showcase. Now, I never expected myself to EVER enjoy dancing, but as you could probably guess I really enjoyed playing Just Dance 2017. Does it have to do with the fact that the game gives me the opportunity to spend some quality time playing games with my daughter? Definitely. Did it get my feet moving for the first time in years? Jip (even if it did look awkward). Most importantly did I have fun doing something that I initially despised (even if my daughter did beat me many times)? Hell yeah. Just Dance 2017 might not be for everyone, but everyone should at least give it a try. It taught me that my whip and Nae Nae wasn’t as bad as I thought and that you don’t need dollar bills to have fun, just a copy of Just Dance 2017. As a great party game, you’ll be hard-pressed to find anything better. Now if you’ll excuse me I need to sharpen up on my dance moves and finally beat my daughter. 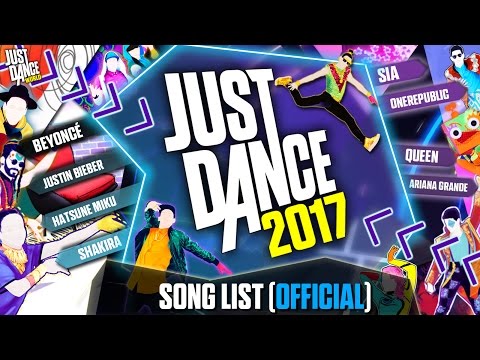