Jurassic World 3 Could Basically Be Dino-Riders Truthfully, where else can Jurassic Park, or Jurassic World, go anymore? There have been five films that have suggested humans messing around with dinosaurs is a bad idea. Yet, Jurassic World 3 is a go for 2021, with director Colin Trevorrow returning to helm the film. Jurassic World: Fallen Kingdom ended with the prehistoric creatures let out into the world, so the sequel will likely follow the events from there. While this is a plot that was explored, briefly, in The Lost World: Jurassic Park, there’s another interesting angle that the last two Jurassic World movies introduced: the genetic modification and weaponising of the dinosaurs. In other words, the whole premise of Dino-Riders.

If you’re unfamiliar with Dino-Riders, it was a popular Tyco toyline in the late ’80s, which had its own short-lived animated series. The series pitted the good Valorians against the bad Rulon Alliance on prehistoric Earth. The Valorians and Rulons both used the dinosaurs in their battles, riding and attaching weapons to the creatures. The toys proved to be a sensation due to their high levels of detail, originality, and the rising of popularity of dinosaurs in popular culture (remember, this was even before Jurassic Park hit cinemas).

Unfortunately, Dino-Riders had a short lifespan, hanging around for three years on the shelves before making way for other toylines. It was a normal thing back then. Even so, fans never forgot about it, and Mattel was reportedly interested in developing a live-action film in 2015—though the news has gone cold on that front. 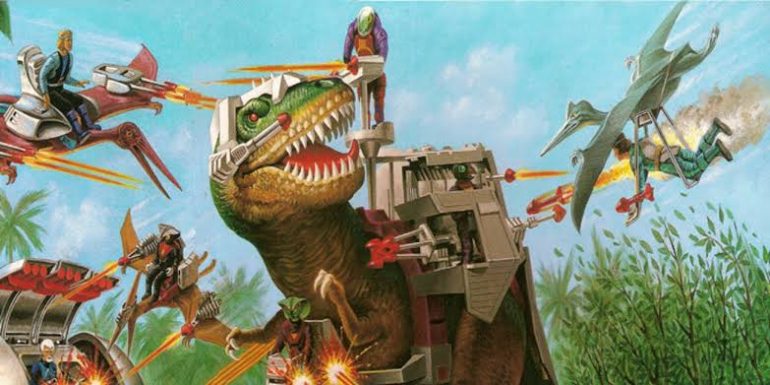 While a Dino-Riders film might be unlikely right now, its elements could find a way into Jurassic World 3. After all, would any fan be disappointed to see Chris Pratt’s Owen Grady riding around on the weaponised velociraptor Blue? It’s been teased for so long that it’s the only logical—if we can even call this franchise that at this point—progression. Maybe a big battle will be necessary to save the planet from truly becoming overrun by dinosaurs?

Jurassic World: Fallen Kingdom made over $1.3 billion at the global box office, but its reviews were negative to mixed for the best part. Undoubtedly, the studio Universal Pictures won’t care about bad reviews if Jurassic World 3 pulls in a similar haul, but it might want to give fans a little more this time, especially with the returns of Sam Neill and Laura Dern to the franchise. And what would be more outlandish and cinema-worthy than humans riding around on dinosaurs and doing battle? 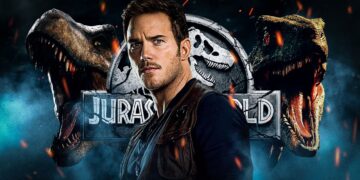