The First ‘Jurassic World 2’ Photo Has A Mysterious New Character 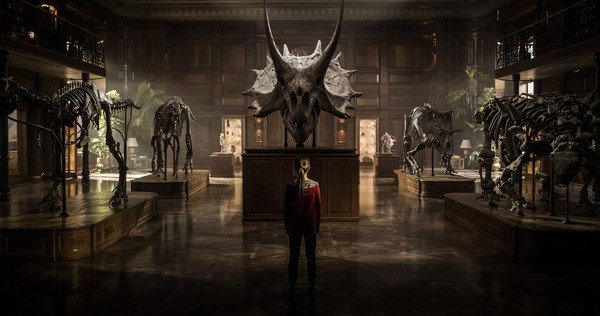 The image features an unknown girl standing in front of a big dinosaur skull (well, a few dinosaur skulls) in what is either a museum or the trophy room of an obsessed collector.

Jurassic World 2 is being directed by The Orphanage‘s J.A. Bayona, and will be in theaters in 2018.

“Every story is different and you need to find the depth of every story and try to express it on the screen,” Director J.A. Bayona recently told Coming Soon. “The ‘Jurassic World’ sequel is a more collaborative filmmaker experience, not only with Colin Trevorrow, but also with Steven [Spielberg] and with Frank Marshall. It’s their baby as much as it is mine. It’s about sharing views and working together to bring the story to life. But, at the same time, the way I face telling a story is to find something very personal. I think there will be plenty of myself also in the film.”