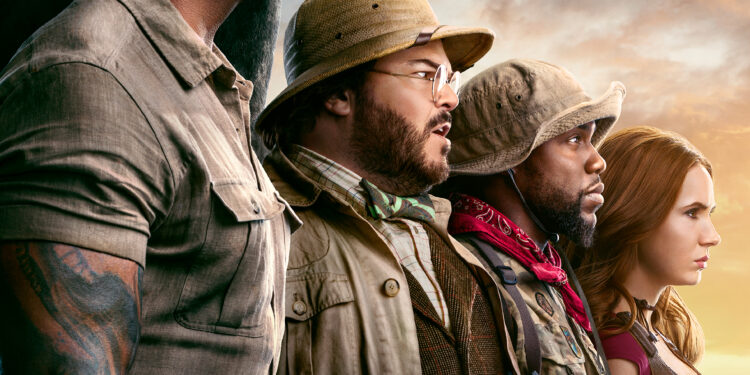 Jumanji: The Next Level, much like its predecessor, remains an above-average family-friendly feature. However, despite the addition of a few new excellent cast members, like many sequels, it ends up being simply more of the same, and less interesting as a result.

Jumanji: The Next Level stars the same cast of characters as 2017’s Jumanji: Welcome to the Jungle. Our core characters of Spencer, Fridge, Martha, and Bethany return, now all finished with high school and having moved onto college. While the rest of the group are living their best lives, Spencer is struggling with anxiety over his future, and draws himself back into the fantasy-video game world of Jumanji, in an effort to reclaim the feel of what it was like to inhabit Dwayne Johnson’s body for a time. Seems fair. 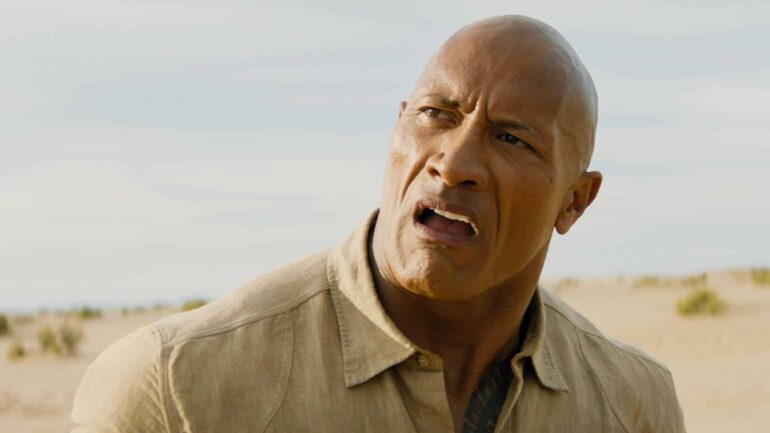 His friends log back into the game to rescue him, but this time they are joined by Spencer’s grandfather Eddie (DeVito) and his old partner Milo (Danny Glover). For those of you unfamiliar, inside the world of Jumanji, each character inhabits an avatar, played by a different actor. Therefore, we do not simply have Dwayne Johnson acting out a role, we have Dwayne Johnson pretending to be Danny DeVito, who is trapped inside Johnson’s body. These bits of mind-bending acting are actually the best parts of the film, and must have been enormous fun to film, and you can really sense that playful energy coming off the screen. Newcomer Awkwafina plays the role of Ming, a roguish thief, but as with all the other avatars, she has to adjust to whichever character is actually controlling her, which she does with aplomb.

The main thrust of the plot is that the rest of the characters are looking for Spencer inside Jumanji, and once they find him, they can only escape the video game world by finishing the quest that has been assigned to them. They must retrieve a magic gem from a warlord, played by Rory McCann (the Hound from Game of Thrones). Along the way, they travel through various set pieces, like a desert, a jungle, a frozen mountain, and so on. The structure of the story, being a video game, lends itself easily towards big set pieces like these making sense, as each one is a “level” in the game.

The quest itself and Rory McCann’s villain are not really much of anything – we know they are in the game, and these characters are therefore NPCs, little better than robots. The idea is that the drama comes from our main characters interacting with each other and growing as people, which does happen, but it never really feels impactful. The characters go on much the same arcs as they did in the first movie, and the only interesting new one is between DeVito and Glover’s characters.

Ultimately, Jumanji: The Next Level is pretty much just an example of a fine movie that is fairly entertaining. The concept behind the characters acting out different people is the most fun the movie has. The jokes are okay but not really laugh-out-loud worthy, and the actors themselves are well-chosen and excel in their roles. Aside from that though, it’s not a particularly memorable movie, and lacks the originality of its predecessor.

If another Jumanji film is made, I hope it innovates a little more, but judging from the teaser in this one at the credits, that does seem like a possibility.

One final highlight of my specific showing of the film was to watch it at the new IMAX theatre at Blue Route Mall in Cape Town. That certainly did add to the appeal and experience of the film, and the overall effect was very thrilling, as IMAX showings usually are. It is fantastic to have an IMAX theatre servicing this area, one of only eight in South Africa at time of writing, and Jumanji was a fun way to break in the new technology for this community. 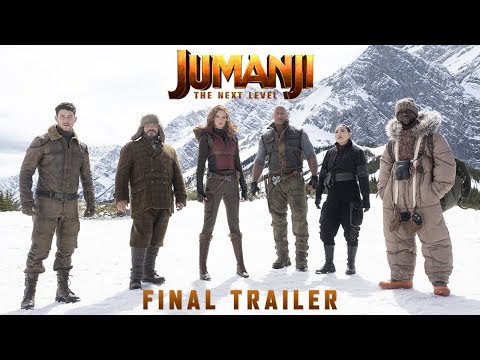 Jumanji: The Next Level

Take the kids to see this one in the holidays, but I can’t really recommend you spend time on it by yourself.