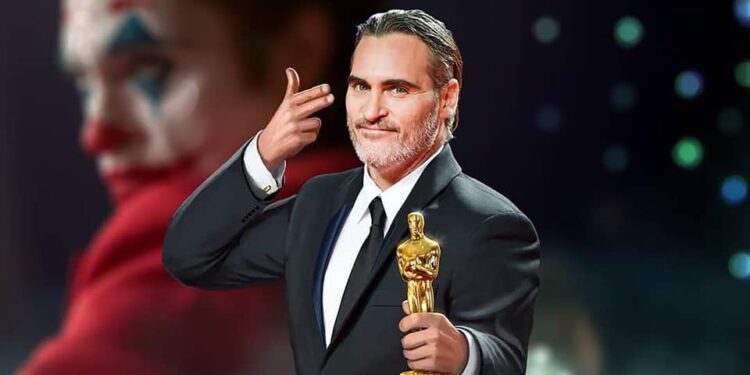 Despite the efforts of US journalists to sway the judges, Todd Phillips’ Joker took home two Oscars on Sunday evening – Best Original Score for Hildur Guðnadóttir and a well-deserved Best Actor for Joaquin Phoenix.

Phoenix, who was always considered the frontrunner for the award, has become the second performer to win an Oscar for playing the iconic Batman villain after Heath Ledger won Best Supporting Actor in 2009 for Christopher Nolan’s The Dark Knight.

Joker was nominated for a total of 11 Oscar nominations, including Best Picture and Best Director, making it the most nominated film at this year’s 92nd Academy Awards.

Joaquin Phoenix has dominated the awards season by collecting Best Actor trophies from the Golden Globes, the Screen Actors Guild Awards, the Critic’s Choice Awards, and the BAFTAs.

Over the last few months, Phoenix and director Todd Phillips have been teasing the possibility of a Joker sequel movie. However, with all these awards, it seems less likely. When asked about it at the Golden Globes earlier this year, Phoenix suggested that the idea a “Joker” sequel would be made as a cash grab. “I don’t think that I’ve ever done too many predictable things,” he said. “So if [a ‘Joker’ sequel] came up it’s not because Todd or I are following some rule book. It’s because we feel inspired to explore the character more thoroughly. That’d be the only reason for me to do it.”

Joker was released at the start of October by Warner Bros. and has had a staggering global gross of $1.06 billion, making it the highest-grossing R-rated film in history. There is definitely scope to do more. But should they?

Do you think Joaquin Phoenix deserved the Oscar for his performance as Joker?