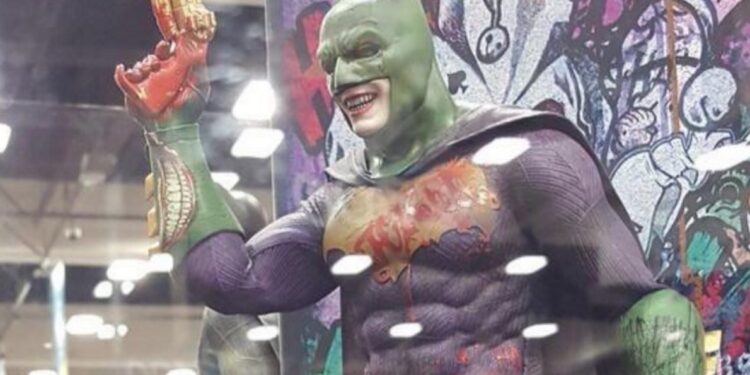 These pictures of a Suicide Squad Joker Batman imposter costume were taken at a Hot Toys display. Does this mean that the Joker will have a fake Batman costume in the upcoming Suicide Squad film? It sure looks like the Clown Prince of Crime may be getting his very own Batman suit. At least that’s how it seems. The action figure stands next to a label that says The Joker (Batman Imposter Version). This might be a spoiler. But it’s hard to tell if this is just a toy or a film replica.

Here are some sweet photos from #SDCC of Batman w/ breather and an alt. Joker Batman. Pretty dope. #SuicideSquad pic.twitter.com/UrzFMZNyqp